Yes, I Hate Republicans And No, I Will Not Apologize
Odyssey 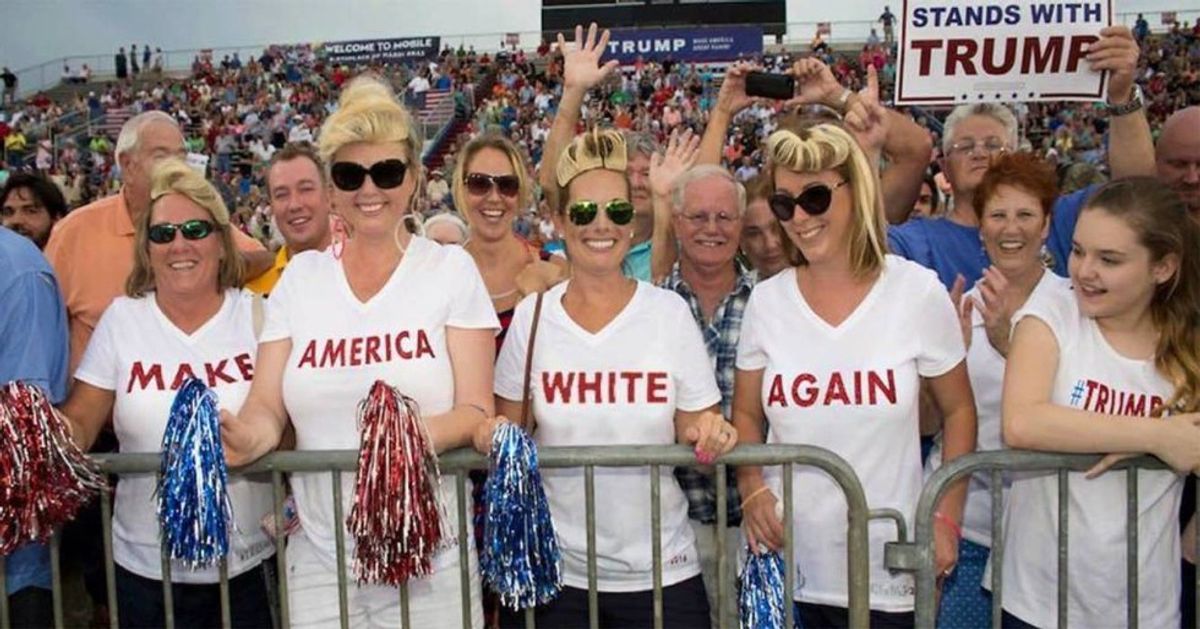 TRIGGER WARNING: If you are thin skinned and right-winged, best avoid this article (that means you, Donald) Generalizations and ignorance will follow.

There are two kinds of Republicans: the ignorant and the evil. Either they are uninformed and dumb or aware of the world and other cultures other than their own and just too corrupt or bigoted to care. It's just that being a Republican seems to now stand for religious nuts, rich, rednecks, and racists. This current election cycle has only increased my deep seeded hatred for the right-wingers even more.

And I can't help myself, but whenever I find out someone who I have been talking to or have been friends with is a Republican, I let out an audible “ugh, really?" I can not hide my disgust. I do think differently of Republicans.

And yes, I am aware I sound ignorant and I am generalizing. Kind of like bigots do when they generalize people of other races/genders/sexualities. Doesn't it upset you, how I am generalizing your entire group? Doesn't that get under your skin? Doesn't that bother you? Doesn't' that make me sound ignorant? Now you know how the majority of Americans feel: women, people of color, and anyone who is a straight white person. Congratulations: you are on your first step to empathy, something I realize is very hard for you to feel.

Republicans are coming into this country, bringing drugs, raping people, but some I assume are good "people." Doesn't that hurt your feeling a little bit? Doesn't that bother you? Doesn't that make you scared for what would happen if I were elected president? That's how Latinos feel about Trump. Welcome to your first lesson is feeling for others.

Trump supporters say “You lost, respect my opinion." But your opinion disregards someone's else's existence. This isn't “I don't think the movie 'Mean Girls' was very funny." That's a valid opinion, one I disagree with, but valid. But this, this opinion is “I don't think gays/people of color/women matter." I'm going to fight you on that. And I am going to fight with passion. Because that is not an opinion. That is hate.

And I have and will drop you people from my who support Donald Trump. It shows who you are, where your values stand. It shows you true morals (or lack of). This election divided this country because it showed our true colors. And that color is white. When it came down to matters of our money and entertainment versus matters of our empathy.

You voted for the candidate with the catechist slogan. You rather would have had a hat and a reality star for president than a competent woman. You voted for someone you want to watch on TV and read about. We all ate up the articles, the clips, the jokes, and the memes about Trump.

The KKK endorses our president-elect. The KKK. My right-winged friends, try to imagine you were not born with a silver spoon in your mouth. Imagine every day you are demonized based on your skin color. Imagine you are stopped by police twice as often.

Imagine how likely you are to be wrongly shot at one of those stops. And imagine that the man who murdered you will continue to walk free, even worse, continue to abuse his power in the community. For five seconds, step out of your suburban/rural bubble and put yourself in someone else's shoes.

If only people of color voted, every state would have voted blue. That's terrifying. This is a terrifying infographic. Donald Trump would not have won a single electoral vote. Really, read the asterisk. It doesn't matter if they are men, women, educated, poor, rich; they will always vote for the side that doesn't hate them. This is a racial divide in the country. This is not about health care or taxes. This is about race. This is about ignorance. And this is about fear

And what is so terrifying about PC culture? Oh, I'm sorry, empathizing with others and having respect for another human being is so terrible we really need to end this culture of tolerance and acceptance.

It so terrible to want to love and respect people of other races/genders/sexualities. I grew up with the privilege of being a white, straight, middle-class female. I have never faced racism. I have never faced bigotry in my life. But I have empathy. I feel for people who do not have the same rights/privileges as me.

The hypocrisy of Republicans baffles me.

“But Muslims are terrorists and they are more likely to commit acts of terrorism." Actually, no you're wrong. The majority of mass shootings, acts of terrorism, that take place in this country and perpetrated by white men. If you want to be afraid of someone, be afraid of yourself, white people, and I am saying that as a white person. Just because someone is a member of a different group than you does not make them dangerous.

If you talk to a Republican about universal health care, you'll probably get called a “communist." So the idea is to take poor sick people and make them even poorer for the sake of saving rich people money they can afford to lose? Give me a break. But, according to Republicans, we need less government and more accountability for yourself. Well, if you are concerned with money, we should bring the troops home.

But oooooh, that's right, Republicans, we should continue to spend hundreds of billions of dollars every single year to occupy other people's countries and killed unarmed citizens for the primary objective of keeping American citizens safe, when millions of American citizens are getting sick and dying on our own soil yearly.

According to their logical, we need to spend more money fighting ISIS than we do diseases at home. One of those causes a lot more deaths and dollars each year than the other.

And in regards to the burning of the American flag—yes I disagree with publicly disavowing America. America is still good. There are still about half of us that voted for Hillary, that voted against hate. But when Democrats get mad, they don't hurt people, they hurt cloth, an inanimate object. When Republicans get mad, they hurt black people, gay people, and Muslims. They get mad that a piece of cloth is burned but don't care when unarmed black men are getting shot.

And the double standards with women are almost comical. Michelle Obama, when taking her first lady photograph, wore a classy dress, that happen to not have sleeves, Republicans raised hell. They spoke for hours and hours how the morality of this country is crumbling, how women have no self-respect no days.

Melania Trump has posed nude I'm not saying there is anything wrong with that. I think A women can do whatever they want with their body. But do you think Republicans will spend any time talking about that? I do not see Fox News covering that for three days straight about the crumbling morals of this country. There are nude photos of our first lady. Where are their Christian values now?

And to the Republicans saying “Stop being so dramatic, get over it," maybe you should listen to your saving grace, Donald himself, when he said after Obama won the presidency “We can't let this happen. We should march on Washington and stop this travesty. Our nation is totally divided!"

Hmm, whining and crying and calling for revolution when you don't get your way, but calling the other side babies when they do the same? Donald Trump said it himself in the final debate: he responded “I'll keep you in suspense," when responding to a question about the peaceful transition of power? You think if Trump lost this transition would have been peaceful? Cough Cough, hypocrite much?

We are living in an Orwellian nightmare with a military police state. In 2015, the government spent 460 BILLION dollars giving police, local police, military grade weapons. Possibly to prevent uprisings, riots, and movements. The common man will not overthrow the bourgeoisie. The NSA is monitoring everything we do online. Big brother is watching. The lower classes continue to become more and more oppressed. The wealthy stay in power.