The Harm In Playing Hard To Get
Odyssey

The Harm In Playing Hard To Get

In reality, this is a cover up so that you wont get hurt and you know it. 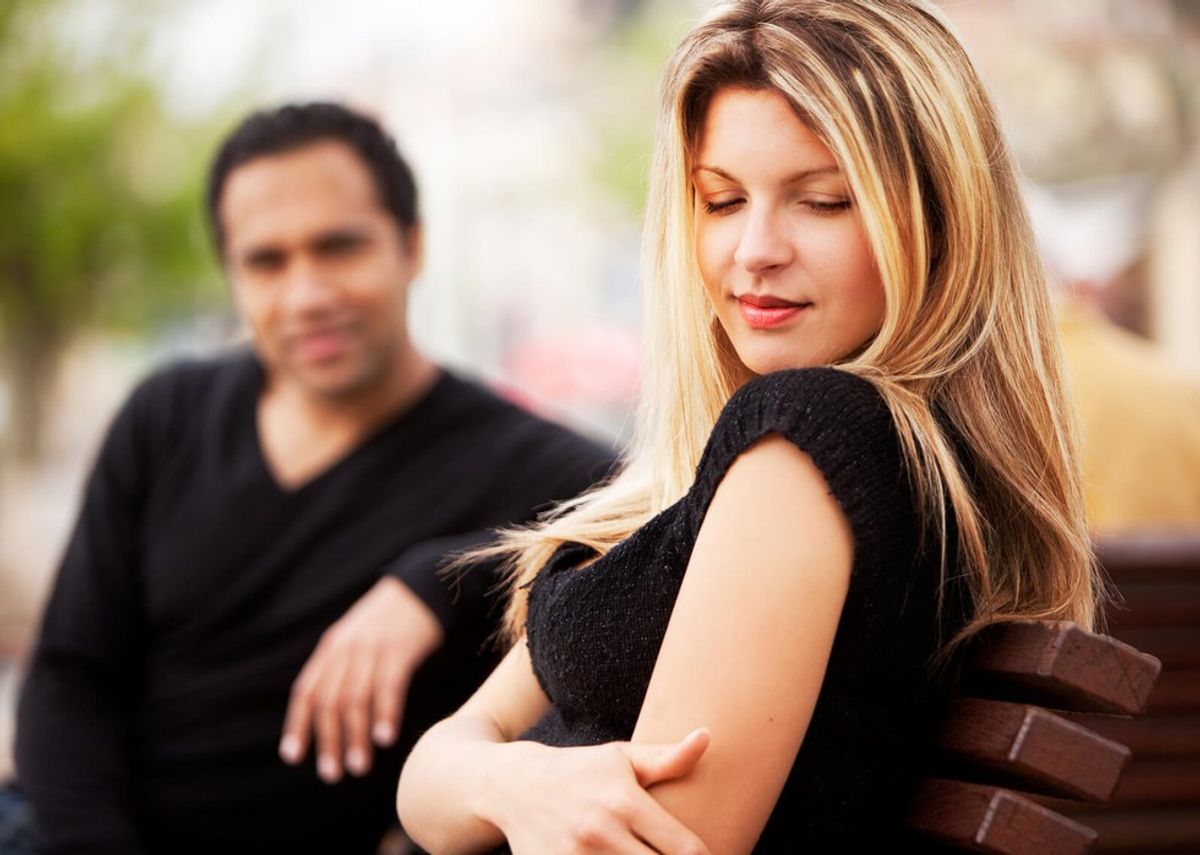 When a woman has her guard up, consider it the Great Wall of China. Physically, the battle of the sexes is over, and men have won—they will always be stronger physically. However, mental strength is an entirely different element of power that humans possess, and women have proven to dominate.

As a woman, I have recognized that I am a peculiar being—indecisive, indirect, and independent. These can be good and bad attributes depending on how they are used.

I noticed a lot during college. Now that I am at the end of my collegiate time, I've seen my share of different women and how they present themselves to men. I came to the conclusion that there are two main types of women:

The play hard to getters and the hopeful romantics.

(Again please note that I did say the word MAIN. Obviously, there can be more, however, this opinion comes from my own observations.)

I fell into the category of the play hard to get. However, many of my friends were the hopeless romantics. I would watch as they would throw themselves into relationship after relationship. Heartbreaks became a norm, but they didn't care. They wanted it.

They wanted someone to love.

And they were willing to get hurt over and over to have it.

I used to view them as weak and foolish. I used to claim that I was going to be single forever because I was above acting crazy. No one was good enough for me, and relationships were pointless.

I used to think I had nothing in common with this type of woman, after all, I was confident happy and satisfied with not having a man.

I had way more in common with these girls than I realized.

We both got ready in full makeup, clothes, and hair. Even if it was just to the movies with our friends, or to go eat dinner in the cafeteria. All of us were dressing up for the same reason—attention.

Both groups of women get the same feeling in their stomach when a guy they desire gives them the time of day, and attention they are looking for.

I wanted the same thing as these hopelessly romantic women, they just outwardly expressed it, while I was an arrogant coward. I was so afraid of getting hurt, so I shut the possibility out for a really long time. I ended things with anyone I could have potentially gotten close with because I couldn't take a chance—unlike my courageous friends.

Now that I am happy and in a relationship—I realize how brave the hopeless romantic women are. If I would never have changed my ways, I wouldn't be where I am today.

To the hopeless romantics—never stop searching. Don't be reckless, you have to be smart. You are the bravest type of woman there is. Keep putting yourself out there to find love, and don't give up.

To the woman who is playing hard to get—I understand where you are coming from. Keep being picky, however, don't make it impossible. When someone spectacular comes your way, don't let them get away.

Mental toughness can go both ways as a woman. When we put our guard up, it's strong enough to not let anyone—which can result in never letting anyone get close to us. However, mental toughness is also being brave. And letting people in, while also being smart about it.