Hamilton, One Song At A Time
Odyssey

Hamilton, One Song At A Time

Sometimes I wish I had never listened to this musical. 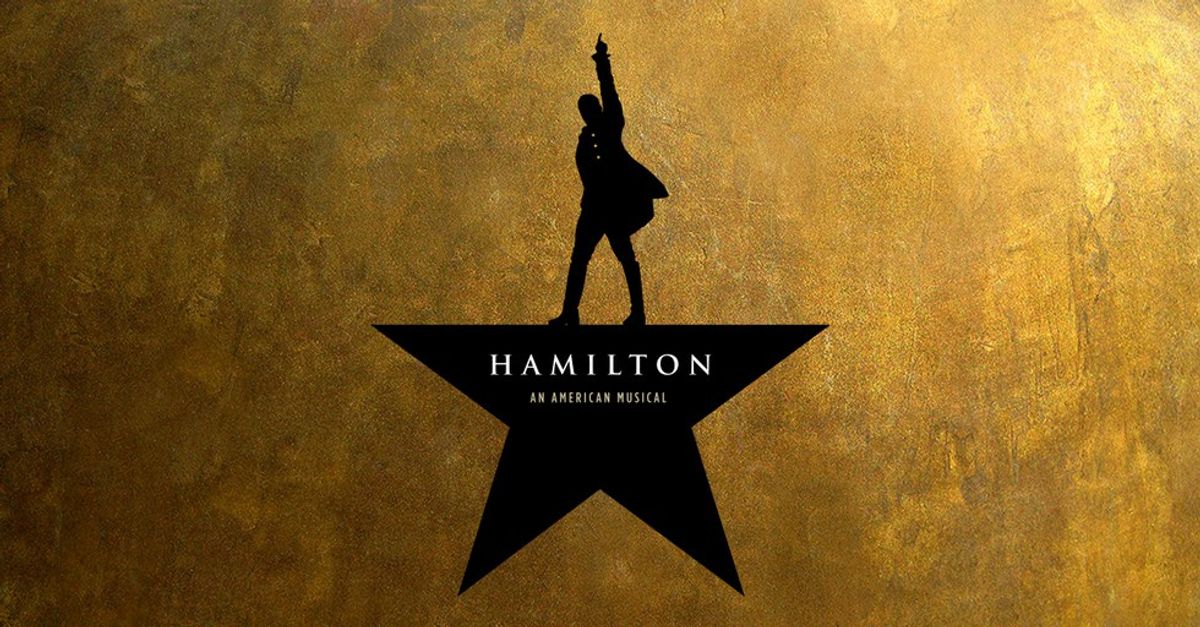 I am late to the game, resisted the musical in the beginning as not to fall into the trap. I didn’t understand the musical, didn’t understand the lure of a Mr. Alexander Hamilton but now…well, now I am drowning in useless knowledge about the man. I decided to review every song on the soundtrack with my roommate Claire who is to credit for my useless knowledge. For everyone one fact I know she knows five.

Alexander Hamilton: I aspire to have an opening as amazing as this, think of how easy the conversation will be if your tragic past is already all laid on the table.

Aaron Burr, Sir: If you have a song named after you I’m going to assume that you are important. I want to know what would happen if we all just punched people cause we thought they thought we were stupid. “If you stand for nothing Burr, What are you going to fall for?” Claire would like everyone to notice how eloquently Burr and sir rhyme for the entirety of the play.

My Shot: Ay Yo I’m just like my country young, scared, and still very hungry #justlikeHamilton

The Story of Tonight: The original #squadgoals *raising my glass*

The Schuyler Sisters: If I could have the sass of Angelica Schuyler than I would die happy. Also, Peggy, maybe if you had wanted to stay in downtown passed curfew you would have made it to the second act.

Farmer Refuted: We should bring back saying “for shame” to people.

You’ll be Back: King Georgie doesn’t take break ups well but he certainly has a lovely voice. That word play on subject, though…

Right Hand Man: If Washington had not smacked some sense into young Hamilton than we would all be screwed. “Dying is easy, young man, living is harder”, this is where Burr’s origin story would start.

A Winter’s Ball: WERE THEY ACTUALLY THAT SMOOTH OR WERE THEY JUST COCKY

Helpless: Despite the terrible pickup line, this song gives me life. Not only is Angelica the best wing woman ever but Eliza is helplessly in love with Hamilton and vice versa. This is more magical than a Disney movie. I also understand Hamilton on a spiritual level, “I don’t have a dollar to my name, an acre of land, a troop to command, a dollop of fame. All I have’s my honor, a tolerance for pain, a couple college credits and my top- notch brain”

Satisfied: First of all the integration of “Helpless’ into this song killed me. Second, It would suck to be Angelica and have to settle for someone less than Hamilton. Third, I could listen to Angelica sing everything for the rest of time. #chicksbeforedicks

The Story of Tonight (Reprise): Friend goals. Also has it occurred to anyone that when Hamilton tells Burr just to go get her it is almost a message to Angelica, like if you love someone, claim them. He fails to see where the complication lies.

Wait For It: I want to hate Burr, but this song gets me every time.

Stay Alive: The most admirable part of Washington is his assurance that history will eventually prove Lee wrong. He doesn’t allow Hamilton to act on his spontaneous behavior because of that and it just blows me away all the time.

Ten Duel Commandments: “Can we agree that duels are stupid and immature?” YES, YES YOU CAN BUT YOU DON’T!

Meet Me Inside: Papa Washington is protective of Hamilton and sometimes I wish Alexander wasn’t so stubborn about having a dad. This is one of my favorite parts though because the tension between Washington and Hamilton is so palpable for the first time.

That Would Be Enough: Eliza is one of the best characters in this musical and I hate that she sits here and begs Hamilton to pick her over his need for a legacy. Claire said he did, in fact, pick her.

Guns and Ships: Alex comeback -G. Wash (also fastest rapping on Broadway at the time/Lafeyette for the win)

History Has Its Eyes On You: I would vote George for President. (J.k. Claire just informed me that I don’t have a vote so I would tell my husband *shudder* vote for George)

Yorktown (The World Turned Upside Down): Can you imagine, though, your entire life you have been waiting for a war and all of a sudden hell freezes over and you can taste freedom. You are free, this song makes me so happy.

What Comes Next?: Georgie, I missed you! George is, like, the person who is broken up with and says “You’ll never find anyone better than me” and you walk away laughing because well, you can and probably will.

Dear Theodosia: I would totally serenade my child if my voice sounded as smooth as Burr’s. Mine would make the baby cry. Claire: These words are being painted on my nursery walls when I have a child.

Non-Stop: First time I heard this song, “Why do you assume you are the smartest in the room?” I looked at Claire and asked why they wrote a song about her. She countered after she heard, “Why do you write like you are running out of time.” I don’t know why did they write one about you… Hearing about Angelica settling breaks my heart.