Halsey's Women's March Poem Changed My Mind
Odyssey
CurrentlySwoonLifestyleHealth & WellnessStudent LifeContent InspirationEntertainmentPolitics and ActivismSportsAdulting
About usAdvertiseTermsPrivacyDMCAContact us
® 2023 ODYSSEY
Welcome back
Sign in to comment to your favorite stories, participate in your community and interact with your friends
or
LOG IN WITH FACEBOOK
No account? Create one
Start writing a post
Entertainment

Here's to a new perspective. 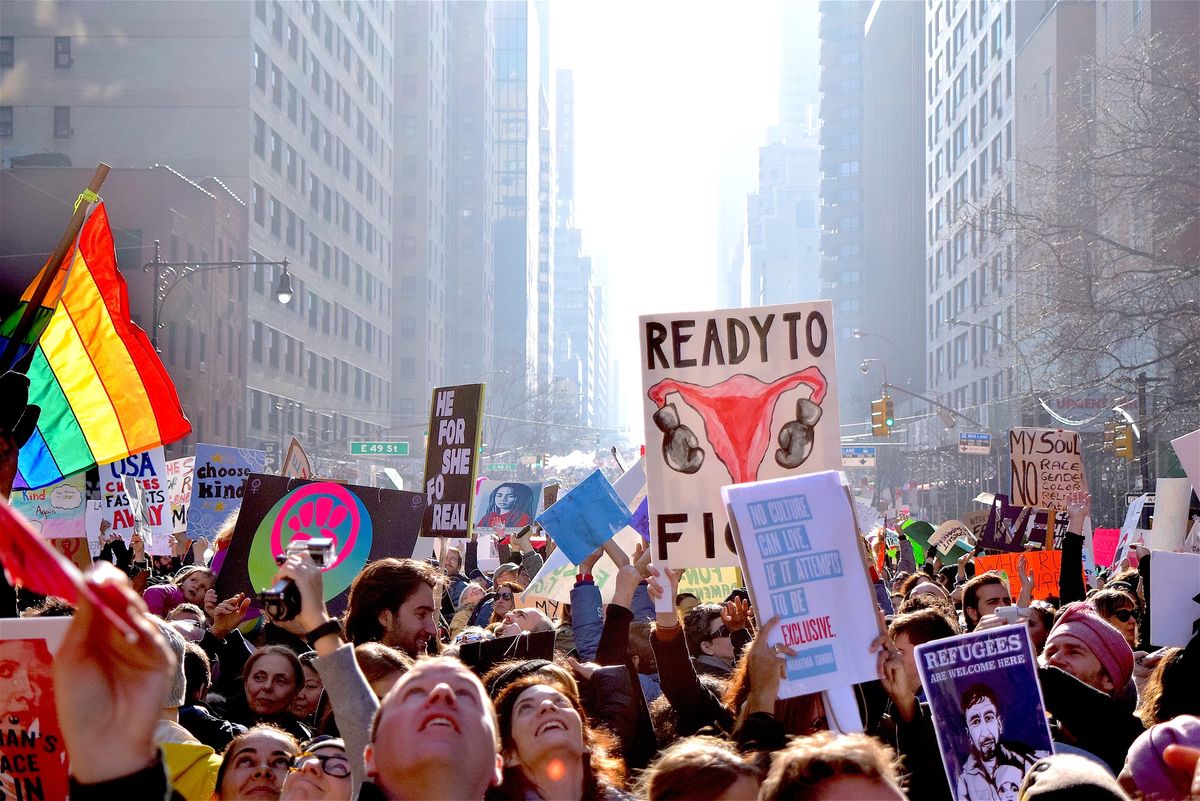 I am a woman. And as a woman with a voice, I should make every use of my ability to speak up for myself and the others that cannot be heard. Unfortunately, it's taken me this long to realize this.

On January 21st, 2018, many young women and students from my school took the time to march alongside the thousands of women participating on this day in cities around the country. I was moved by the attendance and publicity the marches gained as I saw women empowering others, speaking together, and moving with each other.

Amidst the conflicts of reproductive rights, domestic violence and abuse, to disability rights, immigrant rights, civil rights, etc. I, for some reason, never thought that I would be able to resonate with the infinite list of social issues in modern society. It wasn't until I finally gave in to click on the widely-shared video of Halsey's speech.

I even shared the video with a caption to encourage others to watch it, even if they don't normally click on similar content because I am guilty of never doing so myself. And it wasn't until I was able to make a relatable connection to the words that were being spoken to me, that I decided to perform such action.

I realized how blind I was to society's corrupted culture and making women, such as myself, believe that we are somehow in the wrong. To believe that I just had to accept the consequences of the many men in powerful positions making decisions for us. But for this, I am thankful for all the other strong women of all ages who have stayed persistent to helping people such as myself, realize that things that they fight for are things I don't even realize have happened to me already.

I have many friends who constantly share about the issues placed upon planned parenthood, President Trump's offensive remarks, and even rape culture. I have personal friends on facebook share #metoo, and as shocking it was to see so many, I was numbed. As a woman, I never took the time to bring the attention at heart. But these are all problems that still involve me, whether I have experienced it or not, because I am a woman, too. And with this, I should be contributing to the change we need to have in the world.

I change my mind about the rowdiness of women being presented at these marches. I understand now, that we are not trying to make ourselves seem like a lost cause. I didn't know how ignorant I was actually being, to the other women who have undergone and overcome situations no human should ever endure. This is not just about the women who have the voice to say something. This movement is for all the women around the world, whether some may realize it yet or not.