She is so much more than a few breakup songs. 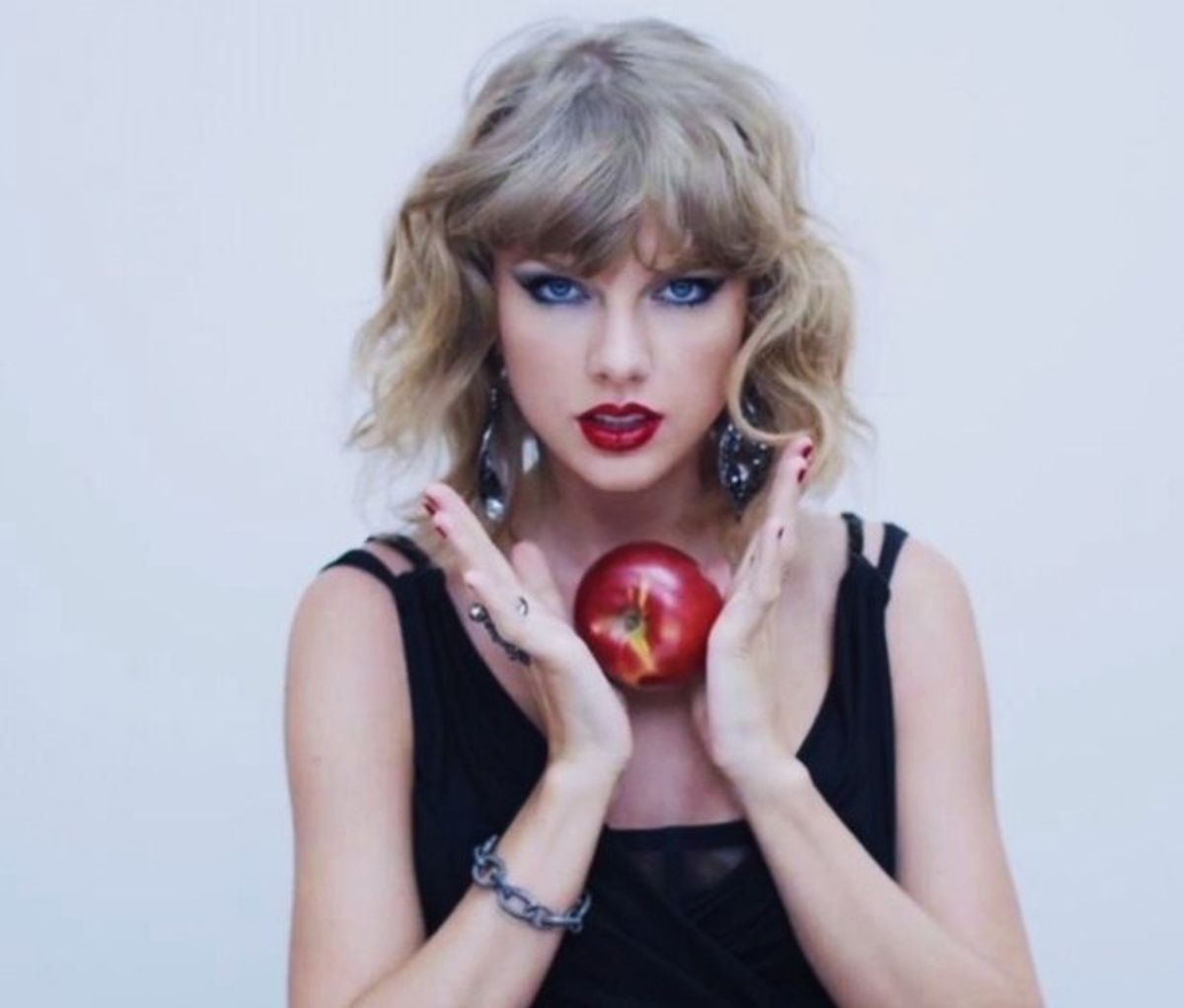 Last week, the news broke that Taylor Swift and Calvin Harris had split. While this isn't life-changing news, it did give many news outlets and people all across social media to play another round of "Let's Make Fun of Taylor Swift." It really feels like she can't get a break. She does write songs about ex-boyfriends and that has earned her a reputation, but she's hardly the first songwriter to take inspiration from relationships. In fact, look at any male singer or group's tracklist, and chances are, most if not all of their songs will be about a girl. Maybe Taylor Swift gets a bad rap because she's more open about it, but it's also hard to ignore the insidious sexism that permeates most conversations about her.

She's sold over 40 millions albums and won ten Grammy awards, among many other awards and nominations. She is the youngest person to win Album of the Year, and is the only woman to win in this category more than once. It's time to stop pretending her only claim to fame are break up songs. Her music spans across five albums and several unreleased songs and singles, and a majority of them are actually not about relationships at all.

Though it describes a relationship and the eventual breakup, "Blank Space" actually is not about a specific person. Instead, it's a satirical take on the image the media has created of her, and does not represent who she actually is.

She wrote this showstopper based off her experiences and the lives of other famous country stars.

Taylor wrote this song in response to Kanye West's infamous interruption of her acceptance speech at the VMAs in 2009. Instead of being angry, she wrote this song about forgiveness. "Life is full of little interruptions," read the lyrics' secret message.

This song was written in response to a critic, and has become an anthem against bullying.

5. "A Place In This World," Taylor Swift

This song is from her first, self-titled album, and describes her struggle to find acceptance, which she eventually found through music.

This song is about her family, her mother Andrea in particular.

Both of these were written for the first movie in The Hunger Games series. "Safe & Sound" was written with The Civil Wars and won a Grammy.

This song was written for four year old Ronan Thompson, who died from cancer in 2011. She used quotes from his mother Maya's blog, and has only performed it live twice, once at the Stand Up To Cancer event in September 2012, and again during the 1989 World Tour in Glendale, Arizona, where Maya Thompson was present. All the sales from this song go towards cancer charities.

The opening track off her latest album, this song is about the singer's move to New York and how beneficial it was for her.

This song is about having fun with her friends and being carefree.

This was the first single released from "1989," and is about ignoring all the negative people in your life and doing your own thing.

She wrote this song about her band and her fans who have stuck by her. She said she was inspired by the fans cheering during the Fearless tour and the support they have given her.

This song describes her fears of moving out on her own and adulthood, fears we all have. Now she dedicates it to her godson, Leo (model Jaime King's son).

14. "Tied Together With A Smile," Taylor Swift

She dedicated this song to her childhood friend who struggled with bulimia.

This is an unreleased track that Taylor wrote in response to the 9/11 tragedy.

This is another song written for her friends and for her fans.

This song was inspired by her high school experience and her friend Abigail Anderson, who is mentioned in the song.

This song is written about getting through a dark time. Before she performed this song on the 1989 World Tour, Taylor spoke candidly to fans about lessons she's learned and how much she loves her fans and how strong they are.

This is a hopeful song about the future and her hope for her generation.

Finally, Starlight was written about Ethel and Robert Kennedy. Taylor dated Connor Kennedy a few years ago, and wrote this song based on his grandparents' relationship.