God Set Me Free, But I Became A Slave
Odyssey
CurrentlySwoonLifestyleHealth & WellnessStudent LifeContent InspirationEntertainmentPolitics and ActivismSportsAdulting
About usAdvertiseTermsPrivacyDMCAContact us
® 2023 ODYSSEY
Welcome back
Sign in to comment to your favorite stories, participate in your community and interact with your friends
or
LOG IN WITH FACEBOOK
No account? Create one
Start writing a post
Lifestyle

God Set Me Free, But I Became A Slave

When I didn't even realize I became a slave. 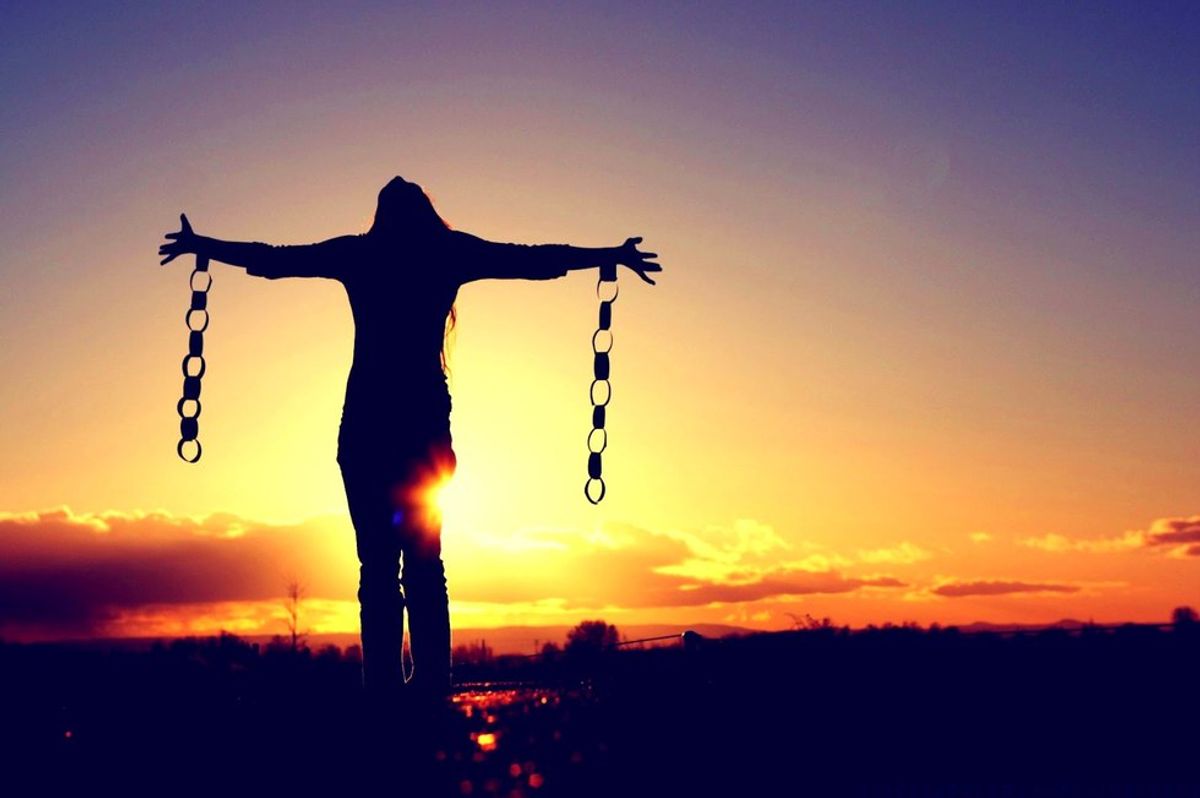 I was eighteen years old and every single one of my friends had either been or was in a relationship at one point. I didn’t take seriously any of the boys I had previously talked to because I was waiting for God to send me the boy that I deserved. Towards the end of my senior year, the opportunity arose for me to finally have my own relationship and I took it.

Do you already realize what the problem is?

I thought that God owed me a boyfriend. I had waited those eighteen years for a specific guy and when I thought he was right in front of me, I didn’t even ask God if this was him, I just decided it myself. You see, sometimes as Christians we feel we are entitled. When we help someone out without anything in return we almost expect for God to look down and give us a smile like we deserve a standing ovation for doing something we already should be doing. When we lead someone to Christ, we almost feel like He should reward us by paying our rent; like somehow we are racking up good karma with God. While that sounds really nice, it’s a myth.

In the Bible it is says time and time again how God has “set us free.” He has released us of our sin so that we can live an eternal life with Him in heaven. I like to think that I have a strong relationship with God. I knew that when I acknowledged my faith and began making it my own, He slowly opened my eyes to my liberty. Unfortunately while I was embracing my independence from sin, I was becoming a slave.

I became a slave to entitlement, expectations, disappointment, fear, acceptance, money, the future, anxiety, insecurities, and much more.

But I chose that. Why would I do that to myself? And that, my friends, is the million dollar question that God asks us every day. Our entitlement to the world ultimately makes us a slave to the world. I got lost in my captivity while God was just trying to show me how to break the chains.

There are going to be times where we think we have a right to something or we should get special privileges because we are Christians. But that is far from the truth. In fact, as hard as this was for me to accept because I am a people pleaser, people are going to hate me. If we choose to be a part of the world, the world will accept us as one of their own. But if we choose to love God, the world will hate us, but only because they hated Him first. They are unaware of the truth of who God is, but we have an entitlement to the Word. We know what is true and what is not. We know the stories of faithful disciples who inspire us to be better followers of God. We no longer need to be enslaved, because we are entitled to the cross.

And that is enough for me.