Goblin Slayer has created controversy in only two weeks. 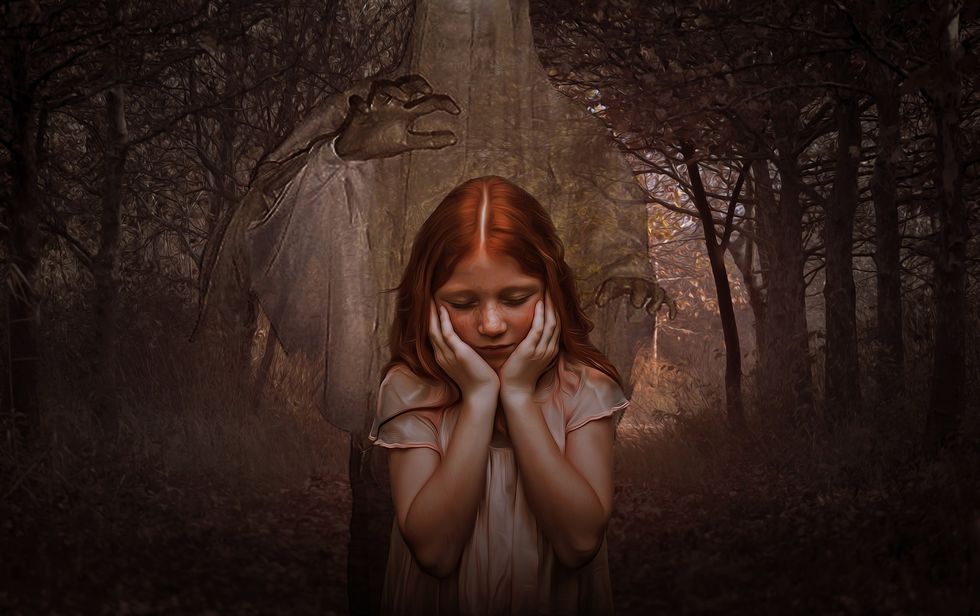 "Goblin Slayer" is a light novel that was recently adapted into an Anime. And while it has only showcased two episodes so far, the Anime has already had to deal with controversy. Despite the fact that the beginning of each episode starts with a warning that "explicit content will occur and that viewer discretion is advised," people managed to ignore it.

Before I continue, I want to have my own explicit warning. There is no way to talk about this show and said controversy without mentioning extreme topics. Some readers may not want to read about these topics.

OK, now that we have that out of the way, let us talk about "Goblin Slayer." This Anime opens up with many of the Dungeons and Dragons stereotypes. Notably, the whole Fighter, Mage, Thief, Healer dynamic is addressed from the start. The second stereotype addressed is that the fact that Goblins are the low-level monster that aspiring adventures target to prove their worth.

It is beyond this point that "Goblin Slayer" stops being high fantasy. The adventurers are overwhelmed by the Goblins after making the mistake of invading their lair. The Fighter is killed in a very bloody fashion. The Mage is poisoned and after the healer fails to remove the ailment, she begs for a painless death. But the Thief has it the worst. The Goblins pile on her, remove her clothing and well... I think you can figure out what happens to her next.

If not for the timely intervention of the protagonist, Goblin Slayer showing up and spending the rest of the episode proving his name to the healer. After being the one to mercy kill the Mage, he explains how the party was ill-prepared to fight the Goblins. Using a combination of tactics and outright brutality, Goblin Slayer kills every living creature in the cave.

Last, but not least, to showcase just how bleak this setting is, Goblin Slayer discovers a final cave in the back. Inside are the children of the dead Goblins. The Healer pleads to let them live, but the seasoned warrior points out that the children will grow up to be equally bloodthirsty and will want revenge for their fallen kin. The only good Goblin is a dead goblin in his own words. He slaughters every child in the cave until the only living creatures remaining are himself, the healer girl and all the women who the Goblins had abducted.

The first episode establishes quickly that the difference between Dark and High Fantasy. I was prepared for this outcome since I write in this genre. I can also understand the shock and outcry from viewers who were unprepared for such a nasty twist. But in my opinion, this shock value was done incredibly well. Care and attention were paid to make the horror that happened right off the bat effective.

This genre tests barriers. It is not for everyone for obvious reasons. Lord of the Rings is High Fantasy and although the monsters in the setting are likely capable of the deeds that happen in Goblin Slayer, those actions are never showcased. Dark Fantasy is the genre where these horrific and psychological atrocities are allowed to happen and add themselves right into the story.

One should tread carefully, both when writing in this genre as well as reading/watching it. For there will be controversy. There will be negative publicity, and if done wrong there might even be apathy from the audience that would have supported the actions. However, when done well, there is a reason that Dark Fantasy is my favorite genre.

Please remember to respect warning labels. They exist for a reason.