If You Haven't Seen ODESZA Live, You Need To, NOW
Odyssey
CurrentlySwoonLifestyleHealth & WellnessStudent LifeContent InspirationEntertainmentPolitics and ActivismSportsAdulting
About usAdvertiseTermsPrivacyDMCAContact us
® 2023 ODYSSEY
Welcome back
Sign in to comment to your favorite stories, participate in your community and interact with your friends
or
LOG IN WITH FACEBOOK
No account? Create one
Start writing a post
Entertainment

If You Haven't Seen ODESZA Live, You Need To, NOW

They're not your typical EDM duo. 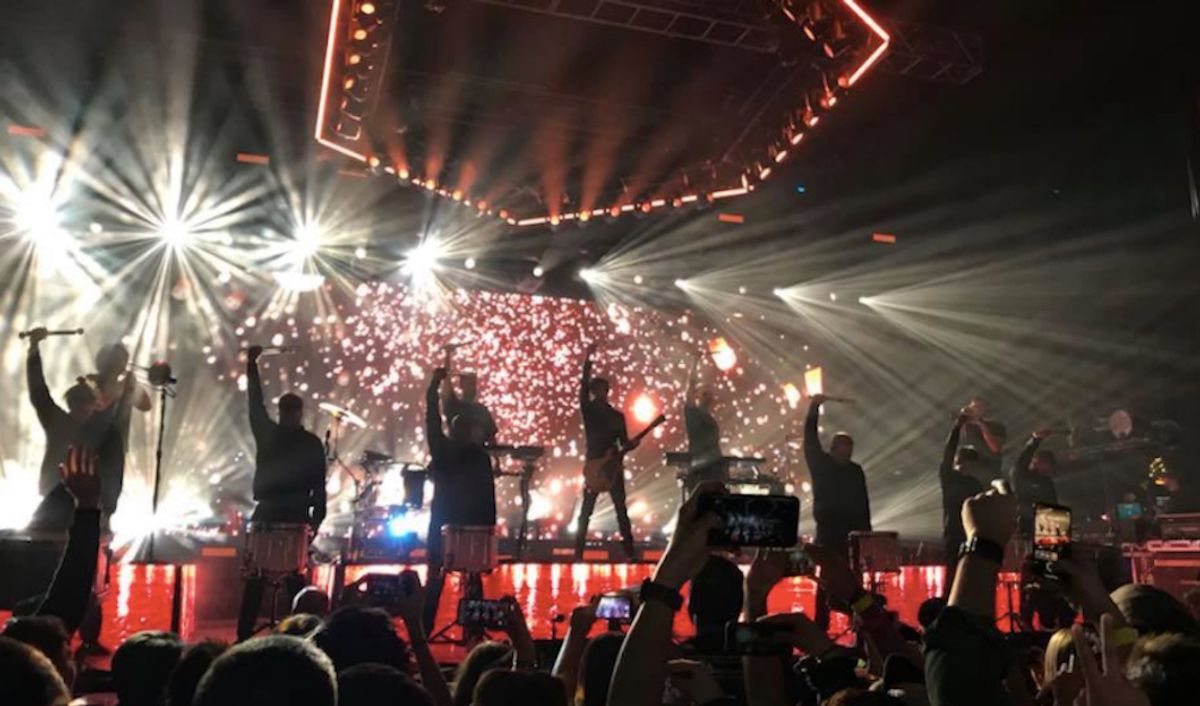 If you're a fan of ODESZA, or if you have any appreciation for electronic dance music, otherwise known as EDM, you absolutely need to see this duo live. You may be reading this and thinking "Yeah right, they're probably the same as any other EDM group," but I promise you, they definitely are not.

To be honest, I had no clue what kind of show I was getting into. I had gotten a text over the summer from a friend asking if I liked ODESZA and wanted to go see them with her in December. I said I liked them and would be interested in going, but I had only really listened to a few of their songs.

When it comes to EDM, I typically prefer the louder, bass-heavy artists whose hard-hitting bass drops make you feel like you're in your own personal version of "Project X." I usually go for something fast and loud that gets to the point and commands your attention the entire three-or-so minutes it's playing for. The kind of music that drowns out your thoughts. The kind of music that tells you what to think about. I was skeptical ODESZA, a duo known for their laidback style of EDM, could put on a show as exciting as other artists I've seen.

Not only did they surpass my expectations, they created an entirely different experience than any I have ever had at an EDM show. For starters, ODESZA has a drum line, something I was unaware of until the six hoodie-and-baseball-cap clad drummers took center stage during the first song. ODESZA also uses a trombone player, trumpet player, and a guitar player to create live sound on stage. The drum line added a layer to the music that cannot be heard when listening to their music on Spotify because the drums created a raw voice over the produced, electronic portion of each song. Songs that I didn't even know have drums in them transformed into new pieces punctuated by the perfectly-timed snare that was the exact opposite of the "just press play" style that many DJs use.

Watching everyone on stage was just as exciting as hearing the music live. The drummers were constantly coming on stage for songs, performing in sync with one another. The singer featured on "Higher Ground," Naomi Wild, came out and performed the song on stage. Harrison Mills and Clayton Knight, the two members that formed ODESZA, were jumping around and dancing to the music, mixing their tracks as they went. The confetti. The lights that mimicked stars and made you feel like you were on a journey through space. These all came together to create a cohesive show that can only be summed up in one word: wow.

The most important part of the concert was the fact that seeing ODESZA live made me appreciate their music so much more than I had before. This is because I was able to see just how much the group could do with the music they created. They were able to take their tracks and make them sound the same yet completely different from how they sound online. This music allows you to breathe. It allows you to think for yourself; to let your thoughts wander. Not in the "oh this is boring" way but in the "this is life, and we're all here enjoying the same music yet having different experiences at the same time, and it's kind of really cool" way. That's a really exciting moment to have, not just at a concert, but at any point in life.

Music is an escape for many, and concerts are the epitome of that escape. So, if you have the chance and want to take a trip to space for a couple of hours, you should definitely go check out ODESZA's tour. The duo might not have a rocketship, but their music is enough to safely transport you to a planet that's not Earth and get you back in time for your midnight curfew.