If You Give A Girl A Sister

If You Give A Girl A Sister 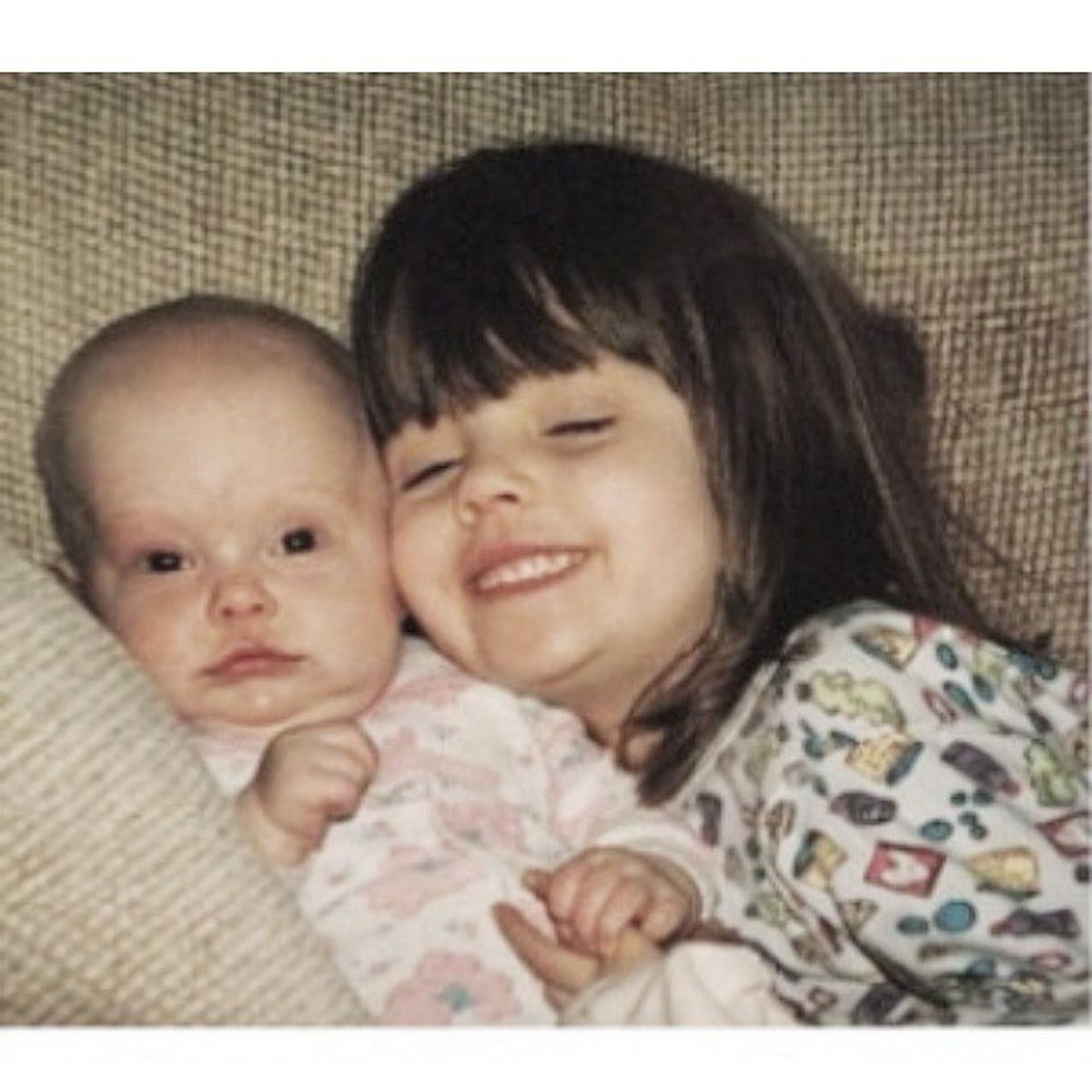 If you give a girl a sister, she's going to ask why one girl isn't good enough. She'll wondering who this "sister" is and try to call her parents on their bluff.

If you give a girl a sister, she'll get to hold her in her arms. She'll realize that this sister of hers is the baby she's always wanted and she'll vow to keep her from harm.

She'll spend the first few years figuring out what her sister actually does, for it doesn't walk, it doesn't talk, and it doesn't like to play with sidewalk chalk.

Then, one day her sister will finally talk out! "Hooray", the girl will shout, "We can play house and school! But there is only one rule..."

The girl and her sister spend the next few years running and jumping around until one day, the girl will be nowhere to be found.

The girl discovers something; her very own best friend. Another girl she can talk to about boys and won't have to play pretend. For you see, the girl is in middle school now, she's too old to make mud pies and her sister can only wonder how.

If you give a girl a sister, she will learn one thing very quickly, and that is how to steal clothes and get away with it very swiftly.

The girl rued the day when her sister became her size because that meant soon she would be hearing a lot of lies. Each sister will have a unique taste but that doesn't mean that any clothes will go to waste.

There will be countless amounts when she found herself saying, "I wish you were a boy". Then, her heart sank knowing that if that were true, you wouldn't know such joy.

Having a sister is like having a best friend, someone you know that will be there until the end. And even though you may not often say it, you appreciate them more than you care to admit.

So the years go by and each girl grows older, yet nothing really changes and no one becomes a place holder. Each sister has their days when something may go wrong, but in the end the other sister will be there all along.

Because if you give a girl a sister, no matter the tears shed or the time spent apart, sisters will always be together at heart.