I Learned Firsthand That I need To Carry Pepper Spray, Men Know No Boundaries

He began laughing hysterically, and as he backed away, the first and last thing I heard him say through my fast-beating heart was, "I'll kill you, you white bitch." 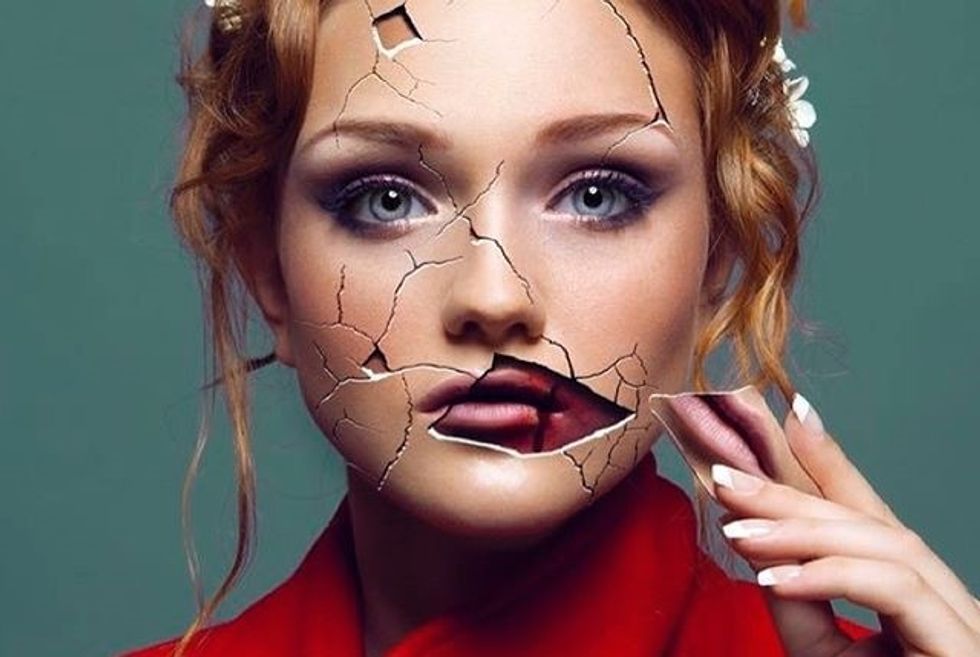 Have you ever been catcalled or approached by strangers who had bad intentions? As a female, your immediate answer is probably, "DUH!" About 99 percent of women say they have been street harassed at least a few times in their lives. However, at one point you just get used to the leering, the honking cars, the obnoxious screams out of rolled-down windows and the word baby rolling off of strangers' tongues. You understand that even though it's wrong, it's somewhat of a norm - a need for some men to express their unsolicited opinion.

You simply tend to walk by construction sites and dark, narrow streets a bit faster.

One day, I was sitting on the bus, enjoying my music and getting ready to get off at my stop, when a man walked past me and touched my shoulder, looking me in the eyes as he was walking to the door to get off as well. I guess my peaceful presence gave him permission to intrude my personal space and get handsy. He mumbled something as well when he passed but since I was wearing headphones I could not hear him, nor could I care less.

The bus came to a full stop and I had to exit through the same door as the menacing stranger since it was closest. I took a few steps towards the corner that I had to turn and felt tapping on my shoulder. Today is not the day, I'm late for my volunteering shift and I just don't have the time or the energy for this, I thought to myself as I turned my head to see what the Q44 stranger wants from me.

I saw his lips moving as he was saying something to me, but I just didn't want to take out my headphones and engage in an unnecessary conversation, so I silently turned back around and walked away hoping he would get the hint and leave me alone.

Perhaps ignoring someone is rude, but I don't owe anyone my time or my attention, especially shady men.

After I made the corner, I looked at the reflection of the store I was passing to see that there was no one behind me (a habit at this point.) I continued my morning journey for another two quiet, narrow, empty blocks when I heard somebody running towards me from behind. Guess who?

By the time I turned to see who was running, the Q44 man was two feet away from my face, talking to me again but I was so confused, lost, and in fear, that I just turned back around again to continue going where I needed to go.

The next thing I know, he is tripping me with all his strength and animosity, in a kicking-type of motion, his arms swinging in the opposite direction of his leg which hit my calves.

My heart dropped to the floor, I took my headphones out and instinctively yelled out "WHAT THE FUCK!?" with a lump in my throat. He began laughing hysterically, and as he backed away, the first and last thing I heard him say through my fast-beating heart was, "I'll kill you, you white bitch."

The amount of anger that overflows me to this day is inexplicable. Because I didn't give a man the attention that he needed, he thought it was okay to not only follow me but express his rage in physical form towards me. Street harassment—or any other form of harassment—is never okay.