Getting Over A First Love
Odyssey

Getting Over A First Love

It may feel like the end of the world - trust me, it's not. 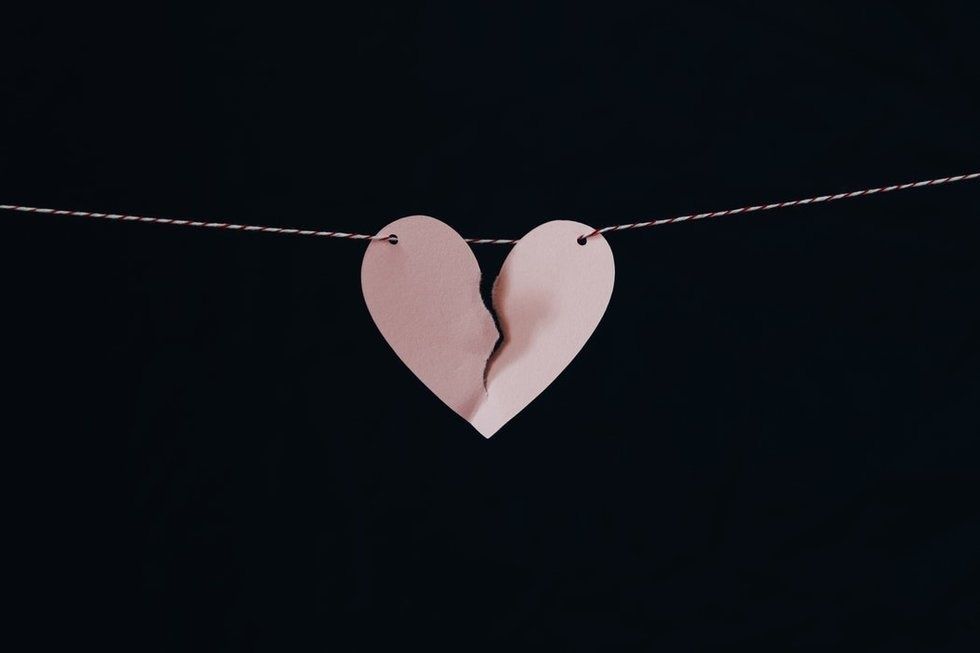 Most people have experienced a break up with their first love. If you ask a parent, aunt, uncle, teacher, or any adult, they will most likely be able to tell you about theirs. One thing that's worth noting, is that they seem to rarely talk about the heartbreak that came after it. They focus more on the memories and the puppy love. The good times. This itself shows you that it won't hurt forever. If you're struggling to cope with the loss of first love, just remember that most people have been there and are living proof that it gets better.

The thing about a first love is that while you're with this [person you think you'll be with them forever. It's your first relationship so you usually put it all on the line. You picture the wedding, the kids, the future. People older than you may make it sound like first loves never last, and you think that you guys will beat the odds. You think you got lucky on the first try. Until one day, you lose them. This may make you believe a number of things.

"Where did I go wrong? I'm never going to get over them. I was an awful girlfriend. I don't even wanna love someone else again."

I'm not going to lie and say you can ignore these thoughts. They're all normal thoughts to have. The brain is annoying. You may even feel like you're going crazy (I know I sure did). The only thing you can do is argue against them.

"You did the best you could - it was your first romantic relationship. You will get over them eventually. You were the best girlfriend you could have been. You can and will love someone else again."

Try to make peace with the fact that you really did the best you could. Sure, now that it's over you will start to think about everything that went wrong that you didn't realize. But during the time period, you didn't know that. Nobody is perfect at love, especially within the first time. So yes, you definitely made mistakes. But don't let love blind you and convince you that you only made mistakes because there's 99.99% chance they did too. It's always a two-way street, and if you're in a situation where they couldn't forgive you or be patient with you they way you were with them, then let yourself admit that you deserve someone who will.

Also, let go of any kind of hope that they will come back. Everyone who has been broken up with feels this, and it's damaging for your mental health. it makes you wait for someone who is out living their own life. Sure, first loves sometimes reunite. But you can't hold onto that hope. The best thing you can do is give yourself time to heal. Do something you've never done before. Take advantage of that extra free time - learn more, achieve more, socialize more. Get to know who you are as a person better. Months will go by and you may realize this breakup was the best thing that ever happened to you. It made you stronger and pushed you to do things that you wouldn't have normally done because you were slightly tied down. One day, you may not even want them back. It won't hurt to think of them anymore. You will have moved on.

So breathe. Let go. Focus on you.

And be patient. Everyone heals differently. Don't be frustrated with yourself if you think you're taking too long to get over it. Don't think that you have to meet someone right away. Rebounding is a common thing. Do it if you want, but don't do it with the intentions of making your ex jealous, and don't assume it will cure a broken heart. Is it something you want or something you will regret?

Lastly, there's this weird belief that unfollowing an ex makes you petty - it doesn't. Constantly checking their page will do you more harm than good. Unfollowing them can give you the space that you need in order to work on healing yourself.

And remember. It comes and goes in waves. You may think you're finally over it one week, but then you're in tears the next. That's perfectly normal and okay. Remember when you're at a low point, that it only means a high point is coming. Having emotions is never a bad thing. Let it out. Pick yourself back up.