Why Masculinity is Valued Higher than Femininity 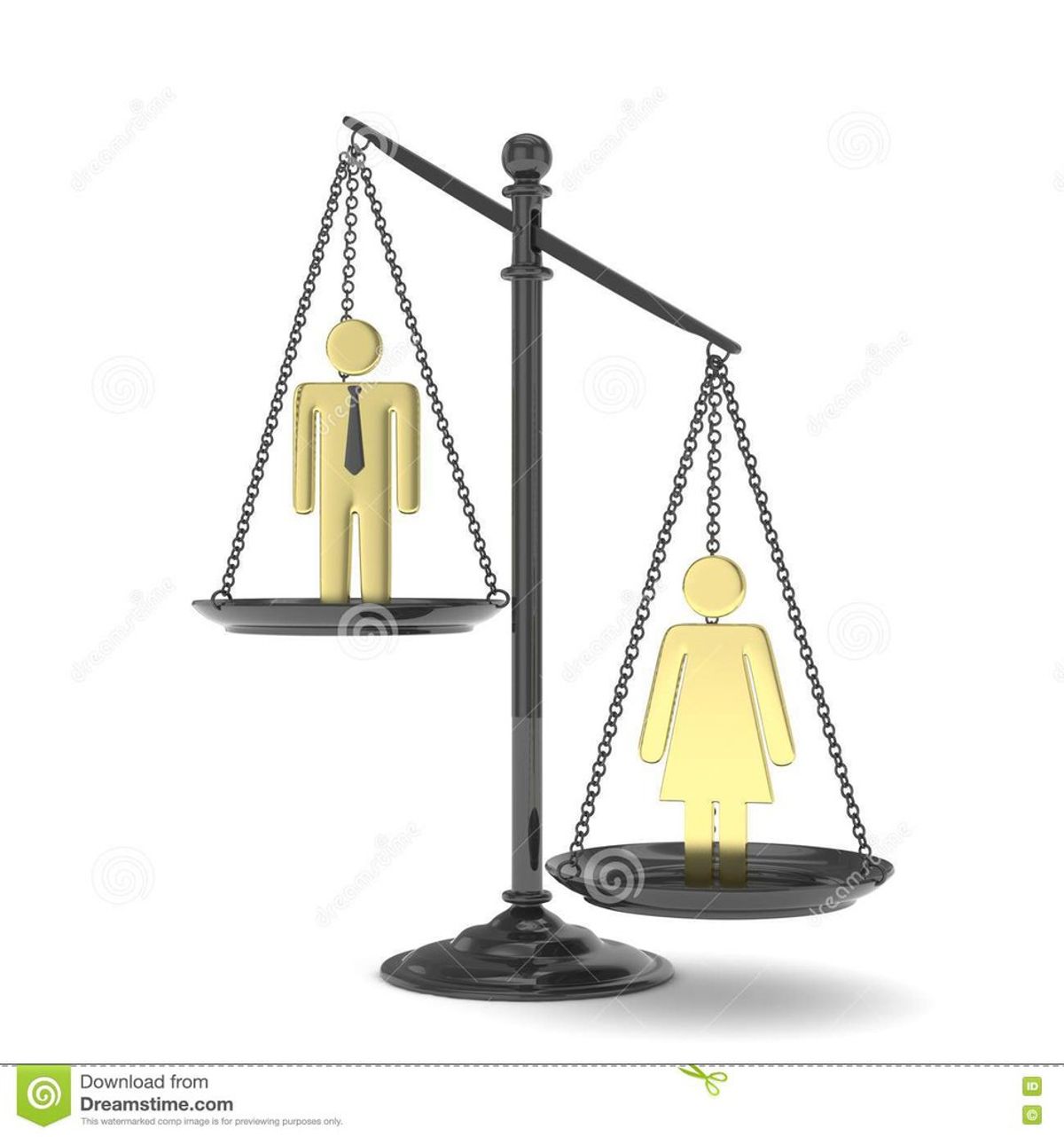 Have you ever wondered why femininity is devalued in American culture? Have you noticed that women tend to be associated with the body and physicality while men are associated with intelligence? There is actually a history behind this line of thinking, and it starts in 1641 when René Descartes, a highly influential philosopher, published his book Meditations on First Philosophy. Because Descartes was an influential philosopher in his time, his arguments would have been widely accepted, and his attitude and beliefs about women would also have been widely accepted. His concepts are still prevalent in today's society.

In his book Descartes asserts that the mind and body are separate entities. He states, “this ’I,’ that is to say, the soul through which I am what I am, is entirely distinct from the body, and if there were no body at all, it would not cease to be all that it is.” In other words, his mind is separate from his body, and if he had no body, like when death becomes his reality, his mind would continue to exist.

His use of the term “beasts” signifies he is referring to animals, but then where does the female population fall in this distinction? Are they on the side of “us” and not mentioned since the female existence was attached to men at the time, or are they on the side of beasts since women were perceived to be lesser humans in this historical time? Indeed, at the very beginning Descartes declares that “the power of judging well and of distinguishing the true from the false (which is, properly speaking, what people call good “sense” and “reasoning”) is naturally equal in all men” (my emphasis).

By specifically stating “naturally equal in all men” he denotes that intellectually all men are inherently equal, but he makes no mention of women, and he does not recognize how women are socialized into gendered roles and behaviors which would influence their perceived intelligence. Therefore, this either means he subconsciously refers to men as one would use the pronoun “he” when making a generalization about a large population, or he does not think all humans are intellectually equal. I am inclined to think the latter.

Furthermore, Descartes states that diversity in opinion is the result of people leading different paths who “do not take the same things into consideration.” Therefore, according to Descartes’s argument, women are not intellectually equal to men because they simply do not think about the same things as men. While men are concerned with science, math, and philosophy, women are concerned about corporeal matters and the practical affairs of everyday life---both of which were considered trivial in comparison to the achievement of higher knowledge. This is supported in Genevieve Lloyd’s book The Man of Reason: “Male” and “Female” in Western Philosophy.

In her book, Lloyd explains that the idea of distinctive male and female consciousness lead to a “sexual division of mental labour.” She asserts that in this historical time period, man must “transcend the realm of the sensuous” (the body), if he is to obtain true knowledge and understanding. She continues on to say that women were given the role of preserving “the sphere of the intermingling of mind and body.” Thus, women were associated with a lesser presence of reason, and a different kind of intellectual character, because their minds and bodies were connected. Women could not transcend their bodies (as men supposedly could); thus, they could not achieve the heights of full humanity, truth, and virtue and were ranked below men. A similar ranking of gender and sex is still prevalent in today’s society.

Intelligence (especially rational and analytic intelligence) is still associated with men which gives it the gendered masculine characteristic. For example, when someone thinks of an intelligent person, it is common to have the image of highly masculine men in the business world. For many people, thinking of a woman in that position is a second thought, and the image that comes to mind suggests a more masculine appearance. This is because women are still more associated with the body than men in U.S. society, and femininity is not associated with intelligence. The body is still connected with women which gives it the gendered feminine characteristic. One only needs to think of all the degrading terms that are used against women, since they have a sexual connotation referring to female sexuality, to know that this is true. Therefore, because women are still associated with the body (feminine), and men with intelligence (masculine), intelligence and masculinity are valued and ranked higher than the body and femininity.

The truth is that gender and sexuality is much more fluid and complicated than originally thought. Rick Hanson argues this point in his book Buddha’s Brain: The Practical Neuroscience of Happiness, Love, and Wisdom. He contends that not only are the mind and body connected, they are interdependent. He states, “Mental activity, whether conscious or unconscious, maps to neural activity…the brain is nested in a larger network of biological and cultural causes and conditions, and is itself affected by the brain.” Thus, any thought a person has will physically alter pathways in the brain; therefore, the mind and body are connected, and masculinity and femininity are connected.

Hanson’s understanding of mind/body as interconnected also implies that masculinity and femininity are learned behaviors and identities constructed and reinforced by society, rather than being entirely “natural.” Furthermore, because the mind and body are interrelated and shaped by interaction with culture, gender is the product of diverse and complex interactions between mind/body/culture. Instead of a binary system of gender, a gender spectrum is much more accurate. Instead of assuming that all people are either men and women with corresponding masculine and feminine genders, people actually have a variety of sexes, genders, and sexualities.

For example, I don’t identify as masculine or feminine; my gender identity is actually androgynous which means I am both feminine and masculine. My personality, communication styles, and behavior are influenced by femininity and masculinity. How I behave or communicate depends on my environment. When I am asserting myself, I tend to emphasize what is thought of as more masculine characteristics. My body language, vocal intonation and volume, word choice, etc. are more assertive and challenging. In other settings, such as social events, I am less assertive and more reserved.

I think many women actually are androgynous, they just don’t realize that there is a term for a masculine/feminine gender, and they accept the socially ascribed feminine gender associated with the female sex. I am not sure if men are becoming more androgynous on a larger scale. There are certainly those that are, but because society strongly emphasizes distancing masculinity from femininity, determining whether men are visibly more androgynous is difficult.

To conclude, current societal perceptions of masculinity and femininity, and men and women, have a long history. Although these perceptions are beginning to change, and are more inclusive, much progress is needed before the concept of multiple genders, sexes, and sexualities are accepted.

QueenRadhi
The State University of New York at Stony Brook
2886