Insecurities I had about my body were normalized through this show. 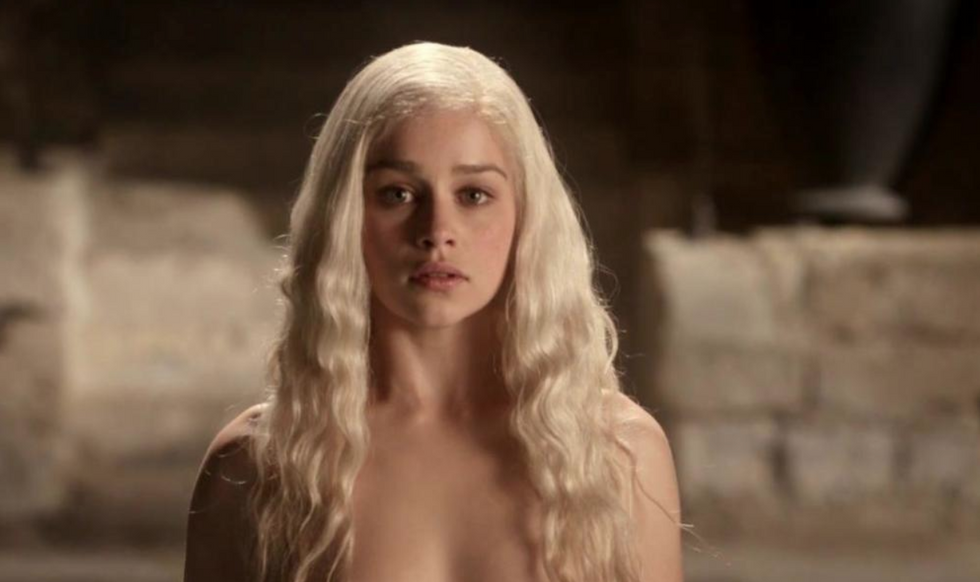 Body image is a personal, but important issue, one that's still very much an issue in today's society. We have come far from the days of exclusively photoshopped pictures and ad campaigns, but we have farther still to go.

It sounds weird to say, I know, but as I re-watched past seasons of "GOT" in preparation for the final season, I realized how much I appreciate the honesty of the show when it comes to body image and the human body in general.

Sure, most the actors seem abnormally attractive and all that, but they're actors, it's their job to look good. But these beautiful people come in many shapes and sizes, to which I say, "Thank God." The combination of the characters' powerful personalities and their confidence in their bodies makes me feel comfortable in my own skin.

When I first started watching the show, years ago, I thought there were way too many nude scenes and that they were completely unnecessary at times. And yeah, maybe they could have been less frequent, but the actors in these scenes weren't simply copies of each other.

Insecurities I had about my body were normalized through this show.

"Game of Thrones" may be a sexual show, but the desires within it are ingrained in other aspects of the show, such as the characters' arcs. And when there is nudity, the scenes depict people of various ethnicities, races, and body types.

Seeing these people portray characters that embody desire in the show helps promote the idea that every body is beautiful, and that includes yours.

For women, there is always such focus on our curves and chest size, as if that defines who we are or whether we are attractive. Whether we're worth it. But, on "Game of Thrones," women own their bodies and their worth.

The two are not mutually exclusive.

I think that the way "Game of Thrones" incorporates nudity isn't for shock value or to cover up subpar plot/writing. The nudity in the show instills confidence for its audience, that honest and real bodies are beautiful, and that you shouldn't worry so much about your body.

Sex and nudity is part of the plot of the show, but it isn't the focus of it, just as worrying about your body image shouldn't be the focus of your life.

Maybe this is too weird of a connection. Maybe I simply didn't explain myself clearly enough. But, it's genuine when I say that "Game of Thrones" has really helped me accept and love my body. It has encouraged people to view bodies as natural, and more importantly, nothing to be ashamed of.

So, whether you watch "Game of Thrones" or not, know that you're beautiful and own that.

game of thrones
Report this Content
This article has not been reviewed by Odyssey HQ and solely reflects the ideas and opinions of the creator.