12 Life Lessons Grey's Anatomy Has Taught Me
Odyssey
CurrentlySwoonLifestyleHealth & WellnessStudent LifeContent InspirationEntertainmentPolitics and ActivismSportsAdulting
About usAdvertiseTermsPrivacyDMCAContact us
® 2023 ODYSSEY
Welcome back
Sign in to comment to your favorite stories, participate in your community and interact with your friends
or
LOG IN WITH FACEBOOK
No account? Create one
Start writing a post
Entertainment

Everyone needs a person. 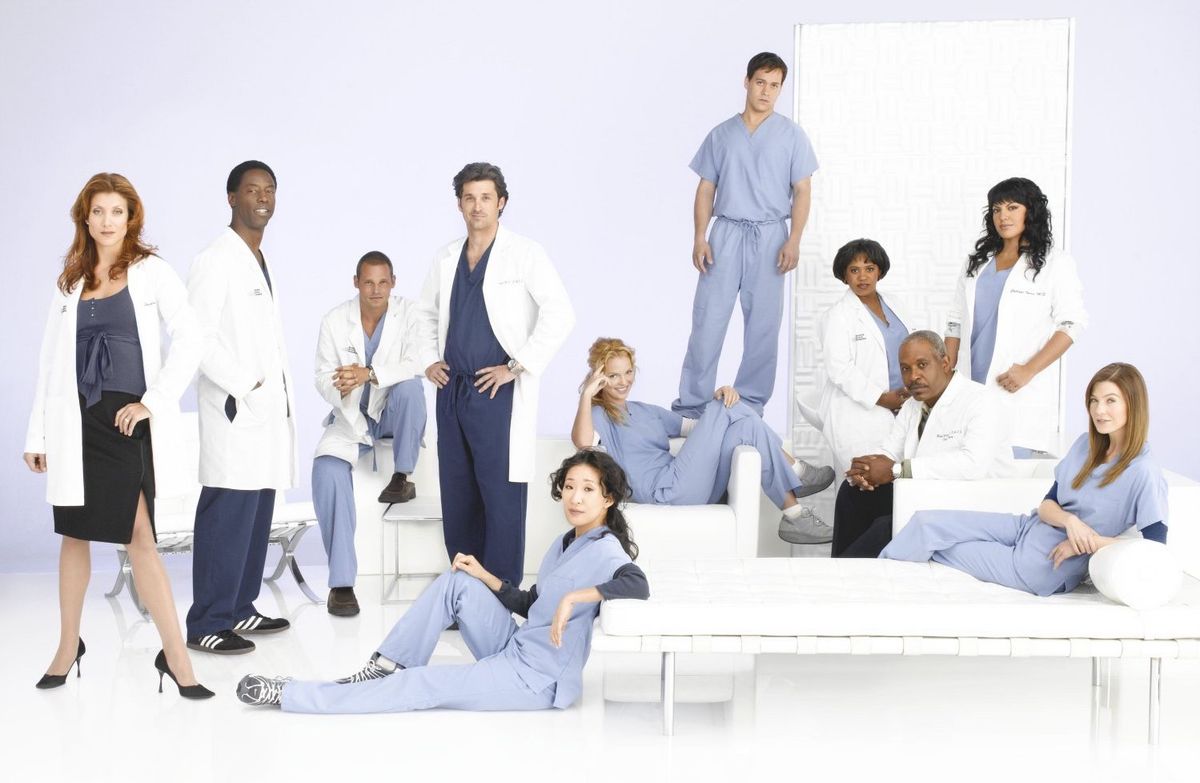 Medical drama series "Grey's Anatomy" has been captivating its viewers' hearts since it first aired in 2005. The multiple developing storylines, tragic deaths, and complicated love stories have taught its viewers many valuable life lessons throughout its 14 seasons on-air. Here are 12 of those life lessons, as told by the cast of Grey's Anatomy:

1. Never be afraid to tell someone how you feel.

Grey's Anatomy's endless number of monologues validates the importance of expressing one's true feelings. If you love someone, you tell them before its too late.

2. No matter what obstacle is thrown your way, you will be okay.

It seems like there is no light at the end of the tunnel for many of Grey's Anatomy's characters at some point throughout the show. However, despite the challenges, everything works out for the best.

Whether it be an unexpected relationship, accident, or tragedy, Grey's Anatomy fans know to expect the unexpected based on the drama producer Shonda Rhimes has created thus far.

4. Anything can happen in an elevator.

Whether it be steamy kisses, proposals, break-ups, surgeries, or an awkward moment, Grey's Anatomy taught us that anything can happen in a quick elevator ride.

5. Your actions do not have to define you.

Everybody makes mistakes, but it does not have characterize you as a person. Grey Sloan Memorial's doctors have all made mistakes in and out of the operating room, yet they are not defined by their mishaps.

6. You should not plan your life out.

Having a blueprint of your life will only set you up for disappointment and failure. Ambiguities in life keep it exciting.

7. Mixing business with pleasure can get messy.

All 28 doctors in the show are related to each other in one way or another. From step-sisters to one-night stands and marriages, business and pleasure definitely play a key role in the series. While some relationships work out in the workplace, others get too messy and complicated.

Even McDreamy has his flaws. We should not expect perfection, as nobody is perfect and no one deserves to be. Everybody has their flaws, so we should love each other for who we are.

9. Friends can become your family.

There is a point in every true friendship where friends stop being friends and become your family.

10. Everybody needs a person.

The importance of friendship is reflected in Meredith and Christina's relationship. While they are both extremely independent, they both appreciate having someone to rely on, to gossip with, and to pick them up when they are down. Everyone needs that one person.

Throughout the 14 seasons of the show, our favorite characters are faced with plane crashes, bombings, shootings, fires, and many other tragedies. We are constantly asking why so many bad things are happening to such good people; it has become a cliche for Grey's Anatomy watchers. However, we always see them overcome their obstacles and bounce back from any setback.

Whenever Christina or Meredith was having a bad day, overwhelmed, or faced with a dilemma, they would dance their problems out together. By enjoying the moment and feeling the music, one could release any anger, sadness, or frustration.