The Imminence Of Artificial Intelligence
Odyssey

The Imminence Of Artificial Intelligence

Judging by the influence of the entertainment industry, I would say that many Americans have unreal expectations about the subject 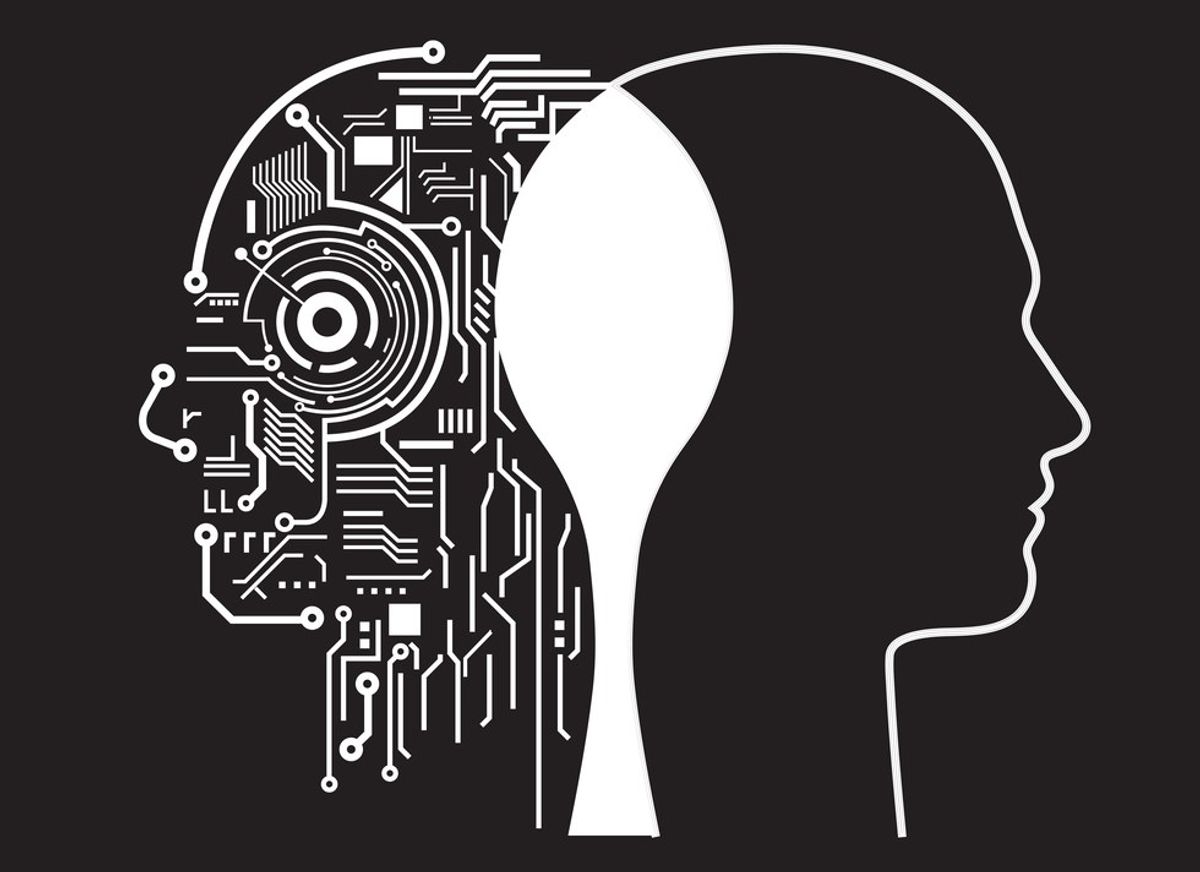 Evidence from the last decade suggests just how much artificial intelligence (AI) has progressed around the world. 2015 was an especially great year for the pace of advancement; many of the most well-known companies in the world have researched and developed methods for computers to adapt and solve problems on their own. Google, Facebook, and Microsoft have been especially key in this facet of the technology industry, using AI labs to create unique systems that are self-teaching. As well, with more plentiful data sets and cheaper software more readily available for public consumption than in past years, many more independent groups and start-ups have been able to ride the AI wave.

So, what exactly is artificial intelligence and why is it even significant? Many scientists and researchers prefer “neural networks” to the term, especially because much of the technology models aspects of the human brain. For multiple technological limitations, AI development had not been able to take off as quickly before the 21st century. After scientists created a technique known as “deep learning,” which allows large neural networks to be trained much quicker and more effectively, the uptake in AI development seemed inevitable.

Now, especially with the internet’s access to billions of pieces of information and new training techniques, research groups have been able to make progress in areas such as speech recognition, language translation, image classification, etc. You may notice some of these advancements in voice recognition in phones, personal computers (PCs), and video game consoles, automatic photo tagging on Facebook, new self-driving cars, and search engines.

However, it appears that the progress of AI has not yet reached the level of most science fiction movies. Judging by the influence of the entertainment industry on the topic, I would say that many of us Americans may still have unreal expectations about the subject. Many films like The Terminator, I-Robot, and Ex Machina have become well-known in pop culture for giving us negative, partially realistic depictions of what AI could look like in society.

These films tend to focus most on the technological self-awareness and the Singularity. This is the idea that artificial intelligence will experience a technological growth and several generations of self-improvement, which will eventually surpass human intelligence and become a super-intelligence. The most scary aspect is self-awareness, which could cause computer systems and robots to realize that they are inhuman, human creations, question their existence and purpose, and potentially act on their intention to survive by attempting to eradicate humanity. In reality, this possibility is either much farther into the future or just unlikely to occur at all.

According to computer scientist, futurist, and author Ray Kurzweil, the Singularity is fast-approaching. He believes that advanced computers could merge with other technologies, essentially combining information to accelerate even faster. With already existent gene editing technology that could allow for cell regulation and the debilitation of viruses in the future, for him, the question of how autonomous computers should be is especially significant. With so much power, such AI could pose a legitimate threat to the biosphere in the event of an error.

However, outside of the realm of science fiction, the advancement of artificial intelligence still does hold strong implications for humans in society; this is especially true regarding the workplace. Many people hold concerns about how current jobs are being and will be impacted, viewing AI as moving even closer to the forefront of the American workplace. Historically, similar fears arose when private firms began installing computers in the 1960s and again when PCs were being used at desks in the 1980s. However, in these instances, more jobs were created than destroyed. For example, once ATMs replaced bank tellers, more branches were opened, which created more jobs in sales and customer service. If anything, workers will be required to gain new skills to complement the addition of new technologies.

Companies have especially attempted to maintain positive sentiments about the ever-expanding potential for AI in the workplace. Some pose the idea that most occupations as a whole will not be automated, but rather, specific activities themselves. According to an estimate by McKinsey, as many as 45 percent of the activities individuals are paid to perform can be automated by adapting currently demonstrated technologies. The same firms further claim that low-skill, low-wage jobs will not be the primary focus of automation, as some high-paid occupations will be automated too, such as financial managers, physicians, corporate lawyers, and senior executives. The structural and financial benefits are expected to have a very high magnitude.

Paul Sallomi, Head of Global and US Technology for Deloitte, has previously addressed concerns about the growth of AI in the workplace. Specifically referring to disruptions in a firm’s business model, loss of customers, and the potential for bank fraud, Sallomi expressed the establishment of preemptive measures to prevent issues before they happen. He cited technology such as anti-lock brakes, sensors in cars that prevent collisions, and automated interstate trucking as beneficial additions related to the greater emergence of AI.

Still, those who object to these positive claims believe that AI will be more threatening. Some objections refer specifically to inaccurate AI systems, such as the software that predicts future criminals. Courtrooms across the country often use these risk assessments to help gauge who can be set free at different stages of the justice system, bond amounts, and decisions about a defendant’s freedom.

However, many of these systems were found to be biased against people of color. In fact, in 2014, US Attorney General Eric Holder warned that these risk scores could be inserting biases into the legal system. Following this supposition, ProPublica did a large examination of 7,000 people in Florida who were assigned risk scores. It found that only 20% of people predicted to commit violent crimes did so. As well, black defendants were almost twice as likely to be flagged as future criminals than whites and white defendants were mislabeled as low risk more than blacks. Black defendants were still 77 percent more likely to be pegged as at higher risk of committing a future violent crime and 45 percent more likely to be predicted to commit a future crime of any kind.

Another example of such biases is in the contest called “Beauty.ai,” which solicited 600,000 entries from individuals to be judged by AI. The algorithm considered wrinkles, face symmetry, amount of pimples and blemishes, race, and perceived age, yet it was found to be biased toward white individuals. Out of the 44 winners, 36 people were white. While these instances of racial bias are a product of human biases, they also show how AI can be subject to such problems.

Regardless of the pros and cons, it appears that AI will inevitably play a larger role in all aspects of our society, as it has been. According to LinkedIn co-founder Reid Hoffman, AI “could have very positive effects, but it has very dynamic effects.” Because jobs will definitely be lost, the focus on entrepreneurship and new jobs must increase. He is not alone. The World Economic Forum (WEF) projected that over 5 million jobs in 15 leading countries will be lost by 2020, partially as a result of AI. As well, a 2013 Oxford study showed that 47% of U.S. jobs were at risk of being automated in the next two decades.

The WEF further detailed some structural changes to be expected with the addition of AI to the workplace. Data literacy will be more necessary for many jobs, which will likely make the subject a bigger part of the educational curriculum. As well, workers should have greater schedule flexibility because jobs will no longer be confined to specific hours and environments.

While I do welcome technological advancement of many kinds, even that of AI, I do wonder about how the greater expansion of AI will affect certain aspects of our country’s current economic and social structures. More humans will train to operate new kinds of machinery and regularly interact with automated equipment, so does this hold negative implications for human-to-human interactions in the workplace?

Also, what changes can be expected for competition surrounding the same high-paying jobs that will also be automated, such as positions for doctors, lawyers, financial analysts, etc? What will be the effects on wages and job security plans, i.e. pensions, healthcare, etc? Before we see AI play the vital role that it is seemingly destined to play, I think that firms and policy-makers should be more forthright about the specific changes to daily life that are to be expected with a more direct inclusion of AI in our society.

Emmaline B
The Narrative
52086
https://unsplash.com/photos/O0T1SIgHAfM