21 Fun Facts About Wine To Share Over Your Next Glass

The Roman's took "toasting" quite literally. Next time you perform a toast, you can tell everyone why (and more). 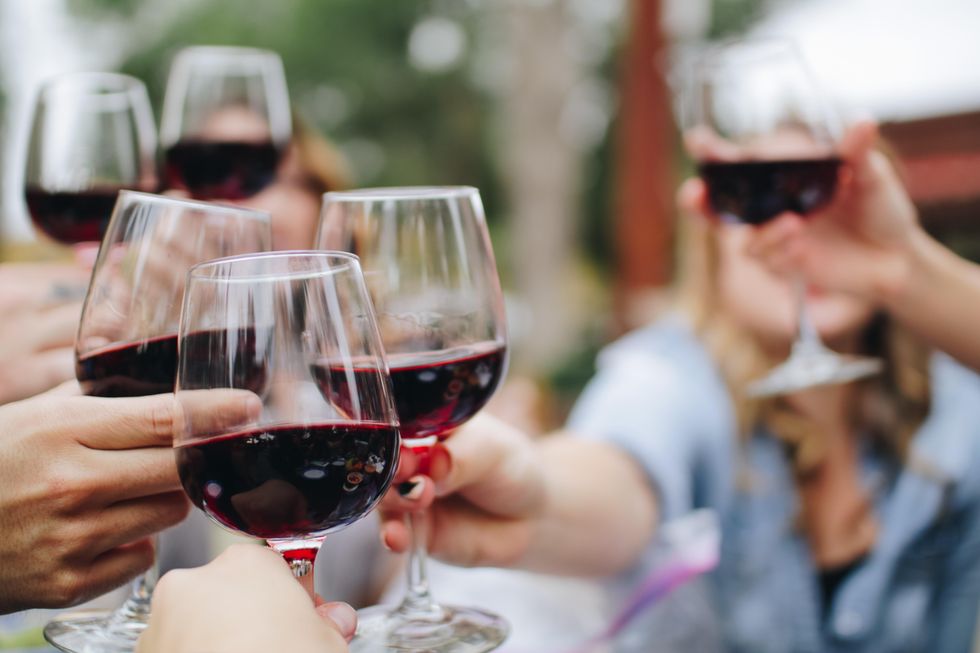 Photo by Kelsey Knight on Unsplash

I am going to start this off by saying I am a big fan of wine. I turned 21 this summer and hoped that once I was a part of the legal drinking community, I would be able to expand upon my wine knowledge and become more cultured in the world of wine.

I intended on going to various wineries with my family, experiencing different wines, and learning what I like and dislike along the way. Of course, none of that happened thanks to the changes the pandemic imposed upon the wineries near me. Nonetheless, my desire to learn about wine did not dissipate.

Flash forward to present day. I have just started working at a winery as a winetender (like a bartender, but strictly wine) and server. In my training, I not only learned (and continue to learn) all there is to know about the winery's own wines, but I also am learning the general ins and outs of wine, the wine industry and wine history.

With that being said, I have learned some interesting wine facts along the way, and I am going to share with you some of my personal favorites.

1) The phrase "drinking to one's health" originated in ancient Greece. The dinner host would take the first sip of wine to show guests that it was not poisoned.

2) "Toasting" originated in ancient Rome. Romans carried on the Greek tradition, and embellished on it by dropping a piece of toasted bread into the wine glasses. The toasted bread tempered undesirable tastes and excessive acidity.

4) Women tend to be better wine testers. This is because wine tasting relies primarily on smell, and women at reproductive ages have a better sense of smell compared to men.

5) Women are more susceptible to the effects of wine than men. This is partly due to the fact that women have less of an enzyme in the stomach lining that is necessary to metabolize alcohol effectively. Additionally, women tend to have higher body fat percentages than men. Body fat does not absorb alcohol, which leaves less area for the alcohol to spread out. The more body fat you have, the quicker alcohol can travel through the blood, and therefore, the quicker you feel the effects.

6) An Italian study says that women who consume two glasses of wine a day have better sex than those who do not drink.

7) In early Rome, women were forbidden to drink wine. If a husband found his wife had been drinking, he was allowed to kill or divorce her (records show the latter in 194 B.C..)

8) Romans found that mixing lead with wine helped to preserve it, and added a sweet taste and succulent texture to the wine. Historically, chronic lead poisoning has been cited as one of the causes of Rome's decline.

9) The Vikings called America Vineland ("wine-land") for the abundance of native grape vines they found around A.D. 1000.

10) The earliest known bottle of wine in the world dates back to A.D. 325. It was found in a Roman sarcophagus in Speyer, Germany, and now resides in the town's Historisches Museum der Pfalz.

12) Red wine (more so than white) has antioxidant properties and contains resveratrol, which seems to be pivotal in the cardio-protective qualities of wine.

13) The worst place to store wine is in the kitchen, as it tends to be too warm.

14) Wine testers swirl their glass to oxygenate the wine and encourage it to release its powerful aromas.

15) Wine tends to be served in a glass with a gently curved rim at the top. This helps contain the wine's aromas in the glass.

16) Wine glasses should always be held from the stem, not the bowl, as the heat from the hand can raise the temperature of the wine.

17) When food is paired with wine, a third flavor or "synergy" emerges that is beyond what the wine or food alone can offer.

18) Champagne is one of the world's greatest sparkling wines. Many people mistakenly believe it was invented by Dom Pierre Perignon. Although he did not invent it, he is the founder of many principles and processes in champagne production that we still use today. Upon drinking the bubbling wine, he allegedly declared, "I am drinking stars."

19) One average sized bottle of wine contains about 2.8 pounds of grapes.

21) Not all wines improve with age. A vast majority of wines actually are ready to drink once bottled and do not have much potential for aging. Few wines last longer than a decade.

The next time you enjoy a glass of wine with someone, throw in an interesting wine fact or two and let the conversation (and wine) flow.

Cheers! To good health, good company, and lots and lots of good wine.