Moments From Fuller House Season 2 That Made Us LOL
Odyssey
CurrentlySwoonLifestyleHealth & WellnessStudent LifeContent InspirationEntertainmentPolitics and ActivismSportsAdulting
About usAdvertiseTermsPrivacyDMCAContact us
® 2023 ODYSSEY
Welcome back
Sign in to comment to your favorite stories, participate in your community and interact with your friends
or
LOG IN WITH FACEBOOK
No account? Create one
Start writing a post
Entertainment

Moments From Fuller House Season 2 That Made Us LOL

Whatever happened to predictability? 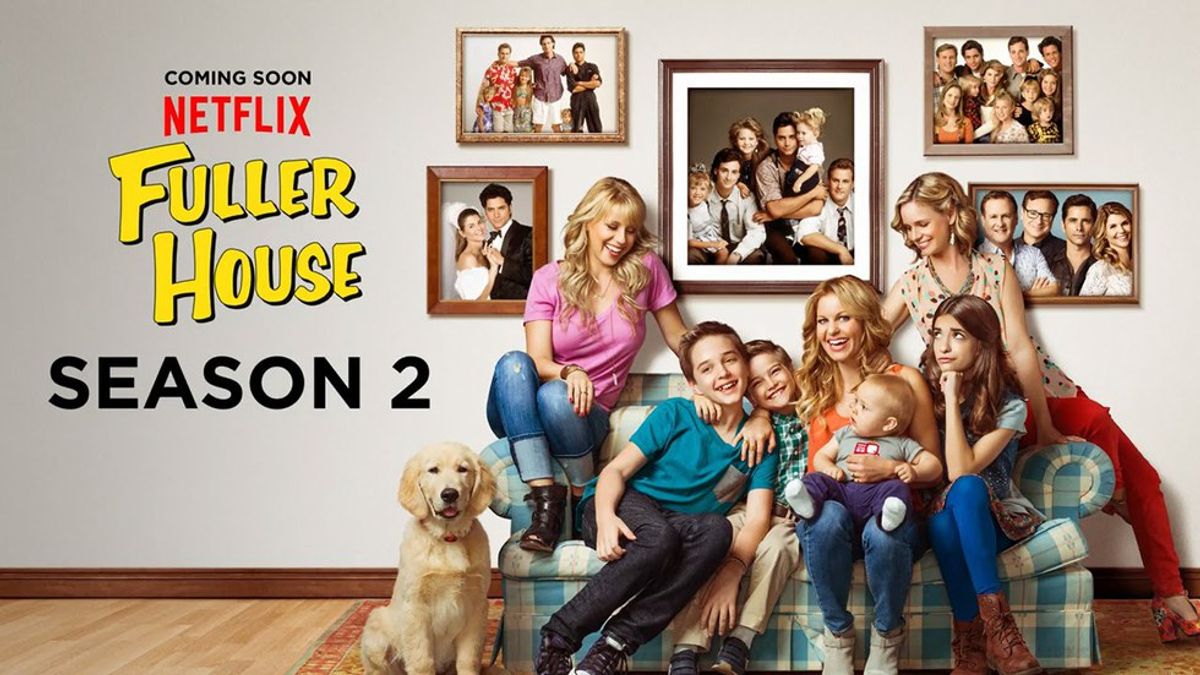 Full House was arguably the best show from the 90’s. It had crazy adventures, sibling fights, life lessons, family love, and so much more. It always made us laugh, sometimes made us cry, and on occasion it would make us laugh so hard that we cried. The recent revival of the show was everything we hoped for and more, even being renewed for a second season that was released last week to clear up some unresolved issues (Steve or Matt?!). Thankfully, this season was just as wonderful as the original, as shown by this list of times that it made us actually laugh out loud:

When Steve introduced his girlfriend, who turns out to be ridiculously similar to DJ.

When Stephanie kissed a cute guy in her backyard, who turned out to be a Gibbler.

When Max struggled at being a strict vegetarian – because of bacon.

When DJ wanted to go to bed at 9:30, identifying with college students everywhere.

When DJ crashed a wedding and hit on a guy that turned out to be gay.

When the pink ribbon on Max’s Halloween costume was for “breast cancer awareness”.

When there were 4 chickens, named after characters from Full House.

When Bruno Tonioli (Dancing with the Stars) guest starred and referenced the show on multiple occasions.

When Danny walked in and was clearly a different version of himself (can anyone say midlife crisis).

When Steve walked in on DJ and Matt kissing (awkward!)

When DJ tried to play the drums by pretending it was Rock Band.

When Max’s project slogan was a modified Donald Trump campaign.

When Kimmy became a co-host on Wake Up USA.

When the gang got locked in a fake jail cell and Jesse found the easy way out.

When Steve bought a pillow person, giving us all flashbacks to the original Full House.

When DJ came home from the dentist all drugged from pain meds.

When Kimmy appeared at her high school reunion in a garbage bag.

When Kimmy became the mouse king in The Nutcracker.

When love was in the air for Max and Cosmo.

When Steve asked DJ to write his proposal to CJ.

When Jesse threw Mr. Woodchuck into the neighbor’s yard.

When DJ got down on one knee and proposed to CJ for Steve.

At the end of the day, you can't help but love the Fuller family and the rest of the clan. The finale was a perfect cap to the season and we can't wait for more laughs to come. Season 3, anybody?