The obvious negligence and silencing of victims is infuriating; MSU has some explaining to do. 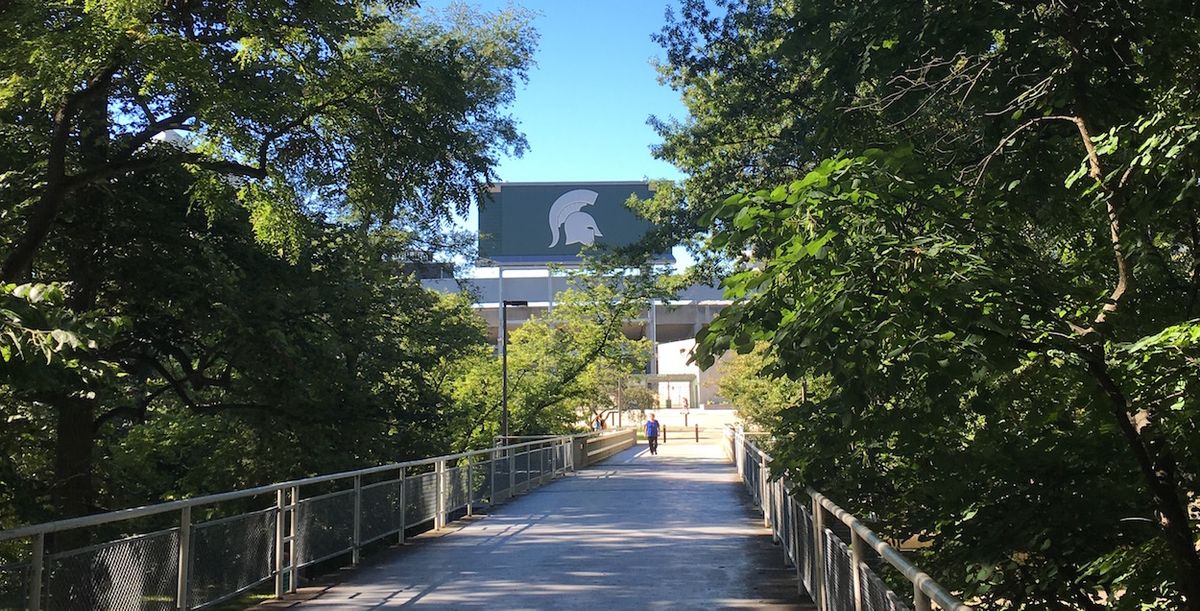 This was the best day of life at the time. It was the day I received my letter of admission from the school I had been dreaming of attending, Michigan State University.

It was everything I had hoped for in an institution: an exceptional program for my academic interests, endless opportunities for internships and studying abroad, wonderful people and staff, and a playground of self discovery and personal growth. I was a eager senior in highchool, anxiously counting down the days until I could officially call myself a spartan.

I am now in my second year and everyday I feel blessed to attend one of the best universities in the state of Michigan.

As I reflect upon all of the amazing attributes and qualities that MSU has to offer, I can't help but to acknowledge the little pest in the back of my mind that pops up quite frequently nowadays surrounding the disgusting and terrifying case of former gymnastics doctor for MSU and USA Gymnastics, Larry Nassar.

My disgust for him and his repulsive behavior and actions will have to remain idle for the time being, for I am writing to address my frustration and anger for the school I have grown to love so much.

It is ridiculous to me that for a quarter of a century, this pathetic excuse for a man had the free range and ability to continuously sexually assault and abuse young women. The part that riles me up the most is that clearly, he thrived in an environment that enabled this behavior. I am proposing the idea that his co-workers, administration of MSU and USAG, etc. were aware of his behavior and actively chose to swipe it under the rug.

It simply makes no logical sense for a man of this caliber to abuse more than 140 women for over 20 years without anyone knowing.

Do we see the systemic silencing of victims yet?

Now MSU, the university I praise so often, has found itself in a mess of negligence, blindness, and lack of attention to detail.

According to the Lansing State Journal, Nassar was allowed to continually see patients for 16 months when he was under a Title XI investigation in 2014. MSU has complete control to put an employee of the institution on administration suspension while under investigation, yet they neglected to do so.

In the more recent news, a victim of Nassar's, Rachael Denhollander, spoke out against Michigan State's negligence stating, "You don't get someone like Larry Nassar, you don't get a pedophile who is able to abuse without there being a culture surrounding him in that place."

In addition to Denhollander, Olivia Cowen expressed her frustration and disappointment with MSU's lack of support during the victim hearings during the week of January 14th, 2017 when she realized that the President of Michigan State University, Lou Anna K. Simon did not make an appearance for the hearings. Cowen saying, "You have apologized for him, and for the horrible things he has done.That is not enough. At what point will you look at yourselves in the mirror and realize that taking ownership of this matter is the only way to truly bring about change?”

Countless news outlets, including but not limited to, ESPN, Lansing State Journal, and MLive, are reporting and claiming that victims were expressing their traumatizing experiences with Nassar over the past 20 years, however they were not taken seriously and were often overlooked and viewed with skepticism.

Each and everyday new information is being uncovered and reported in regard to the victim hearings and the progress the trial is making. However, my frustration lies with my own school, which is hard to swallow. The obvious negligence and silencing of victims is infuriating; MSU needs to do some explaining and begin to conduct reparations for the damage that has been done.

Administration that was involved in the silencing of victims must be called upon and have their position within the university revoked. As for President Simon, it is fair and safe to say that your resignation is appropriate at this time.

I hope and pray that justice will be served, and that victims are granted closure and privacy to cope with their experiences as they recount them in court before their assaulter. The demeanor, support, and character of Michigan State students remains strong as we stand in solidarity as the victims begin to move forward and heal from this deeply saddening and unfortunate event.