From The 'Burbs To The City
Odyssey

From The 'Burbs To The City

A change of setting can do wonderful things! 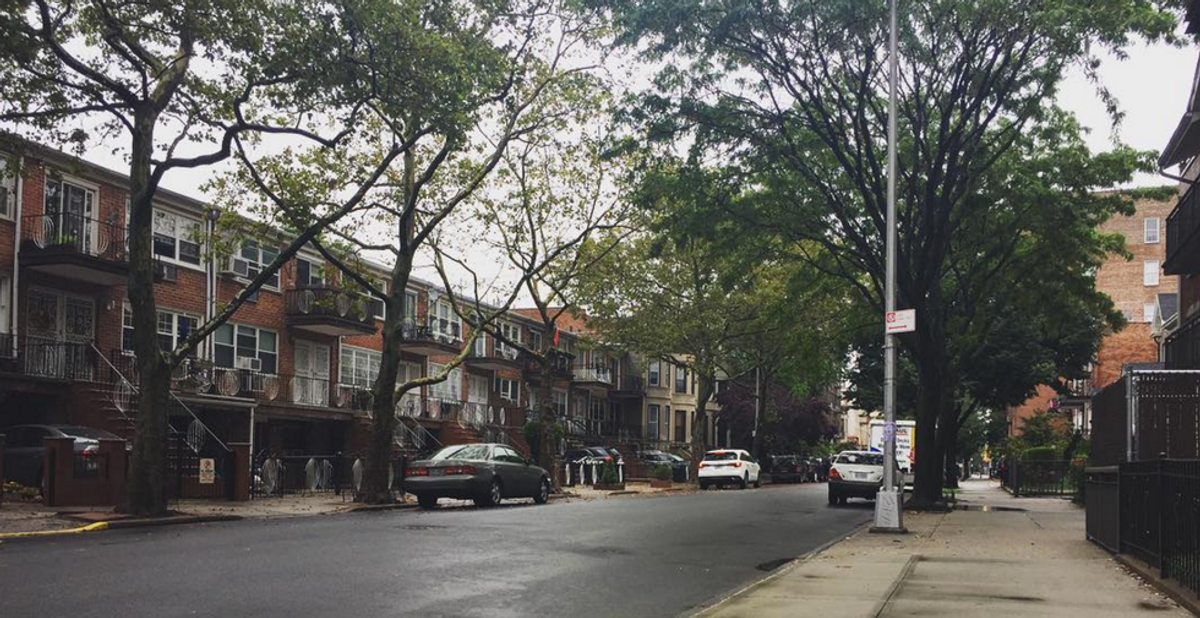 I'm sure that I'm not the only one that thinks moving from the suburbs to the city is difficult. As someone who spent her entire life living in the quaint suburbs of Massachusetts, the beautiful metropolis of New York City is both enticing and overwhelming. God only knows what my classmates from the countryside are feeling right now (if that's you, my heart goes out to you.) A lot of things about me have changed since I moved to the city, and I've only been here for a week. The city likes to bite into people and not let go, and it does this the moment you step onto the sidewalk.

In the suburbs, like everyone in my neighbourhood, I lived in a house. Three stories, three bedrooms, a dining room, a basement, everything that a house comes with. It was spacious and I never had to cram any of my stuff into anything. Now that I live in a dormitory in Brooklyn, I've had to do things like buy risers for my bed so I could put my winter clothes under there, because otherwise my closet would burst. The first thing a city does to a suburbanite is teach them how to be space-efficient, and how to find the best deals at IKEA. On the bright side, everything you need is right there—no need to go looking for things either. There are so few places you could have fit something, so everything is very easy to find.

Another thing I've learned since being in the city is how to walk and take advantage of public transport. At home, I had my car—and my best friend lived three towns over. We didn't have public transport that far out of the city, so a car was a vital asset if you wanted to have a thriving social life. Besides, when everything is as far apart as it is in the suburbs, you really do need a car. Since coming to Brooklyn I think the only time I've ever needed my driver's license is to show my friends how dorky I looked when I was 16. In fact, when I look up how to get somewhere, often times Google Maps says that it'll take longer to get there by car than it would take on the subway. Walking is reserved for things under two miles away, but I bet that when it gets cooler and more bearable outside it'll be so much easier to walk as far as Manhattan. I don't think I've walked as much in my entire life as I've walked in the week that I've been here. I'm honestly surprised that people still have cars in New York City.

Now this is something very New York-specific: The organization of the streets. Boston is a terrible city for the directionally challenged, and its suburbs are no better. My town has both a Hayes Lane and a Hayes Ave, and they're practically right next to each other in the same neighbourhood. New York is a welcome break from the chaos that are the streets of Boston. I know exactly where I am all the time and exactly how many blocks I have to walk to meet someone. I can tell someone exactly what neighbourhood they're looking for just from the street intersection. It's beautiful how a city so crowded could be so perfectly organized.

Moving from the suburbs of a small state to one of the most significant metropolitan centers of the world was like a pleasant slap in the face—it stung at first, but after the pain subsided I was glad to have had that wake-up call. New York City is the perfect place for people looking for a change of pace, a change of environment, a change of heart, maybe? New York will chew you up and spit you out, but it'll spit you out as a new person, a more independent person, a more city person.