Top 5 Formula One Drivers To Support

5 Formula One Drivers You Should Be Stanning About

They are what makes the sport as wonderful as it is. 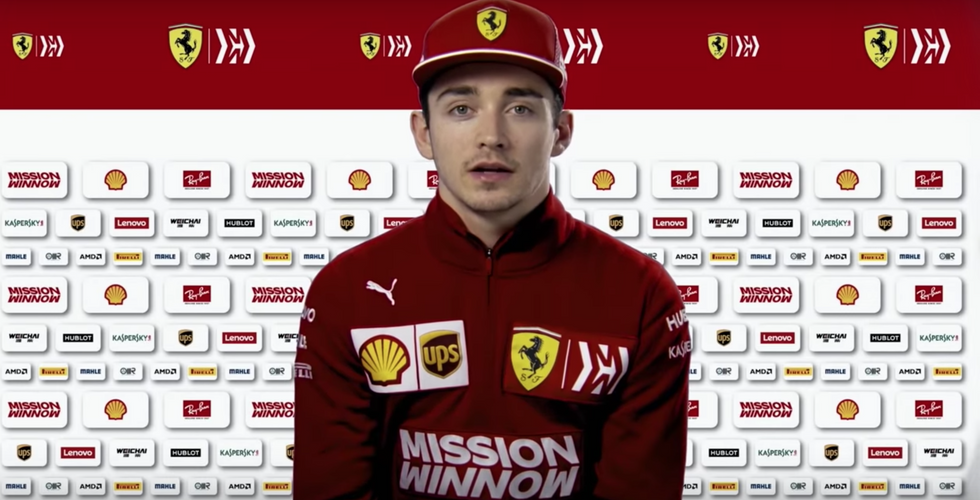 What makes Formula One as great as it is?

The cars? Well, they go kind of fast but, no.

The circuits? Traveling the world is pretty cool, but nah.

The drama? I mean it's entertaining to watch, but try again.

Sure, the supersonic speed of the automobiles zooming across the circuits causes a flush of adrenaline through your veins, but Formula One would not be what it is without the people INSIDE of those automobiles. They are the beating heart of the sport.

Here are five Formula One drivers you should be stanning over.

Zooming his way into the Formula One world, Charles Leclerc has demonstrated great talent, strength and skill off and on the race tracks. At only 21 years of age, Leclerc became the second-youngest driver to qualify pole position at the 2019 Bahrain Grand Prix. Leclerc made his debut onto the racing scene in 2005, when he was only eight years old, winning the French PACA Championship three separate times.

It wasn't until 2018 that the Monégasque racer made his debut into the Formula One world, racing for Alfa Romeo Sauber. One year later, Leclerc signed on a contract with Scuderia Ferrari, a team he always dreamed of driving for.

In the midst of his Formula One journey, Leclerc became far too familiar with loss and heartbreak.

In 2015, Leclerc lost Jules Bianchi who tragically lost his life due to a crash at the 2014 Japanese Grand Prix. Bianchi was not only like a brother to Leclerc but was the one who taught him his first driving lesson.

In 2017 Leclerc lost his father due to an illness. Just four days after his father's death, Leclerc found immense strength within himself and won the feature race at the 2017 Baku FIA Formula 2 round.

What makes Leclerc as admirable as he is is his great talent, his kind nature and his resilience. Although it is only his second year in Formula One, Leclerc has demonstrated incredible skill and determination on the track.

You definitely want to be supporting Charles Leclerc, as he is a legend in the making.

At only 19 years of age, Lando Norris has become the third-youngest Formula One driver and Britain's youngest Formula One driver in history. Norris drove his way into his racing career when he was only seven years old. When he was 14 years old, he won the Karting World Championship, and one year later he became the youngest karting champion by winning the CIK-FIA KF World Championship.

Working his way up to the top, on September 3, 2018, it was announced that Norris earned a seat as a driver for McLaren for Formula One's 2019 season.

Norris' accomplishments at such a young age aren't the only things that make him admirable, the man is also a meme master. With his occasional ridiculous and silly Instagram and Twitter posts, he has become the Meme Lord of all Formula One drivers.

He has a strong sense of determination and a great sense of humor to pair along with it. Lando Norris is one Formula One driver that you'll find pleasure in supporting. He's really pure. Stan him.

If you're planning on stanning Lando Norris, you MUST stan his teammate, Carlos Sainz.

In 2014 he earned a seat with Formula One's Scuderia Toro Rosso for the 2015 season. At his first race, he qualified in the top 10 and finished in ninth position.

Ever since he joined McLaren he has formed the purest friendship with Lando Norris. It is a crime to stan one and not the other.

They don't him "Iceman" for no reason.

Kimi Räikkönen has the personality of steel. He expresses no emotion at all whatsoever, and he's just phenomenal.

Karting since he was 10 years old, Räikkönen first made his debut into Formula One world in 2001, driving for Formula One's Sauber. At his first race, the 2001 Australian Grand Prix, Räikkönen scored a championship point. He was reportedly sleeping 30 minutes before the race. Typical Iceman behavior.

Now racing for Alfa Romeo, in his career, Räikkönen has won 21 Grand Prixes and has become the most successful Finnish racer in Formula One.

What makes Räikkönen as iconic as he is goes beyond his talent on the Formula One track. He's a man of many, many, many remarkable and quotable words.

When asked what is the most boring moment of a race weekend, he responded with "right now." Ouch. In another instance, when asked about his relationship with Peter Sauber, he simply said: "He is my boss." You don't say...

You definitely don't want to be missing out on Formula One's one and only Iceman.

Following in his father's footsteps by pursuing a career in racing, Max Verstappen became the youngest Formula One driver at 17 years old.

He first started karting when he was just four years of age. In 2010, when Verstappen was 13 years old, he moved onto international karting where he won the WSK World Series.

In August of 2015, Verstappen was announced as one of Formula One's Scuderia Toro Rosso's drivers. However, one year later Verstappen moved up and joined Red Bull's Formula One team.

Verstappen's youth is not the only reason he's such a notable racer; Verstappen has made MAJOR improvements in his performance over the years.

He went from being the star of many collisions and making many minor mistakes on the track to qualifying pole position at the Hungarian Grand Prix and becoming a fearless driver.

He is making incredible progress and he is one racer you will want to support.

formula one
Report this Content
This article has not been reviewed by Odyssey HQ and solely reflects the ideas and opinions of the creator.