Forever Young: For The Kids, For The Cure, For THON
Odyssey
CurrentlySwoonLifestyleHealth & WellnessStudent LifeContent InspirationEntertainmentPolitics and ActivismSportsAdulting
About usAdvertiseTermsPrivacyDMCAContact us
® 2023 ODYSSEY
Welcome back
Sign in to comment to your favorite stories, participate in your community and interact with your friends
or
LOG IN WITH FACEBOOK
No account? Create one
Start writing a post
Student Life

Forever Young: For The Kids, For The Cure, For THON

Going Greek and giving back. 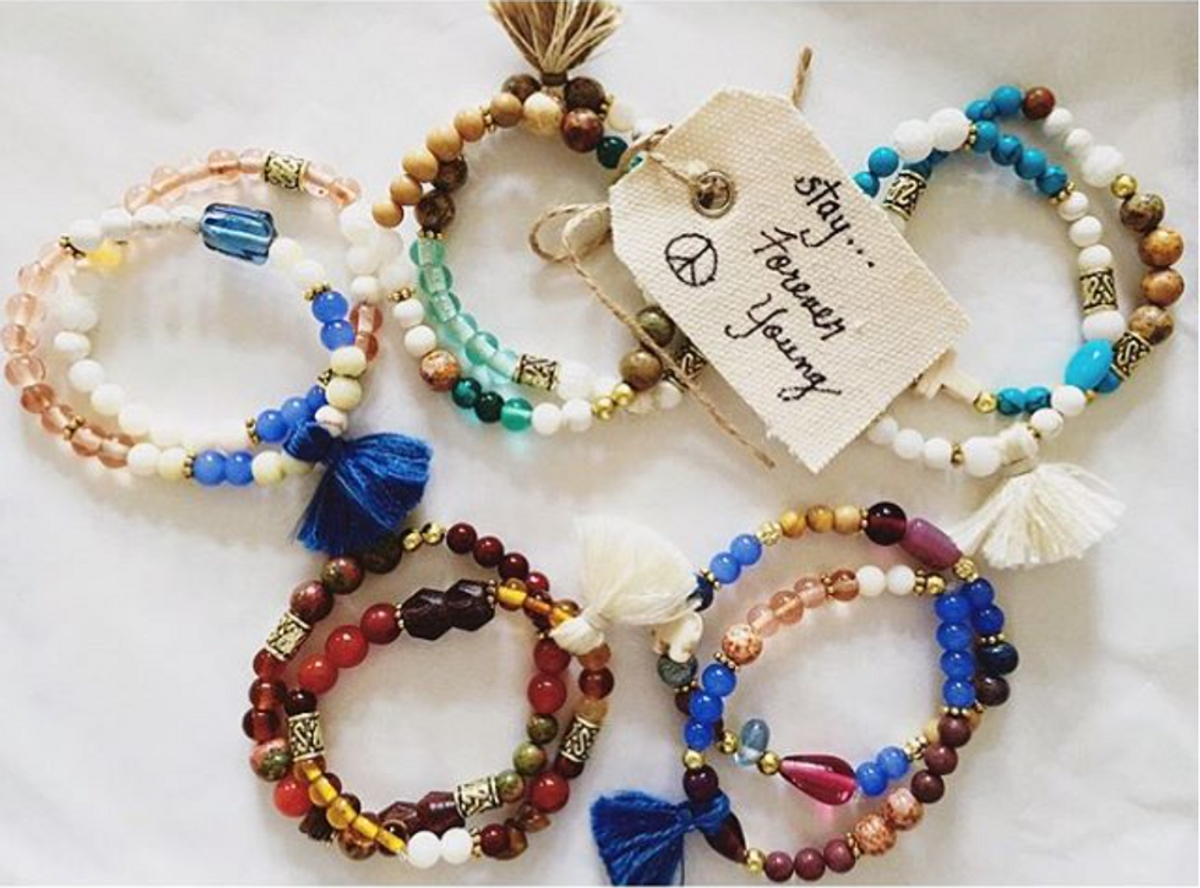 More often than not, the Greek community is criticized and perceived in a negative light, especially by those who are not a part of it. We have reached a day in our age where Greek life is living under a microscope. Our society is under the misassumption that the action of one is a clear depiction of us all. However, the positive effects that Greeks have on their communities are simply overlooked.

Penn State’s Carly Racanelli is an example of a member of the Greek community who is positively impacting our society as whole, every single day. Not only does she have her own business in which the proceeds are donated to charity, but she also has decided for the month of November to donate 50% of her proceeds to Penn State's THON. A junior at Penn State, Carly is a public relations major with a minor in sociology, as well as a member of Kappa Alpha Theta fraternity. Four years ago Carly and the Racanelli family lost a brother and a son, Michael Racanelli. In an effort to honor his memory, The Michael Racanelli Forever Young Foundation was created.

In an interview with Carly, she stated the goals of the foundation were to “spread his [Michael’s] peace.” Carly and the Racanelli family have worked closely with the foundation to have a lacrosse scholarship in Michael’s name, as well as sponsoring mission trips, and contributing to organizations that have positive impacts on society.

Carly says one of her favorite organizations to donate to is Mission Be, a program that teaches mindfulness to school children. The foundation also helps to feed hundreds of people during the holiday season, specifically at their hospitality center, a center that even has a garden designated for people to gather and reflect.

When I asked Carly, “Why 'Forever Young'?”, she stated that “forever young” is the way that her, her family, and friends will always remember Michael. “He lived his life to the fullest and had such a genuine and pure soul,” Carly said in our interview. This past summer, both Carly and her sister came up with the idea to make bracelets to sell in which part of the proceeds would be donated to The Michael Racanelli Forever Young Foundation. When asked why the bracelets, she said, “I wanted to get creative and find a way to continue to spread his peace and get involved in something bigger than myself,” as well as wanting to give a reminder stay imaginative and free… essentially, forever young.

Carly, a huge advocate for THON, decided once both canning weekends had been canceled, that she wanted to take action to do something to help raise money towards THON’s total. “After experiencing THON my freshman year at PSU, it was always something that I was extremely impressed by and proud of. Anyone that attends THON knows what I’m talking about because it is such a moving and emotional experience that has an amazing cause.” For the month of November, Forever Young Bracelets and The Michael Racanelli Forever Young Foundation are teaming up to raise money for THON. 50% of each bracelet sold will be donated to THON in hopes that we can be one dollar and one step closer to a cure.

Greek life usually does not get the benefit of the doubt. We as a Greek community are often perceived as a negative addition to society and our philanthropic efforts somehow manage to get constantly overlooked. Carly Racanelli is genuinely a good example of what it means to go Greek and is helping to take back what it means to be Greek.

For more information or any questions about where and how to buy a bracelet to help to donate to THON:

Nicole Marie Nigro
Individual Creator
9222
c1.staticflickr.com
Where to start...... Let me start with the cliche that life throws us curveballs and what we do with it is what counts.