Food For All The Five Senses
Odyssey

Food For All The Five Senses 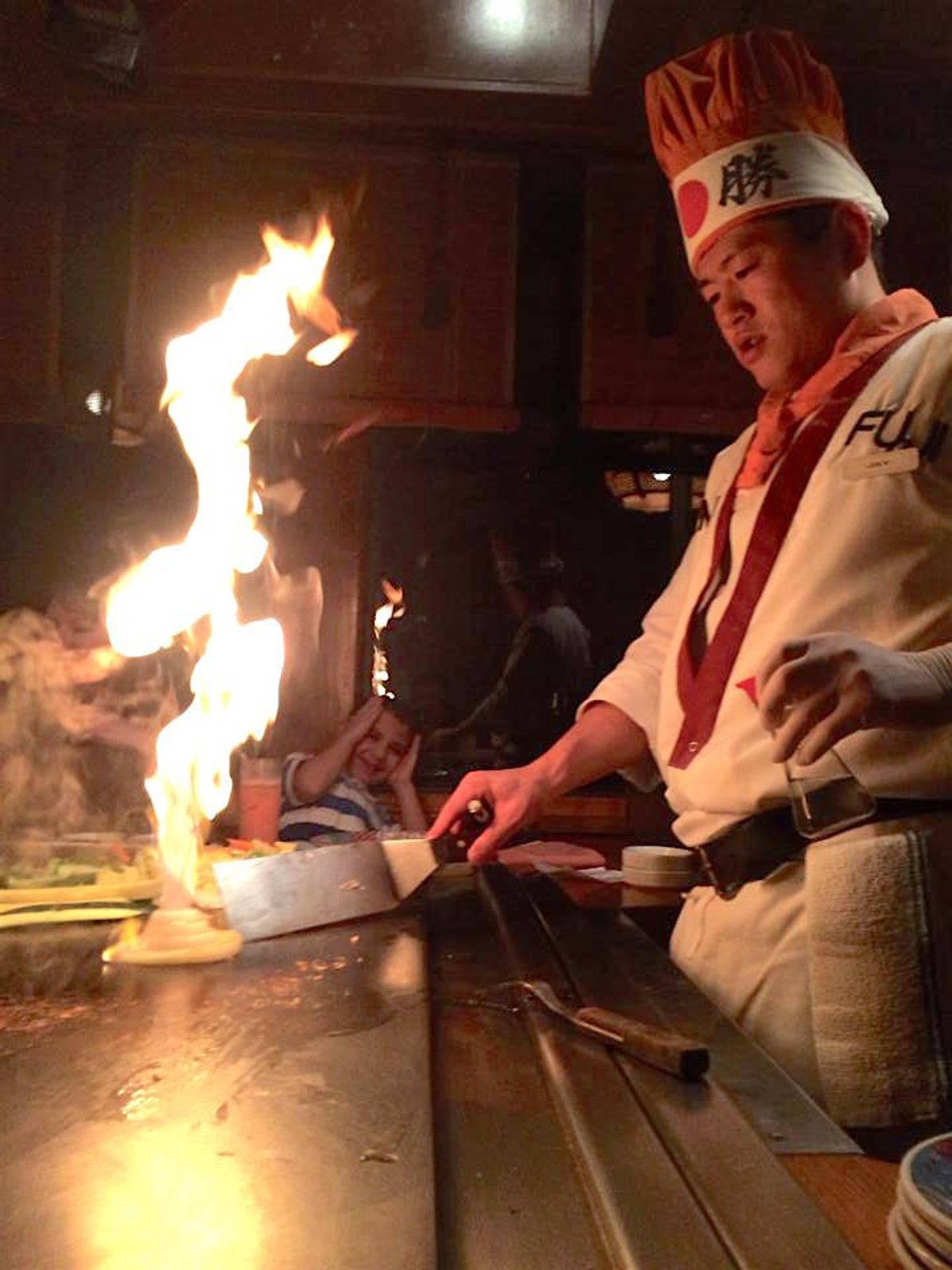 The name of the restaurant is more than fitting for this type of experience—an experience for all five senses. The smell of the fervent kimchi, the sound of the sizzling platter when the egg goes through chemical change on the plate; the sight of gooey strings holding on for dear cheesy life; the aggregate of soft, chewy, and crunchy textures in your mouth; and of course, the taste.

It’s no wonder Dol Pan Kimchi Bokum Bap made Five Senses well-known and credible out of all the other restaurants in Koreatown and even New York City at large. However, they’re not the only ones who know to put on a show and interact with guests using food.

Hibachi is the most universal example of how certain food services thrive off of the entertainment they give their guests. We typically don’t choose to eat hibachi because of the extraordinary quality or taste of the food; we choose it because we want to watch our food be prepared and to be a part of our food’s creation. Korean BBQ, with the open grill and tableside service, and shabu shabu, with the boiling pot and having control of the cooking, are other common instances in which we get a different type of experience dining out.

Even at a take-out Chinese restaurant, where interaction and/or a performance is not an essential part of the meal, customers like to watch their food being prepared—some because of paranoid hygiene reasons, but most out of curiosity.

If you’ve ever had taiyaki or obanyaki, the pastries are made in waffle iron-like contraptions for you to watch. Halal carts in the streets, crepes swirled with Nutella, pizzerias with spinning doughs in the air—all proof of freshness, but also stimulation for our appetite.

Whatever food it is, we have an intense yearning to be around our food long before we put it in our mouths, to have a connection with it. The best explanation for this yearning lies in its resemblance to foreplay. Appealing to all of our senses is the foreplay leading up to the grand moment when we finally take that first bite. It makes everything much tastier. And similarly, it’s critical to ensuring an unforgettable experience.

Restaurants and food service establishments have realized that, and it’s become unequivocally apparent in the recent years. Now, rather than a display of freshness turning into a performance, chefs are purposely turning their dishes into a performance or an interaction of some kind to heighten our experiences and leave us craving more. The most popular examples in New York City include:

Mixed and rolled to order. All the rage began with 10 Below, which I believe was the first to popularize it, and then numbers of new Thai ice cream stores opened up around the same downtown location because the demand was ridiculously high.

Ice cream made to order with a blast of liquid nitrogen, geared toward all of the little scientists inside us. Like Thai ice cream, all the ingredients are mixed for you, and the nitrogen aspect makes it all the more natural. Move aside, Häagen Dazs: It’s a science experiment with a yummy treat at the end—who would turn that down?

Tonnarelli cacio e pepe tossed in pecorino cheese—a whole wheel of pecorino cheese, tossed tableside and transferred onto your plate in front of your eyes. It’s almost a placebo effect of seeing so much cheese that it’s like you get to eat all of it with your pasta. The pan they use to coat the noodles is actually the cheese wheel. So much cheese, so little time.

A wheel of Alpine cheese, melted and scraped onto your dish tableside, so you can gape firsthand at all the melted gooey cheese glory. There’s not much in life that’s more satisfying than seeing superfluous amounts of cheese ooze onto a bed of roasted al dente potatoes.

Their dessert called Chocolate Cake that has understated itself. You wouldn’t think it was s’mores, and you wouldn’t think that s’mores could get better than a marshmallow roasted on raw nature over a true campfire and some Hershey’s chocolate bars. It does get better, though, with fiery metal straight from the fireplace branding marshmallows on a bed of chocolate cake and graham crackers.

A new dessert called Baked Alaska, which is far from salmon. A soft, whipped cake hides enrobed in cotton candy. They reveal the delicate cake by setting the dish aflame, melting the cotton candy and thus caramelizing the white cake, which has been kissed with some delicious markings of pure sugar and heat. The cake could easily have been caramelized with a torch and no cotton candy, but that extra step is now your extra treat.

A popular dessert called “Hit Me” Chocolate Cake, a luscious tower of brownie, roasted white chocolate ice cream, devil’s food cake, topped with a Klondike bar, chocolate words urging you to “Hit me!” Drizzle some warm chocolate on top, and then unleash your ravenous rage with a nice spoon smack on that Klondike. Your heart will melt alongside the vanilla.

Channel your inner farmer by planting with The Harvest. Give your cilantro or mint plant some tender loving care with black rose milk tea, essential to the survival of every plant, then uproot it and dig into the dirt. Fortunately, there are no worms, only a decadent berry cheesecake shortcake. A couple years ago, your server would have unpotted the plant for you and drizzling the rose milk over the cake.

Dinner should always come with entertainment. Next time you find yourself in the city, skip Broadway shows and interactive museums—the food alone has it all.