The Flooding in Baton Rouge: A Volunteer's Perspective
Odyssey

The Flooding in Baton Rouge: A Volunteer's Perspective

The aftermath is devastating, yet news coverage is lacking. 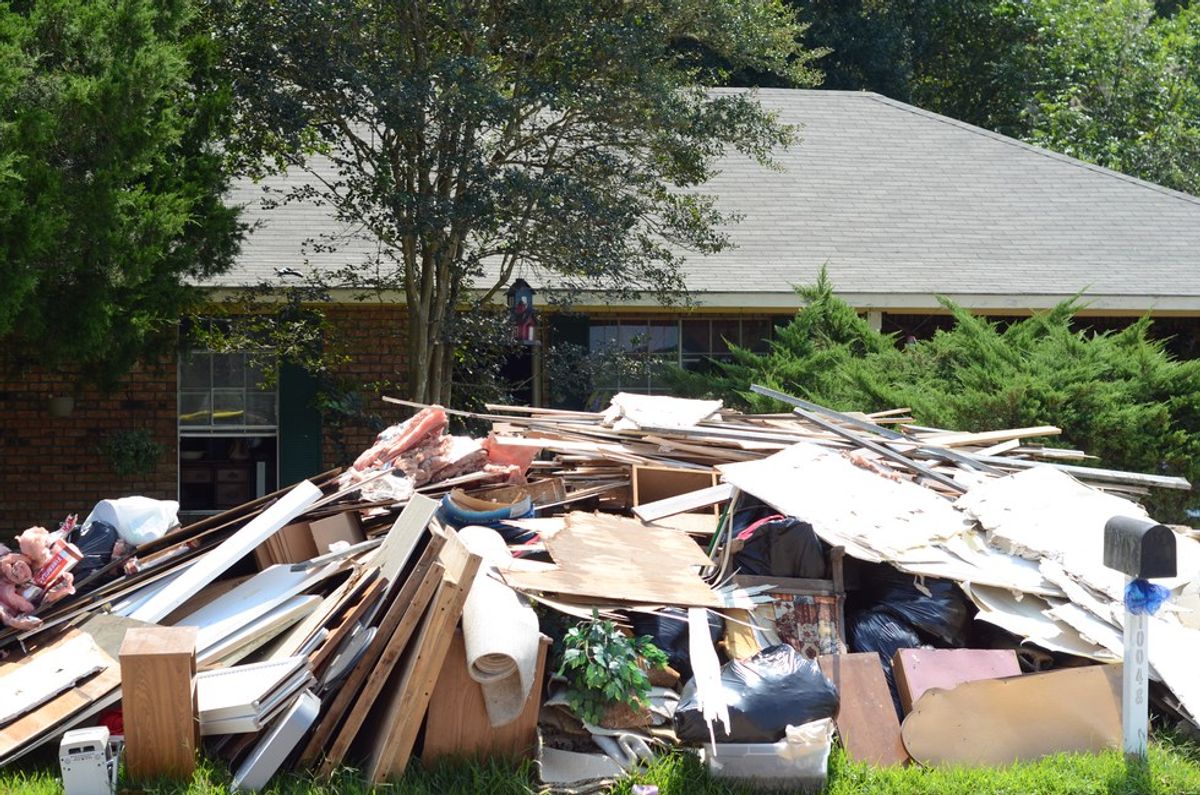 Labor day weekend is a time for many people to visit their families and travel. This past labor day, I was invited to join the Sisters of Charity in their house in Louisiana for a "Come and Serve" weekend. We flew to New Orleans Friday morning.

Saturday morning began with a long, early-morning car ride from the sister's House of Charity in New Orleans to Baton Rouge, Louisiana. Driving through Baton Rouge was quite the heartbreaking occasion. After record-breaking rains flooded the city, residents were left to manage the devastation, often on their own accord. Littering the curbsides were heaps of wrecked furniture, appliances, soggy counter tops, and mold-ridden drywall. Piles of people's assets, many of which were a lifetime's worth of income, were just thrown onto the streets as waste, easily demolished by water.

The Sisters of Charity had contacted an organization called St. Benedict's Project, a non-profit that helped people whose lives had been affected by natural disasters in the greater New Orleans (and Baton Rouge) Louisiana area. We were assigned to work on gutting the house of a local resident by the name of George. The fourteen volunteers that were at the work site were able to remove many of the water-damaged appliances, walls, and insulation.

The unfortunate fact of the matter is that the aftermath of the flooding is drastic while the news coverage is minimal. Very few news sources pay attention to what seems to be "old news." Apparently, the destruction of many people's homes by a foot of water is not newsworthy.

However, awareness needs to be raised, as volunteers and relief for the people of Baton Rouge are greatly needed. Being able to see the destruction of the flooding in Louisiana in a manner that literally made me a part of it, even in the slightest, forced me to consider how desperately the need is for understanding charity in a global community. That being said, the volunteers who did help with the clean-up ignited a sense of hope within the community, helping the people of the city rebuild their homes and their lives.