How Eating Healthier Is Good For Your Budget

Starting To Eat Healthier Made My Budget Better, Too

Last year, I struggled with balancing healthiness and affordability in my meals. This year, I've found a balance. 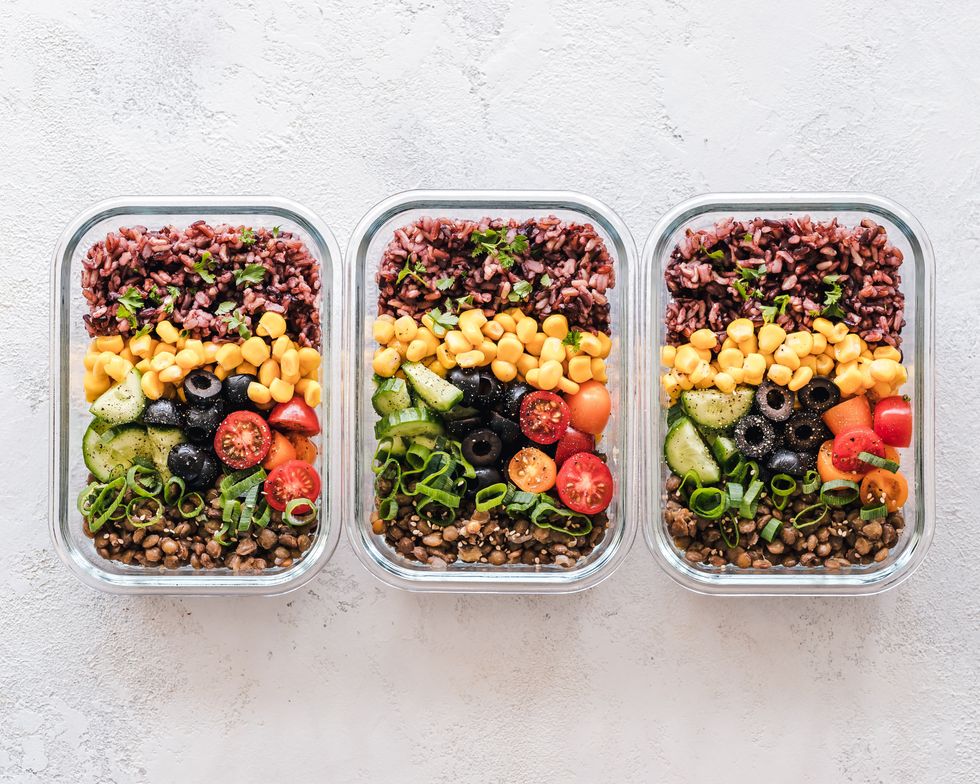 In my first year in the dorms, I ate like there was no tomorrow. I had a meal plan, but when I'd inevitably get tired of the fresh, hand-cooked food just around the corner, I could always turn to my frozen chicken nuggets and microwavable rice packets. I barely spent six bucks a week on my non-meal-plan meals, and for the sheer mass of food I could buy, I was happy.

Over the summer, though, as I began working as a coach, I started to care more about the nutritional value of what I was consuming. Suddenly I was drinking homemade power smoothies and making protein-packed granola yogurts, and I'd never felt better. Being conscious of my intake was a thrilling challenge — I even started to become attuned to how my body would react to eating healthy versus unhealthy foods. Despite this amazing feeling, I was painfully overspending. I knew I needed to find a better balance between dieting and budgeting.

My journey to balancing nutrition and cost peaked when I moved off-campus.

Using my Instant Pot pressure cooker, I started cooking a few bean-based soups. A batch of minestrone soup, for example, costs about $18 and works as a daily meal for almost two weeks (and its variety of vegetables keeps me from becoming bored with the flavor). Cooking soup from scratch gives me the freedom to choose low-sodium or organic options when available — not to mention it's so fulfilling! One of my favorite things about using organic veggies is their cost: at Giant, where I shop, organic vegetables are often the same price as their conventional counterparts.

Another favorite I've found is a "lazy" cross between shrimp scampi and pasta primavera, where I saute whatever veggies I have in my fridge with frozen shrimp and whole-grain pasta noodles. Shrimp is one of the cheapest proteins you can buy, and seafood is so much better for your heart than red meat.

Red meat is actually one of the biggest contributors to my shift from unhealthy and expensive to healthy and inexpensive. No, it doesn't drive my diet — I cut out red meat almost entirely. I've found that in almost any recipe, I can replace beef or pork with well-seasoned chicken or shrimp, and I can't recommend that switch enough. After a few weeks, you start to feel lighter and less bloated!

Tacos? It sounds crazy, but shredded Cajun chicken is miles above ground beef.

My last major swap has been trading sugary drinks for different flavors of tea. When I lived in the dorms, I'd always have at least two different kinds of fruit juice and either chocolate milk or iced cold brew in my fridge. Now, I drink fruit-infused black teas when I'm craving a fresh taste or chai when I want a powerful flavor. I've even started making homemade sugar-free lattes as a comfort drink — the ability to make a latte on a stove might well be the greatest thing about living and cooking off-campus.

Moving off-campus and relying on my own cooking skills has taught me so many ways to improve my nutrition and save money. Week after week, I find a better technique, a better ingredient, or a better price that keeps me moving forward. And as I move forward, my budgets managing to keep up!