Five Times Justin Trudeau Made Us Want To Be Canadian

Five Times Justin Trudeau Made Us Want To Be Canadian

Canadian Prime Minister Justin Trudeau is making some important changes, and they're all pretty great. 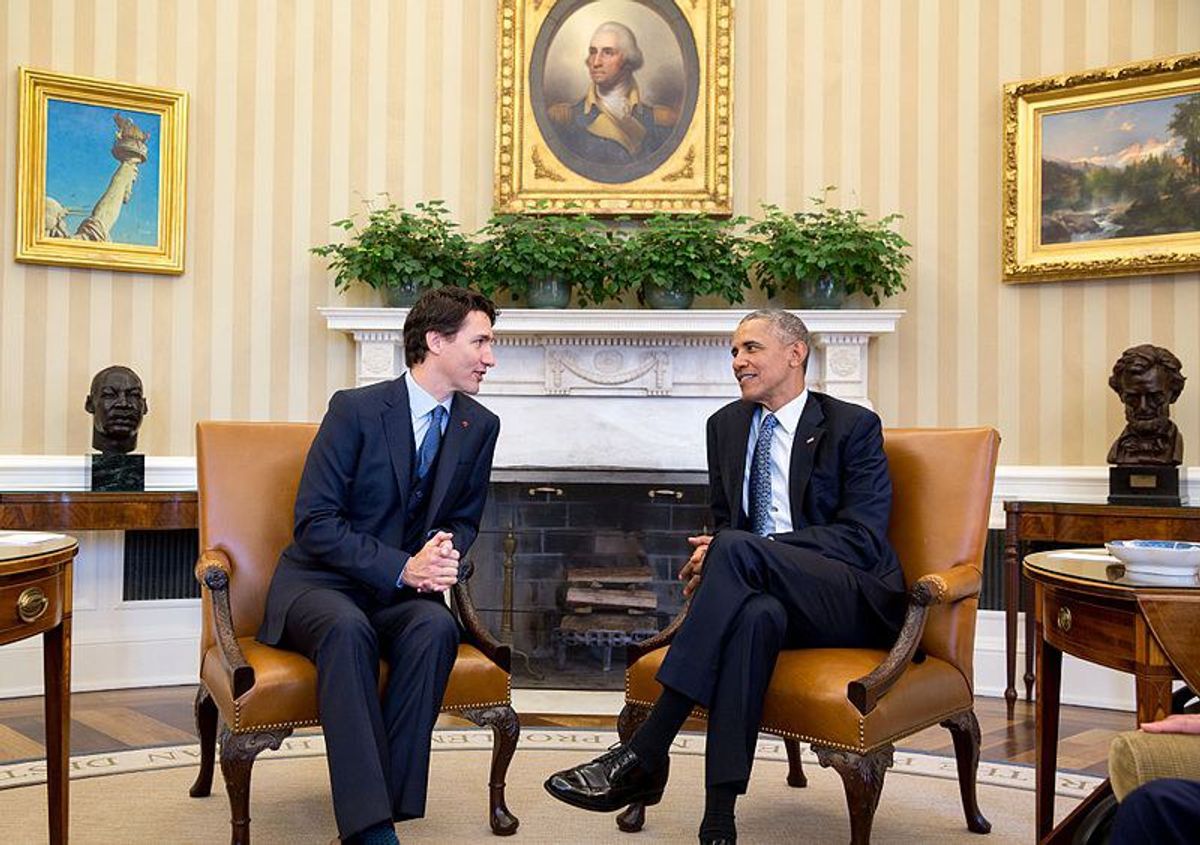 Canada's Prime Minister Justin Trudeau has spent the last few months doing some pretty incredible things. Here are five times Trudeau made us all want to be Canadian:

1. When he came out as a feminist

Not only does Trudeau like to tell us that he is a fierce feminist, but he also acts on it. According to a Vox article, Trudeau is lifting Canada's ban on abortion funding and plans to spend $750 million on women's health. Senior Vice President for Media and Government Relations at Population Connection Action Fund Brian Dixon told Vox in an email interview that, "The decision by Prime Minister Trudeau to allow funding for safe abortion care in the developing world just highlights how out of step the United States is when it comes to addressing the full range of women’s health." Last year, Trudeau also announced that an equal number of men and women would sit on his cabinet: 15 men and 15 women. Among those cabinet members, several were people of color. When asked about his choices and why he it is so important to have an equal number of women and men on his cabinet, Trudeau replied, "Because it's 2015." According to an article by the Huffington Post, upon attending a United Nations conference in New York in March 2016, Trudeau said, "I'm going to keep saying loud and clearly that I am a feminist until it is met with a shrug."

2. When he granted protection to transgender people in Canada under the law

According to an article by CBC Canada, Trudeau's justice minister announced on Tuesday that they plan to pass federal legislation allowing legal protection for transgender people across the country. The article notes that, based on a survey done by the Trans Pulse Project, 20 percent of transgender participants reported being physically or sexually assaulted. "It will protect us from, as the minister of justice said, hateful propaganda, assaults, rape — stuff like that," Charlie Lowthian Rickert, ten-year-old transgender Canadian citizen, said when the legislation proposal was made public. "I feel much safer." Not only is Trudeau passing legislation to protect the Canadian transgender community, but he is also walking in Montreal's gay pride parade this summer, according to The Washington Post. On May 16, he was awarded by an LGBT group in Montreal, the same award Pierre Trudeau, late prime minister and Trudeau's father, received after his death. Pierre Trudeau was also a crusaider for LGBT+ rights in Canada, and is famous for stating that, "“there’s no place for the state in the bedrooms of the nation.”

3. When he dedicated himself to fighting for the environment

In March, Trudeau tweeted: "Addressing climate change is one of the great global projects of our time – and Canada intends to show leadership." Trudeau has stayed true to his word, investing hundreds of millions of dollars in clean energy. In the past few months, he has also promised to ban crude oil traffic and get rid of the Northern Gateway pipeline project, according to CBC Canada. According to the same article, we can also expect more protections for national parks, freshwater, and oceans. He also hopes to get the United States and Mexico involved, pledging to develop a clean energy and environmental agreement in North America. As Trudeau told CBC Canada, "you can't have a strong economy without a healthy environment."

4. When he promised to listen to his people

On May 11, the Canadian government released a statement pledging to listen to the Canadian people. According to the statement, "The Government of Canada will keep its commitment to give Canadians a stronger and more representative voice in future elections. Canada is better when its government works for everyone – including women, young people, Indigenous Peoples, and new Canadians." In the statement, the government promised to focus on coming up with a system to create the best government possible for all Canadians by increasing accessibility, listening to local representation and foster accessibility. The statement says, "The process will reflect our shared values of fairness, inclusiveness, gender equity, openness, and mutual respect, and steps will be taken to make sure that all voices are heard in this important debate."

5. When he pledged to donate $785 million to fight diseases around the world

According to an article by CBC Canada, the Trudeau administration pledged $785 million more a year to help fight AIDS, tuberculosis and malaria at a town hall conference in Ottowa. This is 20 percent more than what Canada usually contributes. Additionally, on Sept. 16, Canada is hosting the Replenishment Conference of the Global Fund, which is an organization dedicated to fighting AIDS, tuberculosis and malaria, according to their website. The conference will take place in Montreal. As Trudeau said during the Ottowa conference, "organizations like the Global Fund exist to make a real difference. It works hard each and every day to deliver help to those who need it most. They truly do save lives each and every day." Canada will also be contributing $76 million to increase access to women's healthcare services internationally and $5 million toward contraceptive devices.