5 Signs That Your Town Is Ridiculously Small

5 Signs That Your Town Is Ridiculously Small

If your town has any of these characteristics, then you probably live in a very small town. 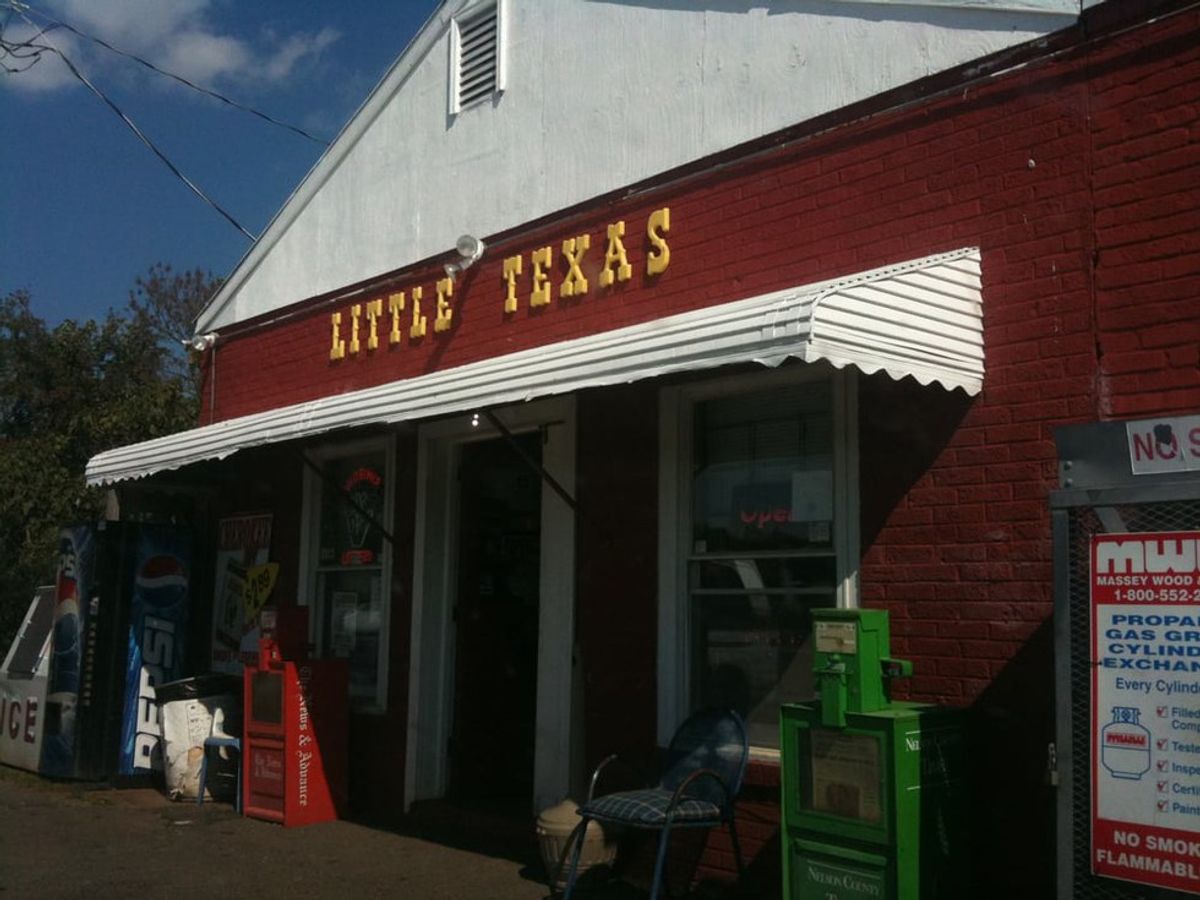 Some people enjoy living in small towns, and others dislike the idea - I understand where both views come from. Those who enjoy this environment find a peaceful charm to it, and those who do not care for society's doldrums find it to be extremely boring. Here are a few things that are familiar to all of us who, whether we like it or not, live in a small town.

My town has one of these – one, and only one. During the summer season it advertises the nearby orchard that produces way too much pollen (I don’t know about you, but I like being able to get fruit without getting a runny nose and having a sneezing fit…), and the rest of the time it advertises the Shell Station/McDonald’s joint (Last time I was there, they said that they didn’t serve ice cream anymore… Like, “What is a Mickey D’s without ice cream??”)

We only have one stop light in our town. In fact, it’s the only stop light in the county, so I guess that makes our town special… Then again, maybe it’s because we’re the county seat. I guess you could quote "The Brothers Bloom" in saying it’s “A one-hat town.” It wasn’t until around 2006 that our only stop light was installed. For quite a while after it was installed, nobody even bothered stopping at the red lights because there wasn’t even a law in our town that made it mandatory for drivers to stop at them. Yeah… we had no clue that a driver is supposed to stop at a stop light. Some might find that to be an obvious fact, but I guess you can’t assume the obvious nowadays.

3. The closest civilization is at least 35 miles away

I’m not exaggerating. Unless you are looking for a low-end grocery store or a church, then you’re going to have to drive 35 miles. The sign above is five miles south of the stop light, and I live a little south of here. If you want to go shopping, to the movies, to your favorite chain restaurant, or even to see your friends, then you will have to drive quite a distance. The two closest lively areas are both equidistant from here: Lynchburg (to the south) and Charlottesville (to the north). What you drive is dependent on where you’re from. Here, some locals will drive their lawn mowers with the blade up (probably no more than 5 to 10 miles though), while others will drive a car/truck of some form or another - they may or may not have doors on them.

4. The Fourth of July parade is "Special"

Yup, each year we have a parade - of sorts. Except for the fact that it’s for Independence Day, it’s kind of embarrassing actually. Like many parades, we have the typical bikes, jacked cars, and farm kids riding the slowest tractors ever. Oh, and we also have the EMS vehicles... However, because the town is so small and apparently doesn't have enough of their own, the majority of EMS vehicles exhibited in the parade are from several other towns, but even that is not the height of the parade for many of the locals. Apparently, the parade can’t end until after the local Porta-John rental business drags their merchandise down the street – it’s a significant display that you can’t miss… I know that because I haven’t watched the outhouse exhibit since at least the last parade, and I still don’t miss it.

5. The most prominent business is a dinky ice cream shack

The local ice cream shop looks like it has the most customers out of pretty much any business in the town. Sure, the Food Lion probably has a few more customers than the Dairy Isle, but this lean-to is very close. The Dairy Isle serves all year around, and it seemingly has more customers when there’s cold and snowy weather than when the weather is hot and sunny. You’d think that ice cream would have a higher demand in the summer than in the winter, but it looks like it’s the other way around here.

What's your idea of a small town? Be sure to comment below!