Don't know if you knew you needed this, but now you do if you didn't. 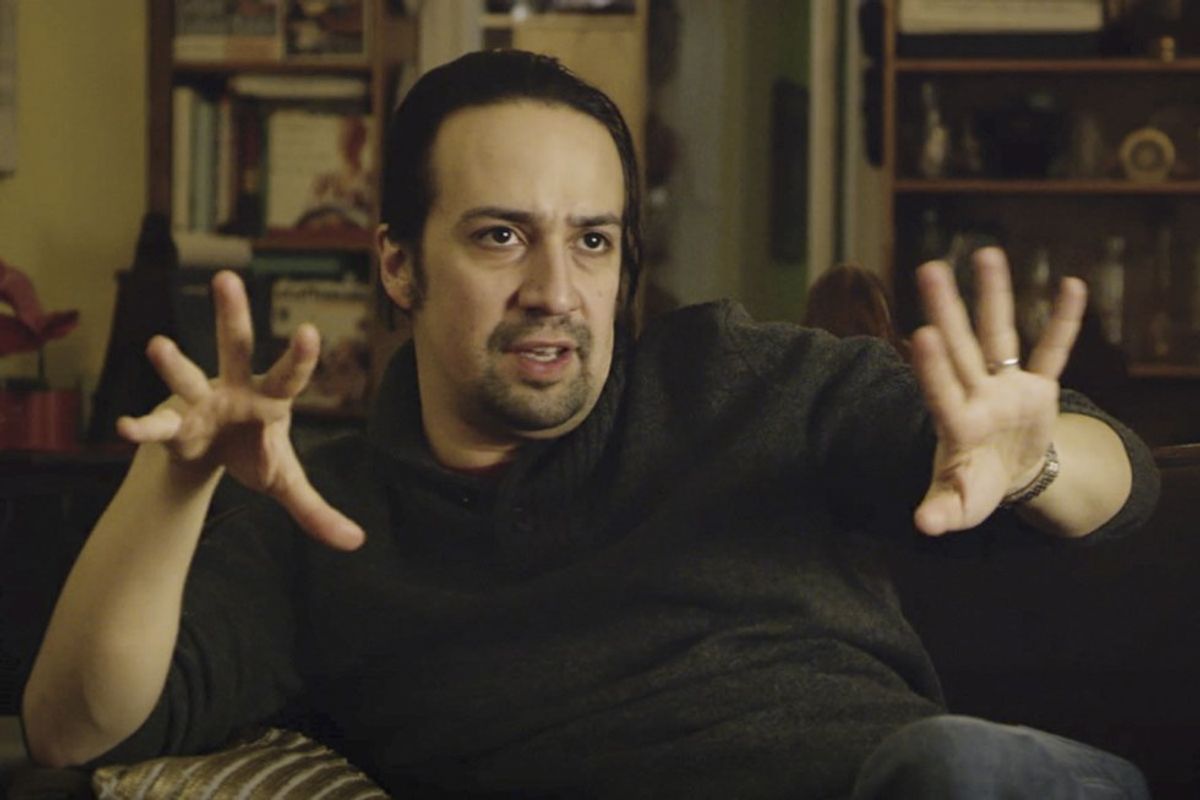 The incomparable Lin-Manuel Miranda has shot to international fame in the past year from, not only his original musical Hamilton, but also from his new movie Moana and the famed Hamilton Mixtape (which, can be confirmed, is in fact "fire", as they say). However, it's his personal Twitter account and his incredibly unique facial expressions that have made the internet fall in love with him. Here are your thoughts on finals week, as told by Lin.

1. When You Realize It's Actually Finals Week

HOW IS IT HERE ALREADY I MOVED IN LIKE THREE WEEKS AGO WHAT.

2. The Moment You Run Out Of Things To Say But You Still Have Eight Minutes Left For Your Presentation

3. When Your Friend Invites You To Go Out The Night Before Your Biggest Test

"Dude, are you even thinking?!?! How do you possibly have TIME for that?!"

4. When You're Halfway Through A Test And The Professor Says "Five Minutes Left!"

"Yo, wait, hold up man, you just handed us the papers...?!" (Maybe that's why Eliza asked "Why do you write like you're running out of time?")

The usual answer is generally either haggard silence or a pained groan.

6. When You're Trying To Study And Someone Is Being Loud

7. When You Finally Leave The Library or Computer Lab

"A WHOLE NEW WORRRRRLLLDDDDDD!!!- Whoa its so cold out, when did it get so cold out?!"

8. Wishing Your Friend Good Luck As You Pass Each Other

You both just get it.

I haven't had seven cups before 9am its fine I'm fine this is fine okay I'm not shaking you're shaking don't tell me how to survive my finals hahahaHAHHAHAHAHAHAHA!!!!

Finals week, no one is familiar with that concept. 'Tis but a blissful illusion.

11. When You Roll Up To The Door Just In Time For The Final

Like sliding into home base before they catch you. You're a force to be reckoned with, my friend.

12. When You See Your Classmates *Also Studying* Across The Way

"Ayyyyyy what up you guys?- Hey, did you ever figure out the answer to number 46?"

13. When You And Your Friends Are Eating Lunch At The Same Time

I mean, usually just remembering to eat something is enough of an achievement in itself. But eating with friends makes it even better.

14. When Your Group Boutta Drop The Hottest Project Of The Semester

Is it a mixtape? Is it a presentation on the correlation of Shakespeare in film to the original live-theater format? Who knows? (Probably not the lazier half of your group, honestly.)

You are now a highly educated human. Wow. Look at you go.

17. Your Face While Waiting For Final Grades To Go Up

and then, the greatest part of all-

18. When You Manage To Pass All Your Classes