The room was dim and it looks like there's been a lot of chaos almost. 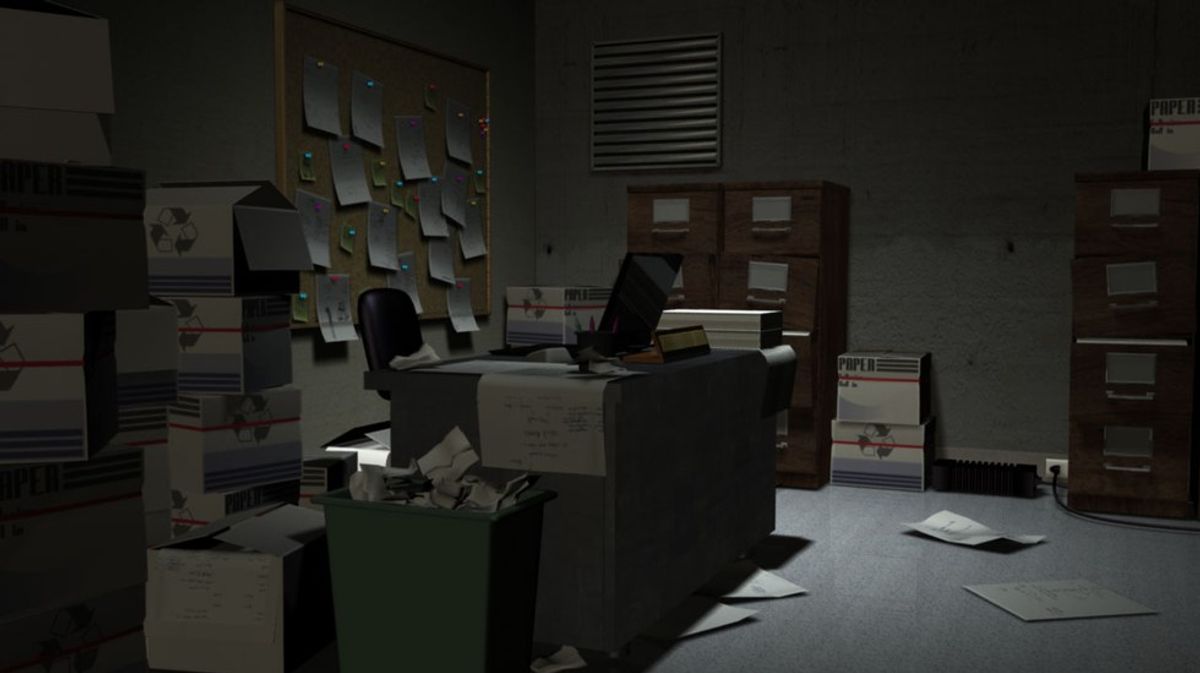 I walked up the driveway of the mansion, stopping at door. I froze to think. What am I going to say? I don't know who this girl is. Before I began overthinking too much, I rang the doorbell. I waited patiently before the door swung open revealing the beautiful girl again. She looked confused. She didn't even look at me and she began to look around.

"Hello?" I said to grab her attention. However, she didn't look at me. She didn't acknowledge me, hear me, or see me. So I slipped inside.

She shut the door and a man stood at the top of stairs.

"No one. I opened the door and there was nobody there," she said and sounded a bit on edge.

The man didn't look at me either. He looks to be about Zeke's age, but the girl seemed a bit older. Maybe her early thirties. What is Zeke doing with a woman like this?

Since neither have them have noticed me, I began wandering through the huge mansion looking for anything that may give me answers as to why this woman seems so suspicious. Zeke wouldn't be with someone like her. She seems like she wants something from him. I made my way through the main floor, then found the door leading to a basement. I creeped down the stairs and turned on the lights. Everything in this house is so clean, almost like nothing ever gets touched.

I moved throughout the basement and into a different part and that's where things turned weird. The room was dim and it looks like there's been a lot of chaos almost. There's papers everywhere. A large desk takes up the middle of the room and there's several filing cabinets. There's a safe and larger safes. Something is off. I began looking at the papers on the desk. There were pictures of different places and tons of information written with everything. Then I noticed a pattern.

These pictures have me in them. These pictures have Zeke in them. Then there's pictures with both of us. There's somehow pictures of us in our own home. The writing says where we were and at exactly what time. Someone has been following us and eke knows it. He has to know. Why else would this woman want something from him? I then moved to the filing cabinets. I opened the first drawer and there were files of several different girls and guys. The main thing I noticed though, they're all couples.

This woman is bad news and I need to figure it out before Zeke does.