Feminist Muslim Warrior Series: Khawla Bint Al Azwar, The Muslim Mulan
Odyssey
CurrentlySwoonLifestyleHealth & WellnessStudent LifeContent InspirationEntertainmentPolitics and ActivismSportsAdulting
About usAdvertiseTermsPrivacyDMCAContact us
® 2023 ODYSSEY
Welcome back
Sign in to comment to your favorite stories, participate in your community and interact with your friends
or
LOG IN WITH FACEBOOK
No account? Create one
Start writing a post
Politics and Activism 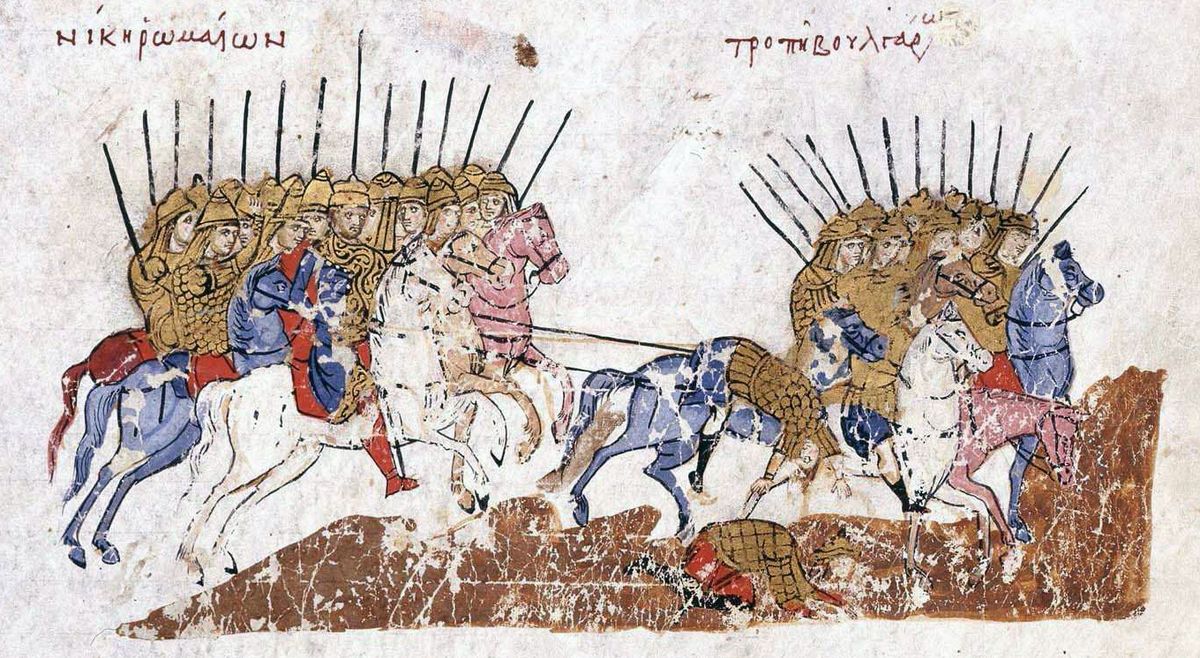 Growing up Muslim, it's always been hard to feel inspired by my culture since every media outlet depicts Muslim in harsh lights. I've heard and seen depicted time and time again Muslim women in different media as silent, weak-willed victims. And because most of the mainstream media is governed by Western thought, it was hard for me embrace my culture and my history until a conversation with my Father about my namesake changed things.

So I launched myself into researching powerful, feminist Muslim woman figures dating back to the 7th century, and to be sure I have found an abundance of accomplished feminists throughout Muslim history. Khawla is just the first among many.

Khawla bint Al Azwar, daughter of one of the chiefs of the Bani Assad tribes who were among the first converts to Islam, is a Muslim Arab warrior. Her brother, Dhirrar Ibn Al Azwar was a Muslim soldier and commander of the Rashidun army during the 7th-century Muslim conquest, trained her in the arts of fighting and poetry. With the skills that she learned from her brother, she became well known for her leadership and expertise in battle. here are historians who claim that she was a tall, brunette of great beauty.

Her skills first became apparent during the Battle of Sanita Al Uqab in the Siege of Damascus against the Byzantine army being lead by Heraclius in 634 A.D.

She had tagged along to the battle, setting up medical tents and tending to the wounded 13 centuries before Florence Nightingale. Her brother Dhiraar lead the Muslim forces against the Byzantine army, and got wounded and captured as a prisoner of war. When she caught wind of her brother's capture, she bound her chest, donned a suit of armor, veiled her face and wrapped a green silk shawl around her waist. Grabbing what some think was a sword and others a spear, she entered the battlefield with a vengeance and slaughtered as many Byzantine soldiers she could get her hands on.

Stunned by this passionate display, the general of the army Khalid Ibn Walid regarded the fiery soldier with admiration. Some of the army's soldiers even confounded Khawla with Khalid. Inspired, more men joined the battle and won. Those who had captured her brother had fled.

Now completely soaked in enemies blood, Khawla realized she was surrounded by the men that she had just fought with.Intrigued Khalid asked the soldier wrapped in the green shawl to remove his veil and make his identity known. After resisting for some time, for fear of being punished, she finally gave in and removed her veil. Flabbergasted, and quite impressed, Khalid allowed her to lead a small battalion of men which included his rearguard to go and rescue her brother, Dhiraar.

Leading the small detachment, she found her brother and other POW prisoners, defeated the remaining soldiers and brought them back to friendly lines. From that point on, Khalid asked her to join his ranks and she became a soldier of the Muslim army.

Later on, in the Battle of Ajnadayn, her weapon broke and she came tumbling down from her horse because it had been maimed. She was captured and brought back to a Byzantine camp where she found out that they had attacked the women's camp and captured several of them as well. The leader of the Byzantine army decided to give the woman to the commanders and wanted Khawla for himself. There are claims that the leader of the army had planned to marry her and make her the first lady of Damascus after his defeat of the Muslim forces.

Proudly and furiously she declined and decided that it would be more honorable for her to die than live in disgrace as this man's companion. She stood among the other woman of the camp and called them all to fight for their freedom and honor. Their destinies were to either defeat the Byzantines or die. The women were roused and inspired and used the tent poles and pegs to fashion weapons. They attacked the Byzantine guards, using a tight circle formation as instructed by Khawla.

Just as they had slain over 30 soldiers, Khalid and his army reached their position and aided them in the battle. After reinforcements arrived, Khawla tracked down the leader of the army and killed him herself.

Another account of Khawla's heroism involves her inspiring a whole battalion to keep on fighting after they almost deserted the Muslim forces. After many soldiers attempted to flee the forces because they believed the Byzantine army they were facing was too large, and this battle was to be a suicide mission, Khawla and other warrior women intercepted them. She questioned their claims of bravery and reminded them what they were fighting for. Drawing her sword and joining the battle by leading a counter attack, the once deserting men became the men who followed Khawla into battle.

Khawla became a legend during her life and remains one to this days. Multiple institutions in the Middle East (which includes, Saudi Arabia, Jordan, and the United Arab Emirates) were named after her including the first military college for women called Khawlah bint Al Azwar Training College. Khawla was brave enough to defy social standards and to fight for what she believed in. Maybe we should all take a page out of her book.

Nicole Marie Nigro
Individual Creator
650
c1.staticflickr.com
Where to start...... Let me start with the cliche that life throws us curveballs and what we do with it is what counts.