5 Women Who Prove That Feminism Is Not A Bad Word

Or the equivalent of "man-hating." 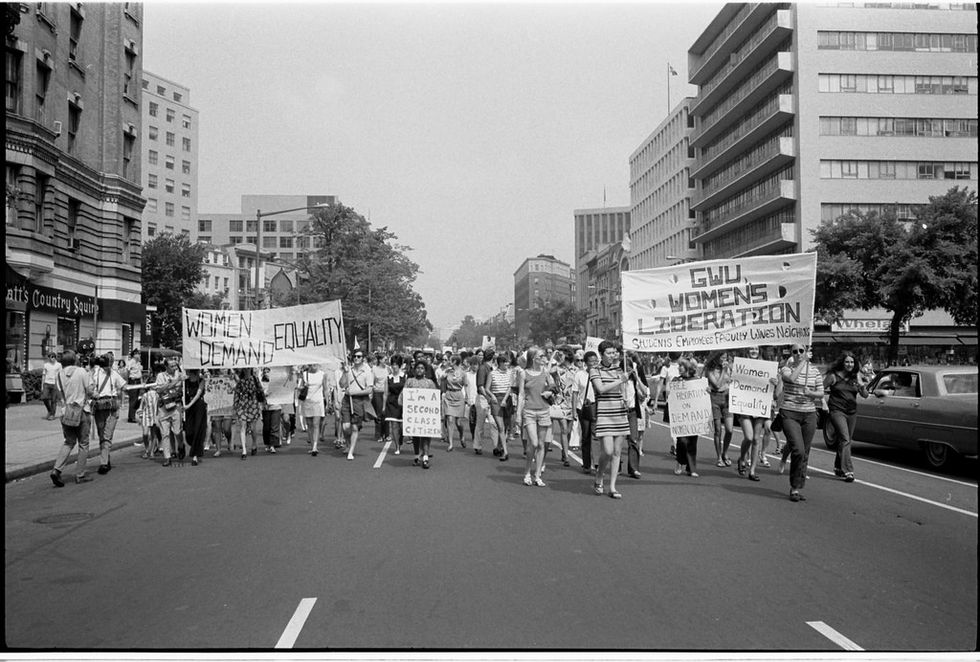 By definition, feminism is the advocacy of women's rights on the basis of the equality of the sexes. Also known as the women's movement, women's liberation, and female emancipation. Lately, many people approach the word "feminism" with terror, avoiding it as if it is the plague. But why has feminism acquired such a negative connotation in the past few years?

Many are concerned with the social consequences of the word. Afraid to be pegged as a "femi-nazi" or "man-hater". These bad raps come from individuals who claim "feminist beliefs" and act on those claimed beliefs in a negative or non-constructive way.

But why should we let these individuals stop us from being a feminist that actually shows others what feminism is all about and is passionate about women's rights and equality? If we all chose not to pursue our passions just because someone else pursued the same passion in the wrong way, we would be missing our opportunity to make a difference in the world.

This 21-year-old has been an advocate for women and women's education across the globe. Her journey started when she was younger, she would help sneak young Pakistani girls into school so that they could get an education. However, this journey was greatly impacted when the Taliban shot Malala in the head because of her defiance. After fighting for her life in the hospital, Malala became a powerful feminist leader. In a recent panel discussion, Malala states that "Feminism is just another word for equality... and no one will object to equality."

Susan was a women's rights activist, powerful social reformer, and the business manager for the early feminist newspaper "The Revolution". She was also the president of the National American Woman Suffrage Association.

Her hard work and dedication helped to start a path towards the Nineteenth Amendment in the Constitution, which gave women the right to vote. Susan dedicated all her efforts to women's rights. In fact, in 1872, she even voted in the presidential elections illegally and was then arrested and was fined $100, though she never paid it. There is no doubt about it, Susan B. Anthony had guts!

This spunky lady was the author of "The Feminine Mystique". The book itself was an influential founder of modern feminism in the 20th century. It is also credited to the start of the second wave of American feminism. Betty spent her life working hard to establish women's equality and helping to establish the National Women's Political Caucus, and organizing the Women's Strike For Equality in 1970.

AKA the "Mother of Feminism", led the women's liberation movement during the '60's and '70's. Gloria was also the co-founder of the feminist-themed "Ms.Magazine", and a member of the Women's Action Alliance, National Women's Political Caucus, Women's Media Center and many other female groups that helped to change the status of feminism.

Her many efforts led to her inclusion in the National Women's Hall of Fame in 1933 and she was also honored with the Presidential Medal of Freedom in 2013. Gloria still continues to be a leader of feminism today!

This incredibly inspirational woman is a critical voice for black women in the feminist movement. She is a writer and an activist that was involved in the Civil Rights Movement alongside Dr. Martin Luther King.

She eventually joined Gloria Steinem as an editor at "Ms. Magazine". Alice's most famous work, "The Color Purple", became had an important part in telling the story of life as a black woman and was later made into a movie and a Boadway musical. A couple of years after its publication, Alice co-founded "Wild Tree Press", a feminist publishing company.

Her amazing contributions to the feminist movement is known for her efforts to make sure black women's voices were included and heard!

All of these incredible women are great role-models for what feminism is really about. Feminism is the belief in the social, political, and economic equality of the sexes. Not the belief that men are bad or that women are superior to men! We want equality, not misandry. Go out and express your passions, don't let one bad egg ruin it for the rest.

We must show the world what feminism is really about. In the words of Alice Walker, "The most common way people give up their power is by thinking they don't have any." You have the power to make a difference, you just have to act on it!