What Your Favorite Twin Peaks Character Says About You
Odyssey

What Your Favorite Twin Peaks Character Says About You 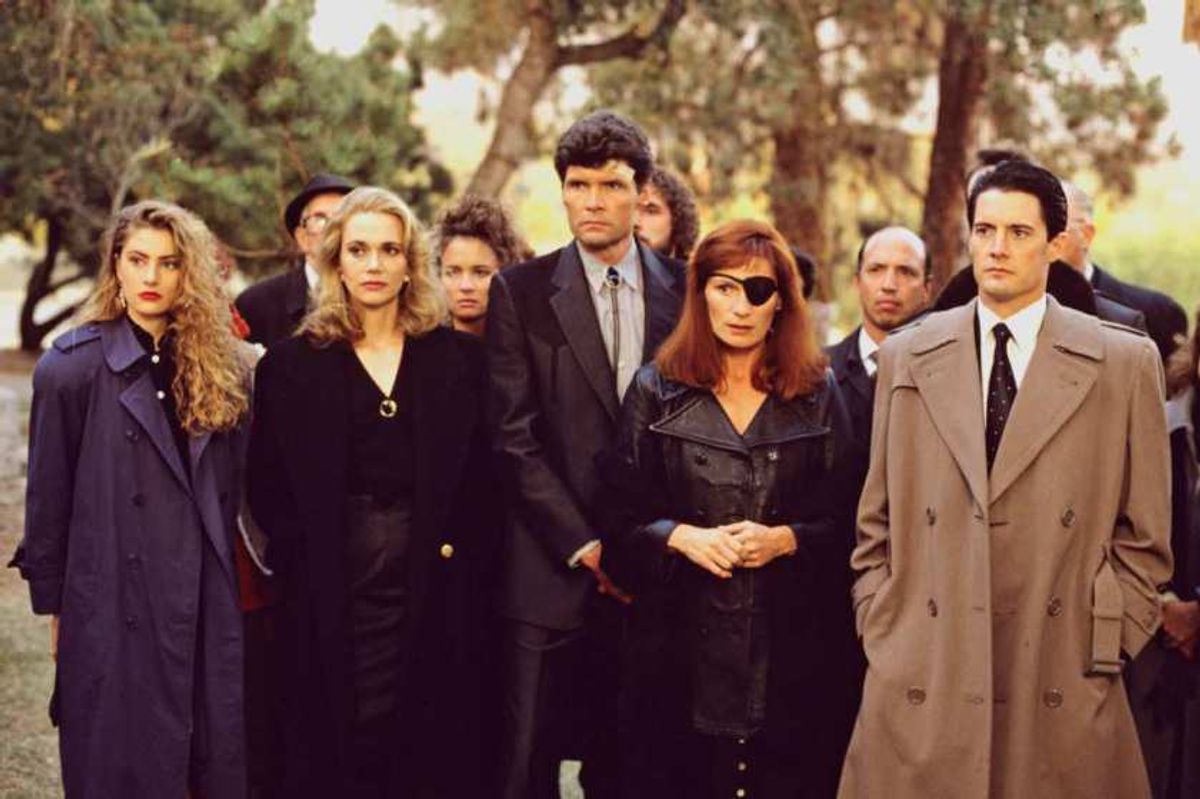 If you're from Brooklyn, you've probably heard of Grand Prospect Hall (where all your dreams come true). I had my middle school prom there, so my relationship with Grand Prospect Hall has long been both sentimental and strained, but this relationship was even further complicated last summer when part of the Twin Peaks reboot was filmed there. I made my mother drive me up and down the block slowly, hoping to catch a glimpse of Dale or Audrey. If my mother was driving you down a street in Brooklyn, and there was a pretty high chance you'd see a character from Twin Peaks, who would you be most excited about? This is a pretty amazing question, because the answer definitely tells you more about your personality than your horoscope or your MBTI. So let me know which poor actor you would stalk mercilessly, and I'll let you know the contents of your soul.

You love coffee. You love pie. You've had an unrequited crush on someone named Diane for years. Sometimes you worry that you'll die childless and alone. You listen to Neutral Milk Hotel and your favorite book is probably Lolita.

Maybe you think you're more popular than you really are. You want to be mysterious and ~troubled~. You take a lot of selfies. You don't like asparagus. You live in a strange purgatory between maturity and childlike innocence. You've seen John Tucker Must Die ten times. Stay away from plastic and stop listening to so much Bon Iver.

You're probably really chill and down to earth. You like Johnny Cash and donuts. You're pretty loyal and kind. You watch a lot of Law & Order. You find yourself around a lot of weird people, but you kind of just roll with it. You're quiet and you have really good taste in boots.

You have truly bad taste in partners. You really like Legally Blonde. You're actually really sweet even though you once made fun of the way a grieving father behaved at his daughter's funeral. "Girls Just Wanna Have Fun" is your anthem. You're pretty cool, but you have a few issues you have to deal with first. You like a nude or coral lip and you have great eyebrows.

Wow, you're probably kind of unhinged, but you're also not necessarily a bad person. When you were in middle school, you wore a lot of those shirts that were like a t-shirt over a fake long sleeved shirt. You're probably really into Hot Chip. You've never read On the Road in its entirety, but you say it's your favorite book. One day you'll be at peace with the relationship you have with your father.

You're amazing. You're really into Ken Burns documentaries and books about the Civil War. You like s'mores. You've probably done some really bad things in your life.You love a good baguette. You're life is a constant struggle against the dying of the light and against the urge to do bad. You like Machiavelli a little too much. You're a big fan of The Rolling Stones.

You hold your hand in a really awkward position when you cry. You really like Lana Del Rey. You've read a lot of Sylvia Plath but you don't really get it. You've lived in someone's shadow your entire life and you're just now emerging from it and becoming your own person. You like a good sweater.

There are really two kinds of Audrey Horne fans.You might be really great, or you might be the worst. You probably really love a great saddle shoe. You like shoegaze and dancing in empty diners. You have no use for math. You can tie a cherry stem with your tongue. You really like The Group by Mary McCarthy and The Dud Avocado by Elaine Dundy. You're obsessed with the culture of the Seven Sisters schools. You might even go to one of them.

You should really think long and hard about your life right now. There are only two reasons James would be your favorite character: a) he reminds you of yourself, in which case you must be terrible, or b) you have no taste at all. Please stop listening to so much Coldplay and please get over your Johnny Depp fascination.

You're a cool person with a weird taste in hats. You listen to "Alice's Restaurant" every Thanksgiving. Please check to see if there's a fish in the percolator. You really know your plaid and you've spend too much money at Pendleton.

You have great style. You listen to a lot of Sade. Stay away from drawers. Trust me. You might be evil, but I'm not sure. You're probably wicked smart. You really like Joan Didion, and your favorite show is Mad Men.

You think you're a Carrie, but you're actually from a whole other universe because in your heart you know you're a Shoshanna. You really like soap operas. You get all your news from Buzzfeed. You probably had a Samantha American Girl doll when everyone knew you really deserved a Molly doll instead. You're cool though.

You're just a really cool person. You're always around, but you're never the center of attention. I like you. You know more than everyone thinks, but you're not obnoxious about it. You like Fleet Foxes.

You're diabolical. You have a great collection of silk dressing gowns. You have a glass of wine every afternoon. You're really into The Good Wife.

Wow you're terrible. I have no words. You probably really like Eminem.

You have silent drape runners and an amazing collection of really cute workout clothes. Maybe lay off the Lululemon pants though. It's a lot. Nobody expects it, but you actually listen to a lot of Grimes. You're desperately holding on to your youth.

You have an intense fear of spontaneous human combustion. You're terrifying. You sing in the shower.

You have an amazing aesthetic. You're a total nerd. You should learn self defense. You like Beach House and you love Joanna Newsom. Savage Detectives is your favorite book. You hate Hemingway. You have a great scream. You might seem kind of boring, but you're actually probably really smart. You're really quiet during class but then you raise your hand near the end and you say something brilliant.

Oh wow. When you were little you tried to communicate with animals and plants. You're really into Roald Dahl's short stories for adults. You like Belle & Sebastian. You're an enigma. You read Ulysses and you somehow just got it. You probably have a great Twitter. You're kind of mean but you're not judgmental.