How Coping With An Absent Father Taught Me To Love Myself

How Coping With An Absent Father Taught Me To Love Myself

'Father' is not a title that is freely given. It is earned. 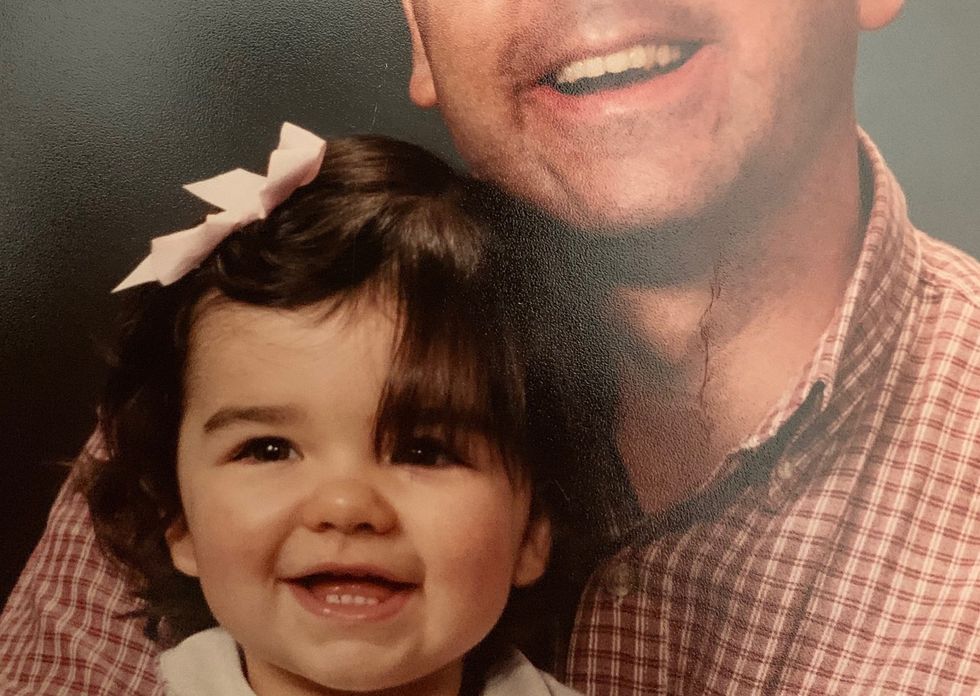 It's that time of year again.

The time when people ask, "How are you celebrating father's day?" And every time, I utter the same manufactured phrase:

"Well, I don't know where my father is so I don't really celebrate it."

End of story. No more questions.

Usually, people think that I have been severely offended and just shut up. Then we have an awkward silence that makes things even more uncomfortable. I know that people are being sincere and not trying to bring up bad blood, but I can't help but get annoyed.

All my life, I have been surrounded by friends with awesome dads that came to their softball games, the daddy-daughter dances, and graduations. I couldn't help but envy them. For the first few years after my dad's disappearance, I would lie and tell people that he was traveling to great places as a rich engineer. But I soon learned how to accept the truth and when people asked me if it ever bothered me, I would always say that my time with my father was limited and that because I barely knew him, it made little impact.

Backstory: my mom and dad got divorced when I was 5, mostly due to my father's mental health issues and inability to obtain the motivation to have a job and contribute to the family. Following their separation was my father's steady downfall. For the first few years, I was able to see him every other weekend and he was able to visit consistently.

He was able to live off of the money that my mom was forced to give him in separating and he also found himself a nice girlfriend that he could mooch off of for the time being. But when his resources ran dry, he went completely off the radar, and never had the desire to make the effort to see me. It became my mom's job to get him to see me and honestly when I was with him, I didn't feel loved. I was just another chore. I was an obligation that he would rather rid of.

I barely saw him during high school. And by the end of it, I didn't care to see him. I figured he was embarrassed by the years he had lost and what he had become. The only time I saw him was when he had a heart attack and wanted to come to terms with his sins with me. It was a traumatic time for me because I was already dealing with so much at the time. Since then, he has put me in control of maintaining the relationship, which is completely wrong. I am the child. It isn't my job to track him down.

It took me a long time to get to this mentality though. When I was younger, I used to blame myself. And sometimes, I still think that I will regret this in the future. I remember some of the good times we had together when he seemed to love me. But I have also come to terms that he has never done anything for me and that I will never be considered to be his daughter.

Now all I do is listen to the rumors I hear about him. "Paul was last seen here" and "I heard he was with so and so." He has become a shadow. Sometimes I believe that he isn't even real.

My mom and grandma have overcompensated for the place he left empty, and I have always been grateful for how they raised me to become the person I am today. My mom still sometimes feels bad and tries to make up for it, but for some reason, I have become numb.

Sometimes it scares me how I don't feel what I used to. How I am more embarrassed now than sad when I tell people.

I just remember that my worth is not defined by his love and that I have lots of people that love me and make an effort to show it. In some ways, I think I have been taught many valuable lessons that show which people are worthy of my time.

It is crucial to realize how short our time here is and that we should be grateful for what we have. And if it is meant to be, it will happen. Time should not be wasted on those who don't offer something in return.

Dad, if you are reading this, I want you to know that I am stronger without you and that what you did to me cannot be undone. Your absence in my life has made me a stronger woman. I have forgiven you, but I will never forget.