Fairy Godfriends: I Look Up To My Best Friend For Reasons Other Than Her Tall Height
Odyssey

Fairy Godfriends: I Look Up To My Best Friend For Reasons Other Than Her Tall Height

She's half a foot taller than me, so it'd be kind of hard not to look up to her in the first place. 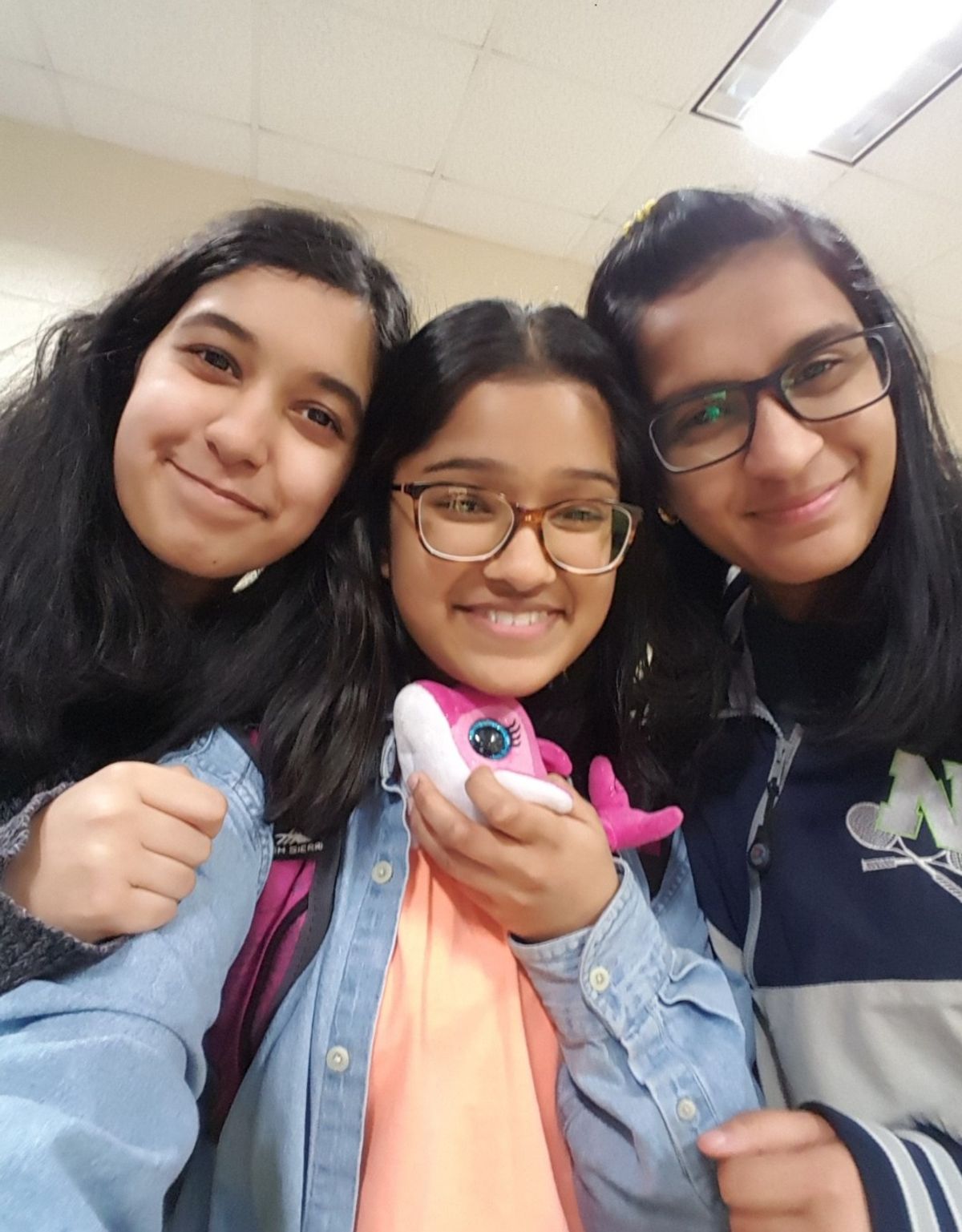 When I met Divya Ragunathan near the end of ninth grade, the first thing I told her was that she needed to wash her hair, but I said it in a motherly tone. For some reason, I felt like I had to take responsibility for this girl. We often switch this maternal role, with Divya taking it on more often than not. In the end, however, we’re both quite immature, which makes for hilariously fun times.

I was lucky to have AP World History with Divya in 10th grade. I’m sure that if we didn’t have that particular class with her, I would have never gotten to know the true Divya because one of the most charming aspects about her is her love of the Roman Empire. At first, I thought that she was a little strange for liking an empire that had savage rulers and eventually collapsed, but as I listened to her impassioned rants throughout the year, I came to understand her preference.

It doesn’t stop at just liking the Roman Empire, though. Divya enjoys reading books about it, and she’s excellent in Latin. She even qualified as a semifinalist for the Latin Governor’s Honors Program, which is no small feat, considering that it’s a dead language. She has a spark in her eyes and an excited tone when she talks about the Roman Empire that makes you wonder if it really did collapse.

The only topic I was passionate about that came even close to her level of passion was that of my budgies, Bolly and Lellow. Watching her made me wonder why I didn’t live my life with more vigor like she did. Eating lunch with her and sitting with her and Neha in the back of the AP World classroom beside our teacher's desk, where we formed his prized “Triumvirate” (basically, we were his favorite kids), I realized that Divya’s positivity never faltered.

I would consider myself as a pretty optimistic person regarding anything besides myself. On the other hand, I had never heard Divya say that she couldn’t accomplish something. Even when someone tried to convince her that she wouldn’t be suitable to be the president of a Latin group, she didn’t give up. The same applies for her friends. Divya always tells us that we are capable. She always does a cute fist pump and yells, “Fighting!” to motivate us.

I’ll always be grateful for Divya’s never-ending support. The moment that I realized what an important person Divya was and is to me was when she collected all of the posters I had hung up for my presidential campaign in sophomore year. If a single poster was left behind, I would be eliminated. She had gathered a bunch of Latin friends and sent them throughout the school to collect them, and she brought them back to me. I remember feeling so shocked when Divya handed me that pile of posters, and I went home and cried because I didn’t feel like I deserved a friend like her.

As a result, I try my hardest to become a dependable friend that she can rely on. I’m not sure if I have accomplished my goal yet, but I hope that Divya can accept the person I am.

I can’t help but smile knowing that however short the amount of time is that I have to spend with her, it will be filled with happy moments. Divya always has punny jokes at-hand to make people laugh (now that I think of it, I’m the only one that enjoys them), and her five foot, six inch frame makes for warm hugs that make me feel safe.

After becoming friends with her, I find myself more excited to meet her each day. I haven’t yet found my Roman Empire, but as I try out new things, I hope that I can do them with as much passion as Divya. I guess the only Latin I learned from her is "carpe diem."

If Neha is the water that helped me grow, then Divya is the sunshine that made my petals unfurl and reach for my dreams.