5 Reasons Failure Is The Beginning Of Success

5 Reasons Failure Is The Beginning Of Success 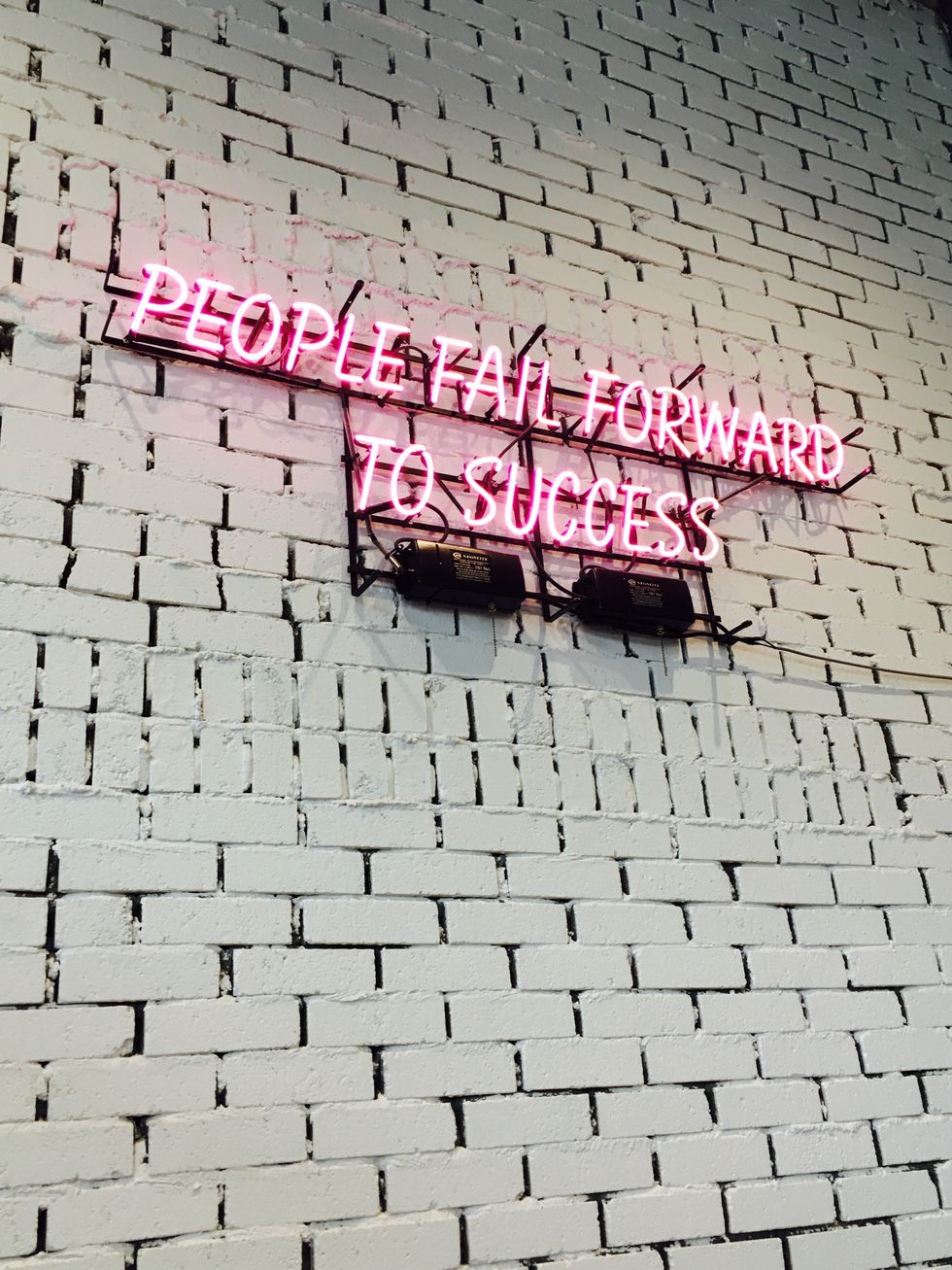 "If you're not failing every now and again, it's a sign you're not doing anything very innovative."

This quote by Woody Allen allows us to conceptualize failure as something that is necessary. Everyone has failed at some point in life. Whether you failed a school exam or failed to reach a goal you set, failure is a part of life.

We have been taught by society to think of failure with a negative connotation. As if failing is somehow the epitome of defeat. This outlook, however, is what will become our defeat.

You know how your skin does that cool thing where a piece of it get's much thicker and tougher than the rest of your skin? These thick patches, known as calluses, are one of the many incredible ways your body adapts so it is able to protect itself.

Calluses are created when there is a great deal of friction or pressure against your skin. As disturbing as it may sound, the outer layer of your skin is made entirely of dead skin cells (gross, right?). When these dead cells are being rubbed off more than the usual amount, your body generates even LARGER amounts of dead skin cells. This creates this amazing, natural, protective armor.

Failure does exactly the same thing. Failure helps you to build up a protective layer and become suited in armor. This will give you the courage that is needed to enter into the "real world" and take on your biggest aspirations. By having this built up "protection", you will be able to positively handle being turned down or criticized and turn it into a constructive experience. Instead of letting it stop you or hinder you from reaching your goals, you can take those setbacks and excel towards success.

2. Failure helps to redirect you in the right direction.

If you're not failing, it's very possible that you're not trying hard enough. If you want to get exceptionally good at something, you must fail at least a few times. Henry Ford was no stranger to failure. He experienced failure so personally that he is famously quoted for saying,

"Failure is the opportunity to begin again, more intelligently."

When you fail, you are more likely to recognize the problems that are causing failure and be able to fix them. Thus, becoming more intelligent and aware. With each failure, you can asses what you did right, what you did wrong, and how you can improve. Without these moments of evaluation and redirection, you would never learn and become proficient in the area of your directed efforts.

When people are afraid of failure they tend to have a fixed mindset. People with this fixed mindset are more likely to want to be around people that agree with them, do work or tasks that aren't challenging, and desire to have their competency validated. Even though these characteristics may not be primarily negative, they will not lead anyone to be extraordinary or successful.

Failure and the willingness to fail leads to a growth mindset. Individuals with this mindset tend to believe that talent and success are results of effort and persistence. They visualize failure as a means of improvement and growth.

If you have a growth mindset, you're seeking failure in order to enhance your capabilities and reach more ambitious goals. If you have a fixed mindset, it is possible that you won't ever fail, but you also won't ever learn, grow, or reach new levels of proficiency.

4. Failure is needed to collect knowledge and grow our strengths.

In a speech given by Will Smith, he motivates his audience to visualize failure as we do when it's related to working out. When you are in the gym, straining to pump out that last excruciating set, you are training your muscles to failure.

Why do we do this?

Failure is exactly the same. When you fail you are breaking down your ideas of how to go about something. After these tears are made in your ideas and your thought processes, you are then forced to adapt. You must come up with new ideas, motivation, or ways of going about something to fill in those metaphorical tears that were made. Thus, growing your strengths and your knowledge, as well as, getting one step closer to succeeding.

Even if you're not reaching success, you're still putting in your efforts and trying your best. This will help you to strengthen your levels of discipline, willpower, and drive. This process is what makes you a successful person.

Do you think Sir James Dyson would have been successful if he wouldn't have kept trying for 15 years to design a vacuum?

Do you think Steven Speilberg would be known as such a cinematic success if he would have stopped trying after the second time he got rejected?

Do you think Thomas Edison would have over 1,000 successful patents if he would have stopped trying after a teacher said Thomas was "too stupid to learn anything"?

Without continuously trying, failing, and trying again, these successful people would not have gotten to where they are today.

Whether you've failed a billion times or two times you're on the right path to success. Your failures are going to help you grow stronger, tougher, and more knowledgeable than you were before your unsuccessful trials.

Look at these failures as necessary building blocks in the foundation of your success.

(Originally published on Medium.com on October 1, 2018)