How I Failed As The Recruitment Chair
Odyssey

How I Failed As The Recruitment Chair 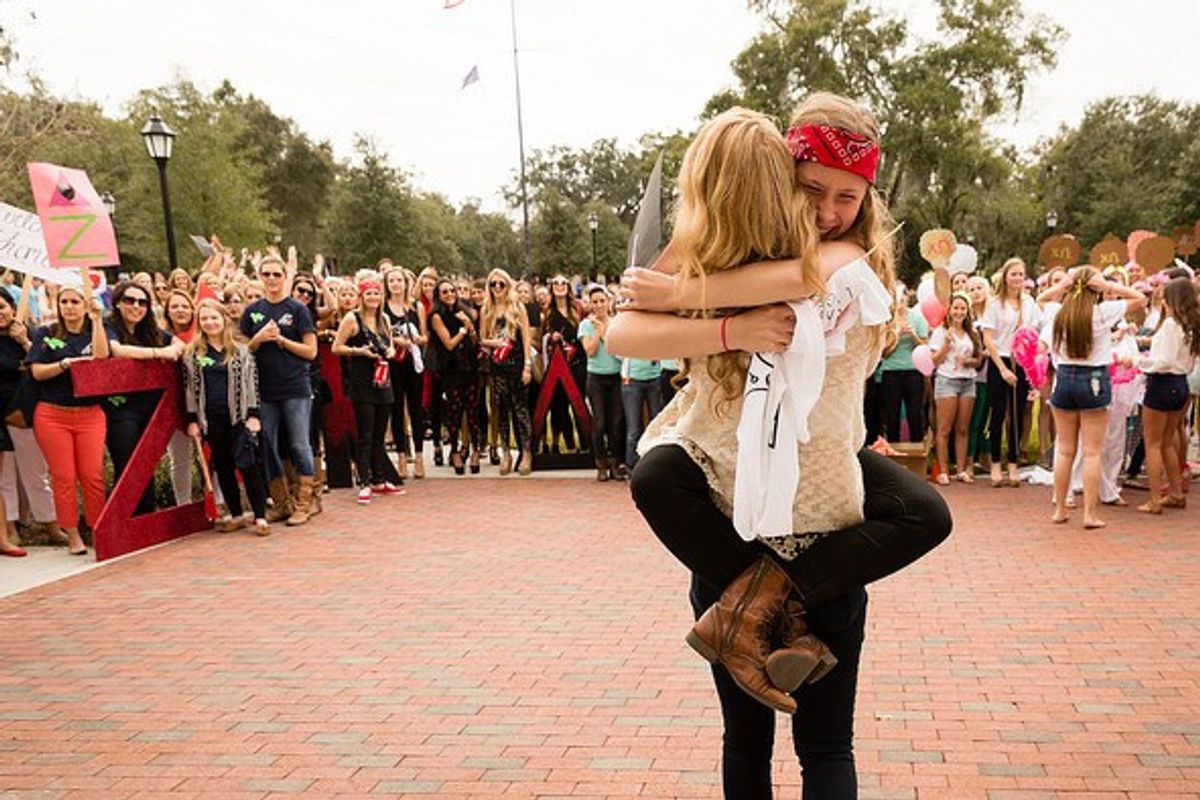 Uncomfortable truth: recruitment can be a really mean experience.


A more uncomfortable truth: it doesn’t have to be.

During my first formal recruitment as an active member, I was one of those rare people who loved it. It was three days of getting to know really cool women, hearing about their lives, hearing about their passions, connecting with them, and helping them find their sorority home. It was long hours, yes. It was about a thousand degrees in the dead heat of August, yes. But I love people, I love my sorority, and I love the Panhellenic community as a whole, so it was well worth it.

When I was elected to lead the next recruitment cycle (my sorority calls it Membership Vice President -- others call it Recruitment VP or Recruitment Chair), I was ecstatic. I knew it would involve some tedious things, like price-checking flatware for a few hours, but overall I knew it meant I’d be encouraging my women to be confident and positive. They wanted new sisters, new littles, future best friends, and bridesmaids, and we wanted to bring women into a safe and accepting environment.

That isn’t always the recruitment culture.

For me, it started with the TSM article “An Answer to the Age-Old Question: Am I Pretty Enough to Rush?” This blew me away. I thought it was a joke. I thought the "House Bunny" idea of picking your sisters by their prettiness only existed in movies.

But I kept reading. And I kept learning. I learned about recruitment cultures all over the United States: from Texas to California, from Massachusetts to Alabama, and everywhere in-between. Finally, I landed back here, in Chattanooga, Tennessee, with one firm conclusion: we were going old-school.

I’m an idealist. Sororities were typically founded as safe havens for women, during a time when they were still barely allowed to be enrolled in college. From Alpha Delta Pi to Delta Phi Epsilon, sorority founders faced hostility and opposition, discredited solely because of their sex. How could I stand in front of my chapter and instruct them to exclude women based on physical appearance after knowing my founders worked so hard -- they literally had to meet in secret because women’s organizations were illegal at their university -- to make a home for all women of value?

So we recruited based on our sorority’s values. None of our values are based on physical appearance.

Now, I’ll be the first to admit that I’m lucky. Like I said, I am located in Chattanooga, TN. Our Greek population here is around 11-13 percent. Our Panhellenic community actually tries to guarantee a bid to every potential new member. This isn’t some mega-exclusive environment.

So you get the skinniest new member class with the shiniest hair. Which means…what? You take the best photographs? You get to mix with the “best” fraternities? If you do a group shirt order, you don’t have to bother asking women for their sizes, because you just bulk order medium (obviously one size up because everyone likes their shirts oversized)? When you recruit only based on appearance, you’re taking a risk. Do the women get along? Do they care about your philanthropy? Do they care at all?

There is nothing wrong with being skinny and knowing how to curl your hair; I really admire people who can do the latter, because I totally can’t. But women are more than their appearance, and treating them superficially doesn’t benefit them, either. Let’s be real, if you went to a job interview completely qualified, with internships and leadership experiences, and were rejected because the other applicant had none of those things but looked better in denim shorts, you’d be pissed. And if the story got out, there would be outrage. So why would we treat our own organizations that way?

And let’s be really real. Excluding women based on skin color is unacceptable. It just is. What possible benefit are you receiving? Yes, there are NPHC sororities. On my campus, there are white women in NPHC sororities. And there are black women in NPC sororities. I am honestly very proud of my Panhellenic community for making this issue a non-starter, and never making us feel like it was even something to consider. Because it shouldn't be considered.

Finally, the thing that broke my heart most was learning how some sororities treat their own sisters. Listen: you are beautiful. You have value, and you have worth. You are loved, and worth being loved. Never let anyone, especially the people you call your sisters, let you think otherwise. The concept of “hiding your fat girls in the kitchen” literally brings me to tears. My sorority’s philanthropic mission is Building Strong Girls, and we work hands-on in our community, especially in one after-school girls’ program. We have seen seven-year-old girls cry because they hate themselves -- because they think they're fat or ugly. It's heartbreaking. We comfort them and tell them that they are wonderful and their worth isn’t based on how they look.

So how dare I, as a human, as a sister, as a Gamma Phi Beta, ever even consider coming back to my women and saying, “Your waist size defines you, I don’t find you worthy.” If you “hide your fat girls” during recruitment, and then your new member class suddenly sees all these women they didn’t meet, they will notice. And this is the message you just gave them: we believe these sisters to be lesser. The world is mean enough to women; how could I add to that?

My grandmother recently passed away. The very first people who arrived at the funeral, the first to sign the guest book, were her Chi Omega sisters. She was initiated in 1951. They came in wearing cardinal necklaces with their mourning clothes, and I just lost it. I knew this sorority thing wasn’t a joke. It’s not about pearls and hair bows, which sorority is the prettiest, which sorority won this event and which sorority won that fraternity week. None of that stuff is going to matter when we graduate. This could really be about a lifelong commitment. I want to recruit women who will literally love each other until they die.

So yes, I failed as the recruitment chair. I failed the stereotypical sorority culture. I failed when I extended bids regardless of size, race, sexual orientation, or family background. I failed when I instructed my women to pick potential new members for who they were, not for how much money their parents make. I failed when I told my women it didn’t matter if they bought their recruitment clothes from Forever 21 or J Crew, as long as they looked professional and felt confident. I failed when I didn’t for a moment consider a sister’s weight to be a factor in her ability to recruit.

But I guess I didn’t fail because we busted quota. And I loved every single woman that ran home to us, not for her appearance, but because of who she is.