Facing A Death You Weren't Ready For
Odyssey

Facing A Death You Weren't Ready For

Why losing a peer is so hard to fathom. 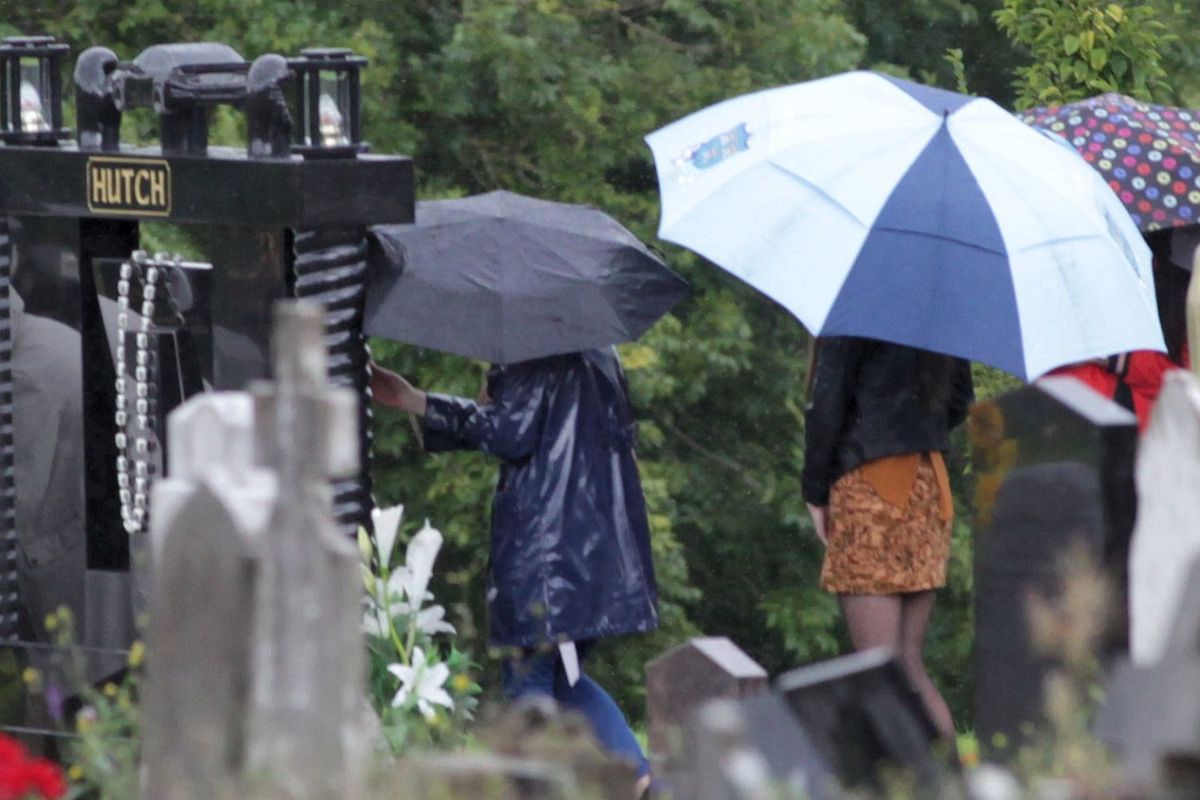 There's a line in a Kenny Chesney Song "Now only the good die young, stops me in my tracks." And for awhile it was just a line I sang. However recently it's become a line that really hits me. In the past year, the number of deaths of my peers has risen exponentially. And with their deaths comes the same flood of prayers for their families, the reminiscing on time spent together, and overall feeling of dread that someone we were in the same life cycle as will not get to see their next big milestone.

Whether it's getting your driver's license, first car, moving out, getting married, getting a pet, having a child, getting your first job, there are a large number of milestones that millennials can look forward to. There is also the excitement of getting to celebrate these milestones with your friends. So when someone from your peer group is no longer around to achieve these milestones you are faced with the daunting prospect of all the things you want to do, and all of the things they will never get to do.

Your friend will never get to have and raise children, or if they do, they will never get to see their children grow up. If they were unmarried they will never get to celebrate their marriage surrounded by the people they love most, and if they were married they have now been robbed of the chance to grow old with their significant other. If their parents are still alive they are now faced with the task of burying their child, something no parent ever thinks they are going to have to do. The list of things that can't and will never happen because of this sudden, and far too early death, continues to grow as you mourn them.

In an unfortunate pattern, the deaths of many adolescents and young adults is due to some kind of substance. Whether it's an overdose, a drunk driving incident (not necessarily them being under the influence but a victim of someone who was), failure to call 911 during alcohol poisoning or an overdose, or just a poor choice made while inebriated.

These kinds of deaths bring with them a different kind of sorrow. The kind that is coupled with regret, and "I should haves." I should have said something about their choices, I should have kept them from falling in with that crowd, I should have called them an Uber, I should have taken their keys, etc. These lingering regrets stay with you, they cause you to question every interaction you had with that person, wondering if you could have done or said the one right thing that would have made a difference in how their story ended.

Another alarming pattern connected with adolescent and young adult death rates are mental illnesses that result in suicides. As highlighted in popular Netflix series "13 Reasons Why," mental health is a prevailing issue in young adults, and the suicide rate is steadily increasing. You never know what kind of battle someone is fighting, and usually, you don't realize the impact of what you said or did while interacting with them until it's too late. Hindsight is 20/20, and while reflecting on how you could have helped someone is part of the coping process, focusing on that isn't conducive until you decide to initiate change and never let it happen again. Recognize the signs, hear your friends and peers if they cry for help.

Death is never something you're ever really ready for. Even if someone is sick and has a number on how much longer they have to live, you are never really ready to let them go. Even when someone has lived a long and prosperous life, filled with adventures, a career, and family, you aren't ready to face having them no longer in your life (call your grandparents people, they love you). But it is even harder when you have had no time to prepare, when it is unexpected and when it could have been prevented.

This isn't the typical "tell everyone you love that they are important to you because you never know when you might not get a chance to" message (although what could it hurt to tell them you love them), this is the lamenting of someone who has been there. Someone who knows and understands that the finality of an unlived life ended at a young age is hard to come to terms with. It is hard to recognize that someone your same age is no longer going to look forward to any tomorrows, and it puts a tightening sensation around your chest, highlighting all the things you still haven't done, and still want to do. All the things you need to walk away from, and all the things you need to walk towards.

Death is always going to be hard, you're never ready, and nobody ever knows how someone else is going to handle the loss. Be there for people, be ready to listen, and if the need arises, be there to pick someone up at 3 am because they can't drive. Deaths of our peers should be something we actively work to prevent.