My Experience Working At McDonald's For A Year And A Half

My Experience Working At McDonald's For A Year And A Half

Whoever looks down on McDonald's workers has clearly never been yelled at because the ice cream machine is down. 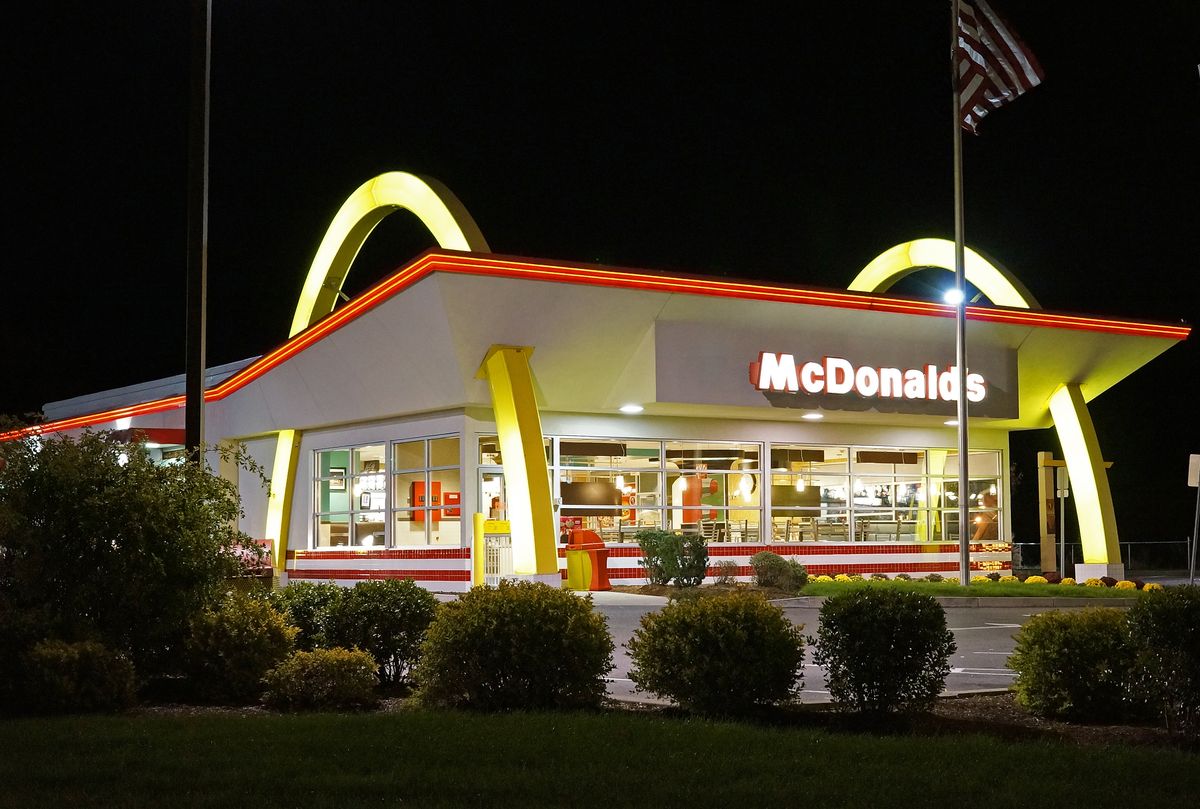 I applied for my first job the day that I turned 16. I don’t exactly remember where, but I do know that I never heard anything back from the employer. Or from the next five jobs I had taken time to fill out applications for.

I understand that bosses want people with experience, but where exactly are we supposed to get that experience when you don’t give us a chance? After about a year of applying, interviewing and ultimately losing contact with many, many potential jobs, I turned to the only place I had left: McDonald’s.

I had started working less than two weeks after the interview. At first, I was just relieved to finally start getting some money in my pocket. I even saved up enough to buy a new (at the time) iPhone- which I still have today.

However, I quickly became subject to the same cruel treatment that many other food service workers experience. I started to hate going to work, I had no motivation, and would literally count the seconds until I could go home every day.

Here, I present the many stories I have in my memory of working at McDonald’s. Customers have yelled at me, they have sped off, and I will never forget that some people think it is okay to treat human beings like garbage just because they view them as less than for having such an undervalued job.

1. The woman and her toasted muffin (but, not too toasted)

Every day, an older woman would come to our restaurant and order an Egg McMuffin. She would always ask for it to be lightly toasted, however every day she would bring her muffin back up at least four different times claiming that it was “too black.”

I don’t know if she wasn’t aware that that’s what a toasted muffin looks like (no matter how “lightly” toasted it is) but I’m 99% sure she had a toaster at home. Just make your muffin at home, if you need it to be so specifically toasted!

2. The man who called my fellow employee a retard

One day, I was training a new employee in the drive-thru. She was actually doing really well, maybe a little slow, but that’s just expected of new workers. Well, here comes the loudest man in existence screaming into the speaker for a senior coffee.

So, the worker accidentally rings up a normal coffee (without the 50 cent discount) and the man begins throwing a tantrum about how all McDonald’s workers are stupid. Mind you, this is all because she pressed one wrong button causing a minuscule issue that could be solved in about .3 seconds.

Then I hear the man yell, “What, are you retarded??!!” An attack like that on one worker is an attack on all fast food workers. Don’t undermine the people that hold your precious food in their hands- I mean, that’s just like the first rule of common sense.

3. The man who assumed that I was a lesbian just because I wouldn’t give him a sample

So, this is the same man as number 2 so you can tell he’s just the greatest person alive. Every Saturday, some McDonald’s offer free samples of new items. Well, from 12-2 one day we were giving away samples of our strawberry pie.

At 2:10, this man walks in and demands a sample. I kindly tell him that the offer, unfortunately, ended ten minutes ago, and he walks away in a grumble. I had forgotten about this incident until another man came up to the counter and demanded he spoke to a manager.

The man said that this same angry man from before was now going off on a tangent to anyone who listened to the fact that I was apparently a lesbian for not giving him the pie. I don’t really know how someone’s sexual orientation corresponds with food samples, can someone explain that to me, please??

4. The man who called another worker a "fucking bitch" because he had to be parked

I don't quite understand why customers get so mad over having to be parked for food. I get it, McDonald's is supposed to be "fast food," but wouldn't you rather want to wait a few minutes for hot and fresh over cold and hard??

Anyway, one day there was a man that had to be parked for his food since it was a pretty large breakfast order. First, the man called the person who told him to pull up a "bastard" but he still agreed to be parked. Fortunately, our best manager overheard his comment and when she ran out his food, had a few choice words to say to him.

When confronting him about mistreating her workers, all the man could reply with was "just give my bag you fucking bitch." So that's exactly what the manager did. She threw the bag into his car and said, "Have a nice day!"

Needless to say, working at McDonald's absolutely sucked. But at least I had a strong support group of fellow employees that I could turn to when I was stressed, and who always had each others' backs when dealing with such mean-spirited people.

This article is for you guys. Miss you, but never gonna work with you again, sorry!