Ethnicity In Our Dolls
Odyssey

Ethnicity In Our Dolls 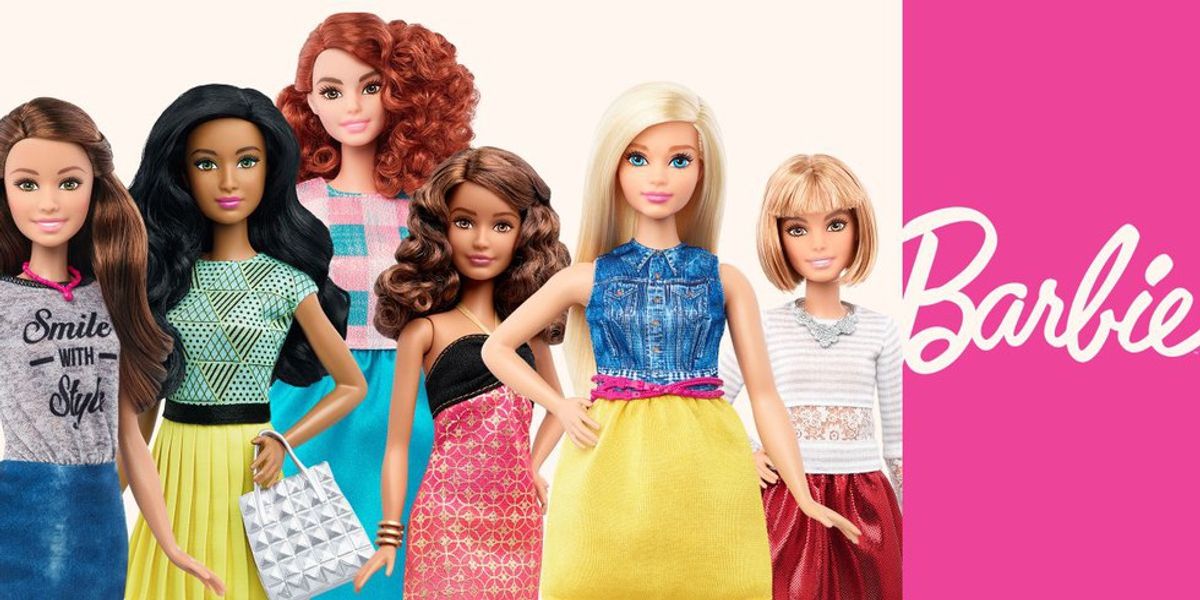 While out shopping for Christmas this year, take a look a the dolls made available to you. You'll find that there is a huge imbalance of the ethnicities offered. I measured the amount of ethnic dolls that both Walmart and Target offer; I measured for white, African American/black, Hispanic/Latino, and Asian dolls according to skin color, hair color, facial features, and name.

I interviewed 4 Caucasian, 4 African American/black, 4 Hispanic/Latina, 4 Asian American students at Mary Baldwin University in Staunton,Virginia. Of those, 20 girls stated that they stopped playing with dolls from the age five-seven; of those girls, four were African American/black, four were Asian, and four were Hispanic/Latino. They said that they stopped playing with dolls because they could not emotionally connect with the dolls. The dolls did not look like them, and they could not understand why they did not look like their dolls – why their skin was a different color, why their eyes did not look like their dolls’ eyes.

The African American/black students said that the few black dolls that they did have were often their favorites, the heroes of the "stories" they came up with while playing. The white dolls were less played with but often portrayed one of two ways: as the villain or as something that the girl felt she could never be (a doctor, a princess, strong, beautiful, brave).

The Asian American students informed me that their parents went out of their way to buy them dolls from Asian countries so they didn't have all white dolls. One student stated that she often portrayed her white dolls as princess warriors, amazing women that could overcome amazing feats. Another informed me that while her parents bought her Asian dolls from the country of their heritage, she was not allowed to play with the dolls because they were expensive and her parents didn't want her to mess them up.

The Hispanic/Latina students claimed that they always reached for the darkest looking doll when at play dates or choosing a doll at the store because it was the one that they could identify with the most. One student claimed that when she played with white dolls she had them speak English, but when she played with dark skinned dolls, they spoke in Spanish. Another student said that she hardly ever played with dolls in the first place. She could not quite get into playing with a doll that she could not connect with.

The Caucasian students claimed to still play with dolls up into high school or even still have their dolls and don't necessarily play with them, but do often change their clothes and positions because they still have an emotional connection to their dolls. They didn't always portray their dolls in the same sense as the other children (as warrior princesses or outstanding doctors), they were just regular people.

Children need to be able to play with dolls to develop understandings of social norms, relationships, and social scenarios. Many American children, however, are being deprived of the ability to strengthen these social muscles because they don't have access to dolls that they can emotionally connect with or be able to see themselves in.

If I were to do this study again I would look more deeply into the effects of playing with dolls in childhood and how it carries into adulthood social skills. I would also suggest a bigger sample size of participants to be able to assure the results are not a systematic error or common among college students or specifically Mary Baldwin (or other all female college) students. This is important research because it affects the way young children see their culture and react to their environment.

Caitlin Marie Grimes
University of South Florida
11854
Beyond The States