This fan-favorite actor sets the bar high for celebrity-fan interactions. 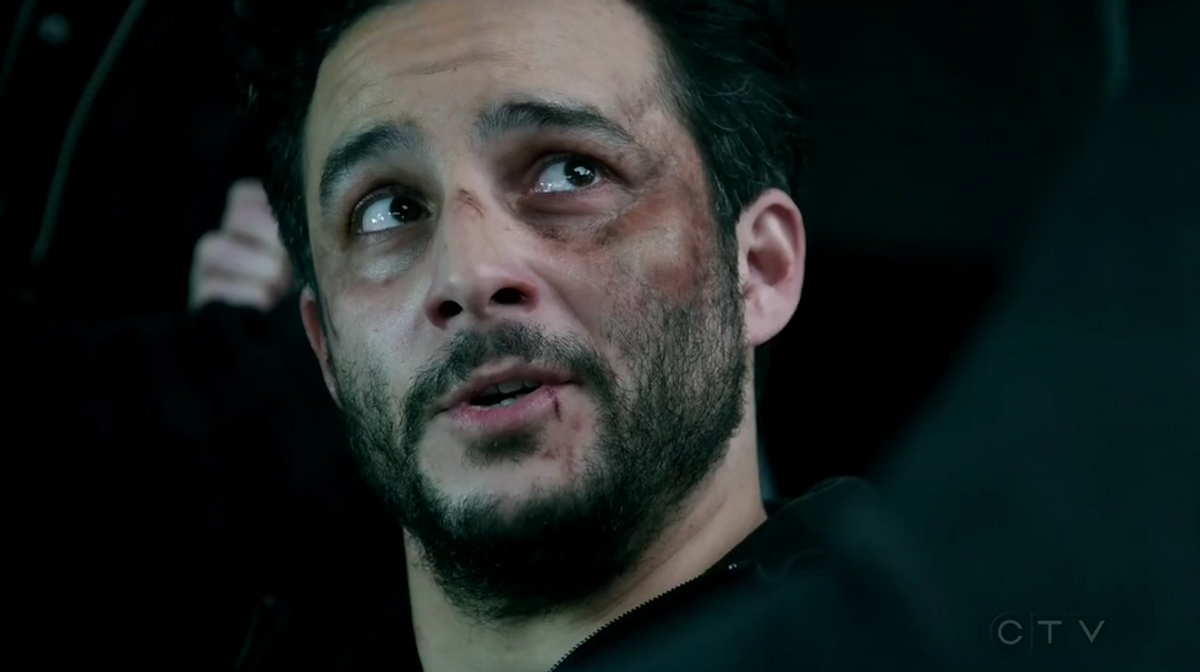 (All Twitter images included in this article are my own screenshots from Twitter.com unless otherwise specified.)

If you ask a fan of NBC's "Blindspot" to describe their favorite part of the show, they could respond with a wide variety of answers. However, if you ask them what they think is the funniest thing about the show, they will almost certainly point to the antics of Rich Dotcom, the classic Trickster archetype to a T, who pokes his head in every few episodes to stir up extra conflict amongst the recurring characters.

If there is anything more entertaining than Rich Dotcom, perhaps it would be Ennis Esmer, the Canadian actor and comedian tasked with bringing this endearing yet infuriating antihero to life.

While Rich Dotcom might be the last person you’d want to work with, Esmer himself only shares his character’s charisma and social butterfly tendencies.

One way he showcases these traits is by regularly engaging with his followers on Twitter and other social media outlets.

Such openness has become a controversial topic in the entertainment industry. The idea of balance between transparency and privacy is a significant concern. However, interactions such as these can help fans realize that actors and other “celebrities” are normal humans, just like us.

I have had the fortune of interacting with Ennis personally (via Twitter) on multiple occasions. Despite having no relationship with one another outside of a typical celebrity-fan dynamic, Ennis has been generous enough to not only acknowledge but respond to my comments on his performances and general events. Sometimes this has even resulted in an extended “conversation.”

Yasmine Mehio - Lebanese screenwriter by day, "Blindspot" fan and fanfiction author by night - has also received responses from Ennis on some of her messages. She’s even messaged him a few fanfictions and other "Blindspot"-themed creations.

Mehio states that she has never interacted with those involved with her favorite TV shows before, at least not to this extent. "Honestly, I always found it… weird. But that’s not the case with "Blindspot," and especially not with Ennis Esmer.

When interacting with him online you get the feeling that he really wants to do this... not because he feels he has to do it as part of his job. It always feels like he is enjoying the interaction as much as the rest of us and doesn’t make you feel weird for reaching out to talk or just joke around. He seems like the kind of actor who genuinely loves what he does, not just as a job, but passionately enjoys it and everything that comes with it. He loves the characters he plays and embraces them as much as the fans do, and that makes it so comfortable and encouraging to talk to him."

You can see Ennis Esmer as Rich Dotcom on "Blindspot" Wednesday, February 15 at 8/7c on NBC. If you’re able, stop by Twitter before or during the episode to say hello. Who knows, he might even say hi back.

Caitlin Marie Grimes
University of South Florida
2323
Beyond The States