Stop Trying To Constantly Relate To My Endometriosis Pain, It's Infuriating

Stop Trying To Constantly Relate To My Endometriosis Pain, It's Infuriating

You can't spell "endometriosis" without "ME," am I right? 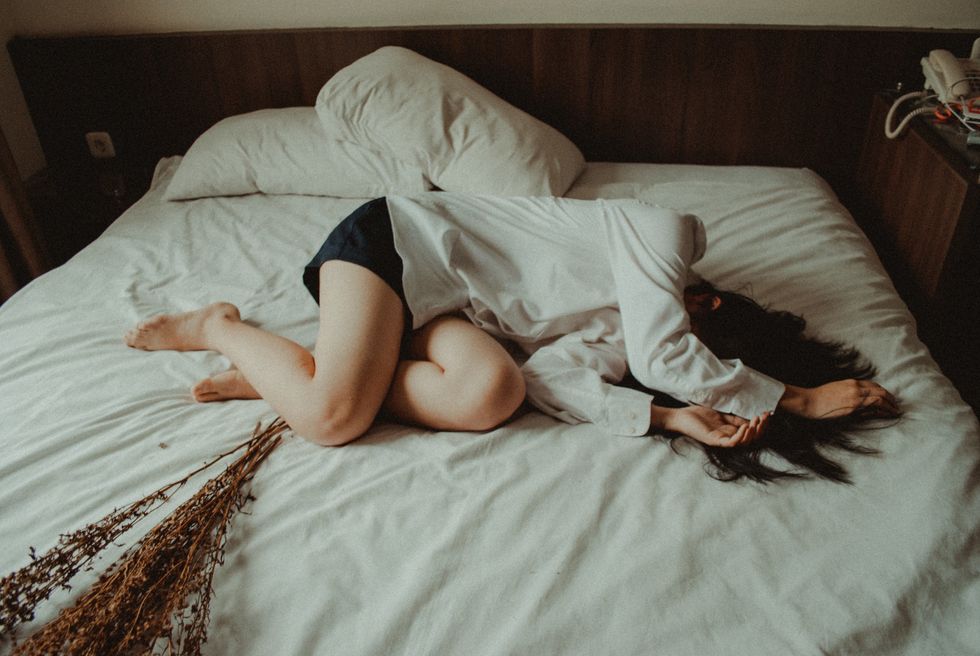 Here's a health lesson to all of my readers:

Endometriosis is a medical condition in which tissue that normally lines the uterus grows outside the uterus.

You're probably wondering where it grows then, huh? Well, up until you're sixteen, you won't find out. No matter how many doctor's appointments and hospital visits you go through, every health care provider will tell you that you're too young to have a laparoscopy (a medical procedure that takes pictures of your insides and performs small procedures). In this case, they do a laparoscopy to find where the scar tissue is, how bad it is, and if they can remove it to lessen symptoms. Sounds nice, but even if they can remove the scar tissue, it grows back.

So let me tell you my story.

When I was twelve years old, I was told that I most likely have endometriosis, but they couldn't technically diagnose me because I wasn't old enough to have a laparoscopy. That meant that for the next four years, I was given no medicine, no sympathy, and absolutely no answers. I had sixteen day periods which usually resulted in three or four empty "super plus" tampon boxes. I had cramps that hurt so bad, I ended up in the hospital, and I lost so much blood that sometimes I ended up fainting on the bathroom floor. (The day of the SAT, for example).

When I turned sixteen, I was more excited to get a laparoscopy than my license. I missed my uncle's funeral because I was laying in a hospital bed. When I awoke, they told me that I was at a level four (out of five, and that they weren't able to remove any of my scar tissue, because they found that I had pelvic congestion syndrome (PCS) which is a fancy way of saying that I have varicose veins in my uterus, and it was too risky to take off scar tissue because if they hit a vein, I could bleed out.

Good news though - I could take ANOTHER hormone pill every single day to lessen the extremity of the veins which would make it possible to take some scar tissue off.

The additional hormones made me feel suicidal, and I realized I would rather suffer the pain I had dealt with every single day rather than feel crazy and sad. No thanks.

The pain after the laparoscopy infuriated me. I felt like I was having a heart attack because of the air that was still coming out of me. I was pretty much a deflating balloon. I hurt so bad, and I was so upset because it was all for nothing. There was nothing to make it better. What a familiar feeling.

Endometriosis isn't your monthly period cramps. Endometriosis is missing school and work, and being too embarrassed to tell your friends and managers that you aren't coming because of your uterus. It's your high school assistant principal giving you a standing medical note in your file because he understands because his wife has it. It's having to be sixteen and having that conversation in the first place with your male high school assistant principal.

Endometriosis is staying in when all of your friends go out. It's doctor's appointments, PAP smears, birth controls, laparoscopies, and hormone pills all throughout your life. It's the constant exhaustion and fatigue. It's scarring from failed laparoscopies. Endometriosis is the realization that it's not just endometriosis; it's that in addition to PCS, PCOS, etc. It's the realization you probably won't have children whether you want them or not.

It's having to have that awkward conversation with every guy you date. It's painful sex and the fetal position out in public when the pain starts to come through. It's heavy periods, fainting, throwing up, bruises, and mood swings. It's everything no one knows about. Endometriosis is real. Endometriosis is your neighbors, your best friend, your daughter, your sister, etc.