Who are we? Women! What do we want? Endometriosis research funding! When do we want it? NOW! 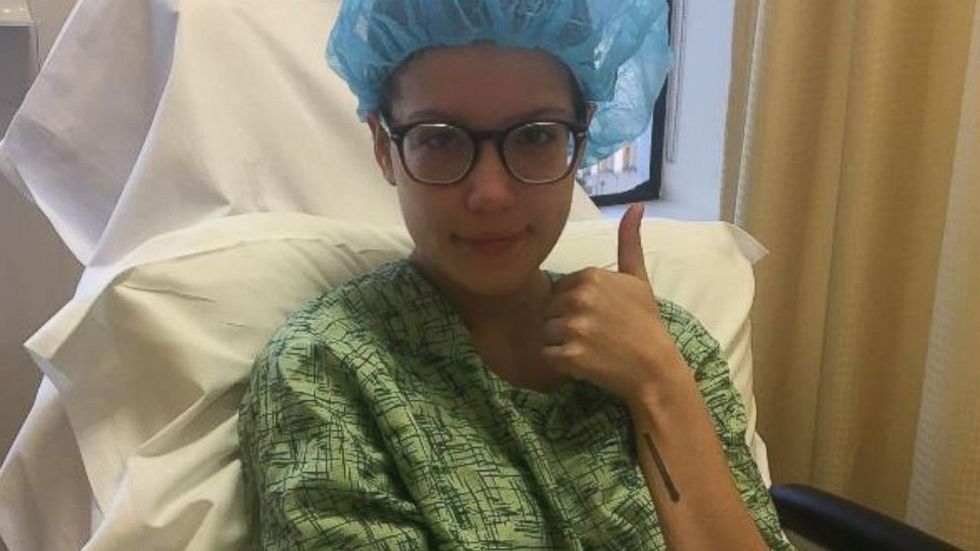 You know someone with endometriosis. Maybe you don't know that you know, but you know. The reproductive disease affects about 10 percent of women in the United States and is largely discovered while a woman is trying to conceive a child. It complicates pregnancies due to excess tissue (similar to the lining of the uterus) forming in places it doesn't belong — ovaries, fallopian tubes, and the outer surface of the uterus. Endo screws up your reproductive health with ovarian blockage, bleeding, cyst growth, inflammation... sounds fun, right? These obstacles don't only affect a woman's ability to experience a healthy pregnancy. It causes intensely painful periods, years worth of doctor's visits, urinary problems, and in some cases, multiple surgeries.

Despite the pain and suffering these women go through, endometriosis has continued to be underfunded and under-researched. The disease as a whole is downplayed as being "just heavy periods" and often a taboo subject due to its connection to reproductive organs.

Haven't you heard? Women are just supposed to pop out 2.8 children and go on their merry little ways, no obstacles allowed!

And talking about that "time of the month?" How unladylike.

The National Institutes of Health (NIH) expects only six million in funding for endometriosis research this year, four million less than four years ago. That's is less than $1 for every person who suffers from the disease. Out of all the conditions on the NIH's radar, endometriosis is one of the least funded — it is 276 out of 288.

While it could easily be argued that more women than ever are talking about their reproductive issues (endometriosis, PCOS, and infertility as a whole are widely discussed topics), the urgency seems to be only in social conversations. Sure, celebrities like Halsey, Jillian Michaels, Lena Dunham, and Whoopi Goldberg have been diagnosed with endometriosis and are quick to share how the disease has impacted their lives. But that's not enough to twist government funding in the right direction.

The taboo nature of women's reproductive health is slowly fading away, and that's a good thing. You no longer have to stay hush-hush about the fact that you're on your period, birth control chatter is normal, and when you have an ovarian cyst burst you can actually tell people what happened that made you sick.

It's science! It's life! It's not something to be ashamed of!

But talking about these issues, while all well and good, won't take the pain away from women who experience them. Conversations won't stop the absurd bleeding or time spent in the lobbies of doctors' offices. It's time to put the money where our mouth is.

Today's funding for endometriosis research could be fewer women who face this lifelong struggle tomorrow. Taking that away means we're settling for years of physical pain, unpredictable hormone spikes, and a bunch of pissed off women who deserve better.