An analysis of the important role the media plays in our child's education. 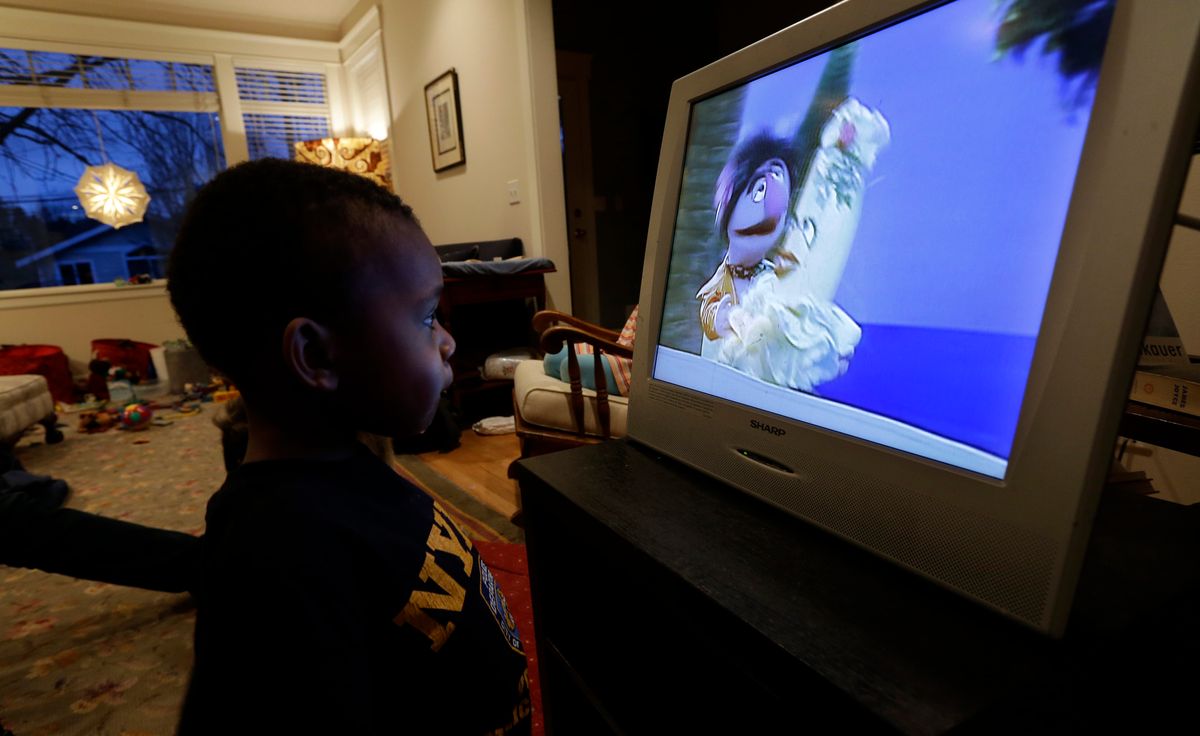 It seems like the perfect innovation: a device that provides entertaining, interactive education to your child 24/7 free of cost (with the exception of the monthly cable bill, of course), allowing you to safely plant them in front of the screen while you work or savor your free time. Since it's conception, the television has consistently been one of the most constantly-evolving pieces of technology; it started with the intent to spread news and entertainment to the masses and served little purpose beyond and was primarily intended for adults. This changed during the late-1940's with the creation of shows such as Kukla, Fran and Ollie, Howdy Doody, and Captain served the purpose of entertaining children rather than adults.

While TV was often regarded as mindless entertainment, this would change as a new dimension of children's media emerged in 1969; with the creation of the instant hit Sesame Street a flood of innovative new shows for children that not only sought to entertain, but also to educate. While productive in theory, many parents debate whether or not this "hands-free" approach to learning is actually helping their children to grasp preschool concepts, or if it's simply a toned-down form of child neglect. Does educational television actually help children learn, or is it too good to be true?

The first benefit of educational television comes in the form of accessibility. A child coming from a financially-strained family may not be able to attend preschool (an issue I've previously tackled), but can easily turn on the TV to have access to similar knowledge they'd be expected to learn in preschool. The basic comprehension of numbers and letters, for example, is a fundamental part of childhood development, and though it's ideal for a physical entity, such as a teacher or parent, to teach these to a child, a parent may not have the funds to send their child to preschool, and may spend a majority of the day working. This is, of course, where educational programming has an advantage; it's accessible and reliant, providing an otherwise uneducated child with the information they'll need in a fun and interactive way.

Another major benefit deals with how vast and widespread television is. While this may seem like a drawback to many, as an overly-generalized approach can ostracize minorities, many educational TV shows have actually done the contrary. Naturally, education on certain topics differs between locations; a preschooler from San Francisco is going to about different societal issues and norms than a preschooler from small-town Georgia. My own mother, for example, grew up in a small village in Illinois during the 1970's, just a few decades after the ban (yes, ban) on blacks in the county was lifted. Naturally, the first time she was exposed to non-white individuals was through the media-- specifically, Sesame Street, which was famously known for being one of the first children's shows to feature a racially-diverse cast. This came as such a culture shock to the American population that Mississippi actually attempted to ban Sesame Street from airing in the state, fearing that it would confuse children seeing a fully-integrated cast. Racial diversity isn't the only area where Sesame Street has proven to be a positive source of societal progression-- also featured in the show was a segment about breastfeeding, a cast member with Down Syndrome, a muppet whose father is incarcerated, a song empowering natural hair, and even an episode that tackled the sensitive topic of death. For many children, this would be their only means of learning about such topics, as most shy away from them. Introducing these topics also gives parents a great opportunity to discuss them with their child, giving the topics a preface and reason to be discussed. For minority children in less diverse settings, this can provide a sense of inclusion and representation; A young Mexican-American girl may consider the curious and Dora the Explorer to be a role model, for example-- I find Julia, the first-ever muppet with autism, to be a great example of representation for myself. reading, writing, and math are integral parts of education, it's imperative that children learn about the world around them and the people within it.

Though it's clear that TV offers an education with different perspectives than a preschool classroom, what are the shortcomings of educational TV? Well, the main issue with it is that many parents rely on it to be their child's sole educator, which professionals strongly discourage; unlike a teacher, who can stop, repeat, and answer questions, the TV can only go a pace that may not be ideal for certain children. The child cannot ask questions on puzzling topics, which can lead them to either not grasp-- or worse-- misunderstand a lesson. Schools also provide social interaction, teaching children how to communicate and cooperate with other children and adults, which is something the TV can't provide; Schools give children a strict schedule they must adhere and adapt to, and teaches proper behavior and management skills. The child cannot learn from experiences from the TV like they can at a preschool, where many lessons and ideas are through the senses; all they can do is watch. Another major issue boils down to the unhealthy nature of watching TV; when a child learns in a school environment, play and physical activity are encouraged, while excessive TV watching can cause a child to become lethargic.

So, now that we know the pros and cons of educational TV, what can we take from this? Well, like most things, educational programming is good... In moderation; to properly learn, children need the aid of an adult who can discuss and explain concepts to them. In reality, educational TV is most effective when used as a supplement, rather than the primary source, of education. It's important that parents and teachers, rather than the media, lead the education of children. So, no, there's nothing wrong with your child watching TV, but it is important that you know what your child is watching, and provide further information on what they're being taught. As previously mentioned, these shows can spark a conversation between you and your and can give you the opportunity to teach them with a hands-on approach. This approach is supported by the creators of Sesame Street, who decided to air their episode about death on when children would be around many adults to help support their understanding.

In the end, it's important that we realize the importance of discussing things with our children, and guiding them through the world of education by hand, rather than by screen.

Emma Hyatt
3697
The Truth About My Parents' Divorce