Education Reform Is, And Has Always Been, About Money, Not Learning

Education Reform Is, And Has Always Been, About Money, Not Learning

Education should not be a competition; the children of America should all receive an excellent education, with no losers. 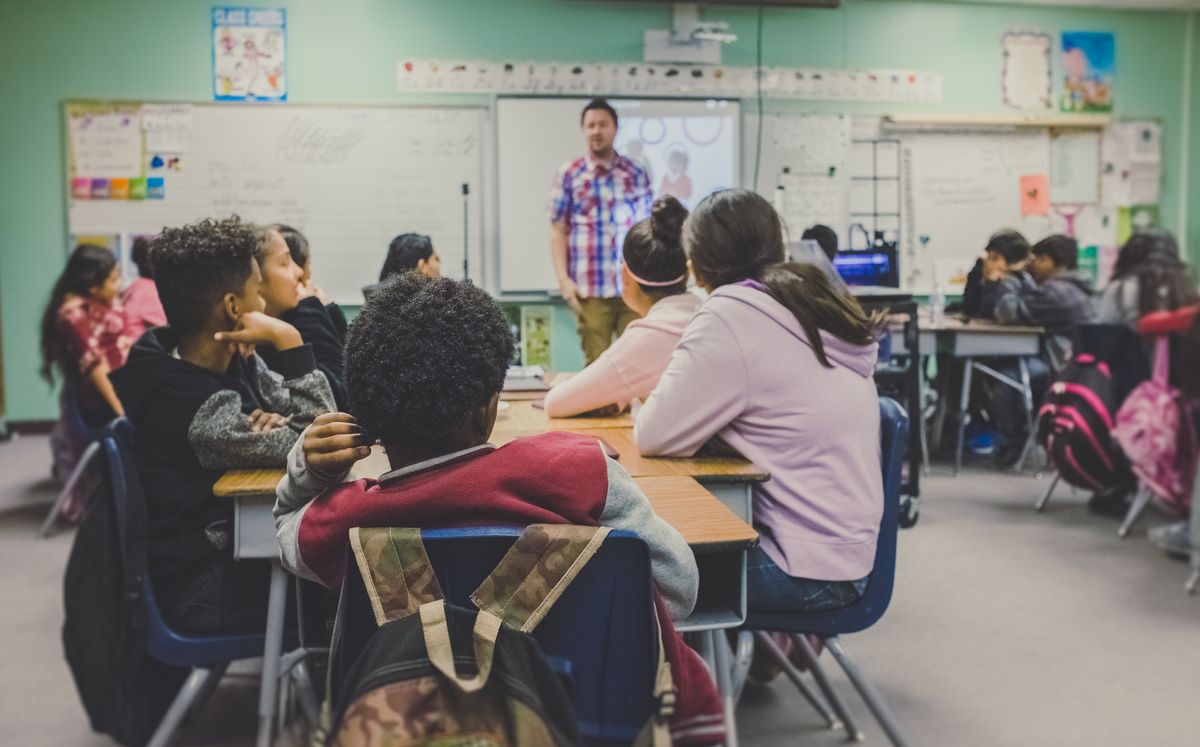 You hear it all the time: The American school system is failing! We can’t compete on a global scale! What if I told you that this was a lie that was intended to privatize the American school system to financially benefit those making the laws? Through this false narrative of failure, federal education reformists have lined their pockets to the detriment of the schools who need the money the most.

First, we must tackle the idea that education reform like No Child Left Behind and Race to the Top set schools up to look like failures. The goal of No Child Left Behind was to have 100% of students achieve proficiency in math and reading by 2014. This is an admirable goal, but it was setting schools up for failure – it is simply impossible for 100% of students to be proficient.

Between students who are developmentally delayed, ESOL students, and students who just don’t care to learn, the goal of 100% proficiency was impossible. And it was designed to be because if people thought that schools were doing well they would never approve of a plan that funneled public funds into the private sector. Having a “failing school system” instilled a panic in the American public that their children are attending schools that are not educating them. This is the kind of panic that makes people act without scrutinizing the solutions.

How do we know our schools aren’t failing? According to The National Assessment of Educational Progress (the only consistent measure of education that we have in the United States), both reading and mathematics scores have improved steadily and significantly since 1992. We know that this is most likely not due to No Child Left Behind because the steepest increase (greatest improvement each year) happened before its implementation.

But what about on a global scale? Ever since the launch of Sputnik, the American people have come to fear inferiority in terms of global achievement. The good news is that American schools are doing better than the international average! According to the results of the 2011 TIMSS (Trends in International Mathematics and Science Study), the average score for students on the math section placed the United States in the top 25 countries, and in the top 24 for science.

So what do lawmakers have to gain? Take into consideration the director of Race to the Top competition, Joanne Weiss. Before she was the director of the competition, she was the Chief Operating Officer at NewSchools Venture Fund, an organization that gives money to “education entrepreneurs” (read: people who make money off of students and schools).

Next, according to Joanne Race to the Top was meant to increase economic activity and encourage the creation of markets for profit and non-profit organizations. She openly wrote that the so-called “education reform” was intended to stimulate the private sector, but people still believed that this was the best solution for fixing (an unbroken) education system.

So, what’s the problem? The biggest problem is that nobody did any studies on how Race to the Top or No Child Left Behind would affect the quality of education in the United States. We as a country subjected our children to these untested programs in response to our fear that we were failing them. We left our children in the hands of companies that only care about their bottom lines.

Additionally, the method of forcing “underperforming” schools to compete by reducing their funding is creating a problem. The schools most likely to underperform are schools in low socioeconomic status neighborhoods – schools that already don’t have money due to the way that public schools are funded. Some of these schools do not have the money for licensed teachers, computers, pencils, or other necessities. Taking away the funding to encourage them to “compete” cripples them further, and in some cases, schools are even closed for underperforming!

The school voucher system is also problematic, especially if vouchers are usable at for-profit charter schools. The idea of vouchers is enticing, parents being able to use the money that the state is already paying to educate their child at a school of their choosing.

For-profit charter and private schools are not all bad, but the fact that a corporation can make profits off of the money that the government sets aside for educating children is a little weird, especially when you consider that charter schools are not often regulated or held to the same standards as public schools. Another thing to consider is that some of the vouchers are being used at private religious schools, which blurs the line between separation of church and state.

The recent changes to our education system that began under the false pretenses of a failing public school system have been an underhanded way to stimulate the economy and privatize our schools. And these movements are not headed by educators, but by businesses who know nothing about how their programs affect student accomplishment. Race to the Top and No Child Left behind have morphed education into a competition. And the driving force of education should not be competition – the children of America should all receive an excellent education, with no losers.