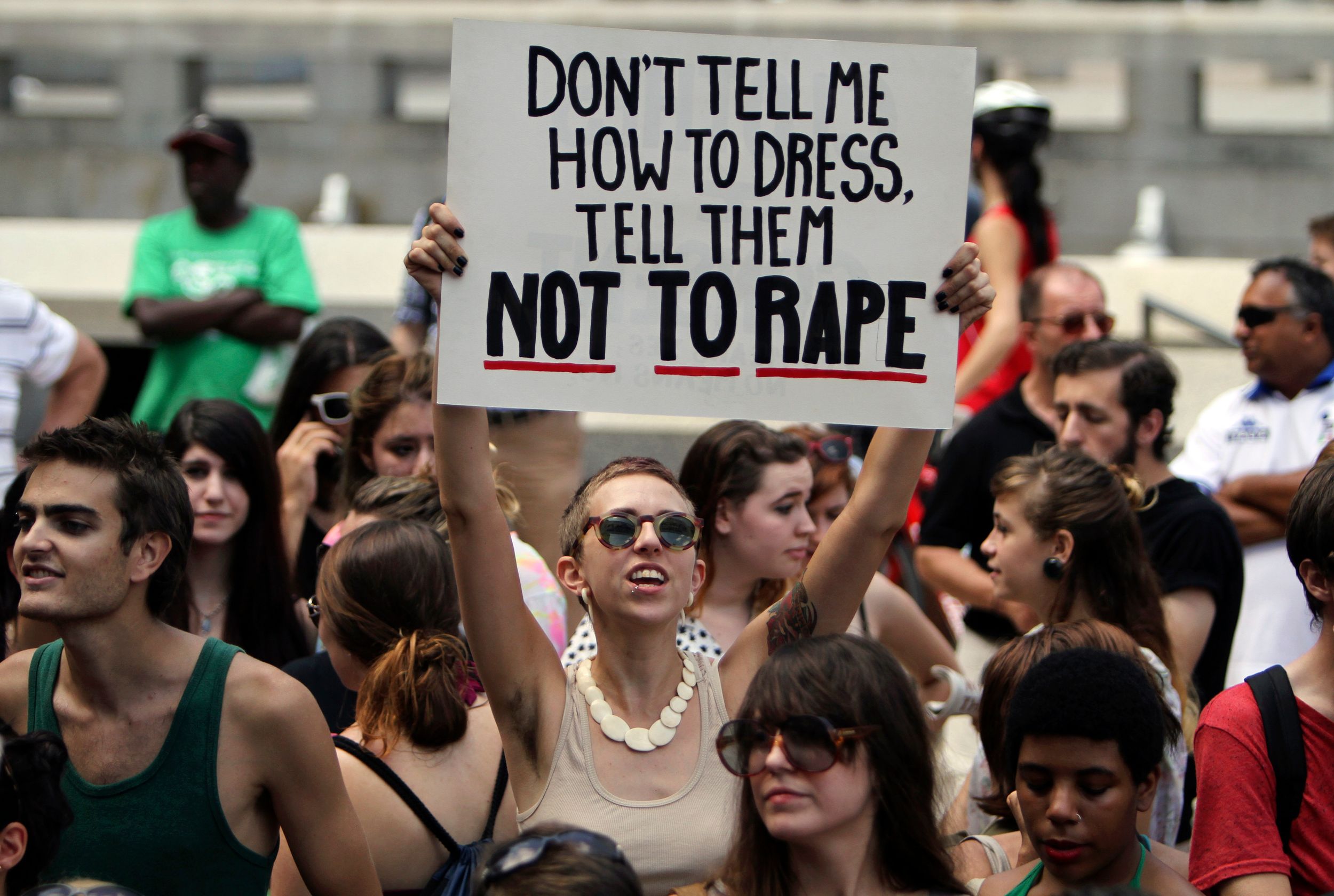 80 degrees, birds chirping, not a cloud in the sky. What would you wear?

Probably a pair of jean shorts and a tank top, right?

That’s how I showed up to school on a Spring day in the eighth grade.

I was excited because my legs were soft and smooth from the new razor I had just used, I planned to go to the park with my friends after school, and I thought I looked cute.

In the middle of an English lesson, the Dean came into my classroom and announced that she was doing “dress code checks.”

She walked up and down each aisle of desks and looked especially at each girl's legs.

She stopped at my desk and said, “Come with me.” When I stepped outside the classroom, I joined a group of girls who were also wearing shorts that hit a few inches above the knee. It seemed like she was collecting girls from every classroom who allegedly violated the student dress code.

She lined us all up outside of the principal’s office in order to let the principal evaluate whose outfit was "appropriate" or not. The principal explained to us that we could not return to class unless our parents brought us “appropriate” clothes to change into. As she wished, we lined up in the office and called our parents to ask if they could leave work to bring us clothes.

It's been five years since this happened, and I can still remember the principal asking me, “Did your parents see you leave the house like this?”

I said something like, “Yeah, my dad drives me to school every morning and my mom picks out my outfits every night before school.” To which she replied something along the lines of, “I can’t believe your mother would approve of this outfit.”

And there I stood, wondering how my mother wouldn’t approve of me wearing a thick tank top that covered my non-existent breasts and shorts that stopped only two inches above my knee.

And there I sat for hours waiting for my dad to bring me a pair of jeans and a T-shirt while the office aids grilled me.

I had already missed 2 periods of class, Algebra Regents prep, and lunch all because my outfit, which covered all “private” areas, was deemed “inappropriate” by my school’s staff.

According to the New York City Department of Education, the dress code is meant “to provide an environment conducive to promoting educational excellence with minimum distractions and disruptions of the learning environment.”

Meanwhile, the website uses the wrong form of “their” later on in the dress code statement.

Talk about “an environment conducive to promoting educational excellence”…

But this isn't an article about logical fallacies.

When the school system makes it acceptable to interrupt a girl’s school day to force her to change her clothes, it is putting a boy’s “distraction and disruption”-free education before hers.

School dress codes teach girls that if any guys harass them, it’s the girl's fault. Forcing a girl to change based on the length of her shorts or the visibility of her bra strap humiliates the girl, and boys rarely, if ever, have to feel that kind of shame during school. It teaches girls that they are sexual objects. It gives males the privilege of, "boys will be boys,” and makes it okay to call girls “sluts.”

Sure, there should be some wardrobe restrictions that separate school attire from beach and club attire, but most people are already aware of the distinction.

Girls should not be held accountable for what boys think or do. We need to teach boys that it is not okay to blame girls for their own lack of self-control.

If you are sexualizing me, you are the problem.

What It Means To Be A Student Athlete