5 Reasons I Don't Go To Zoos

And why you shouldn't either. 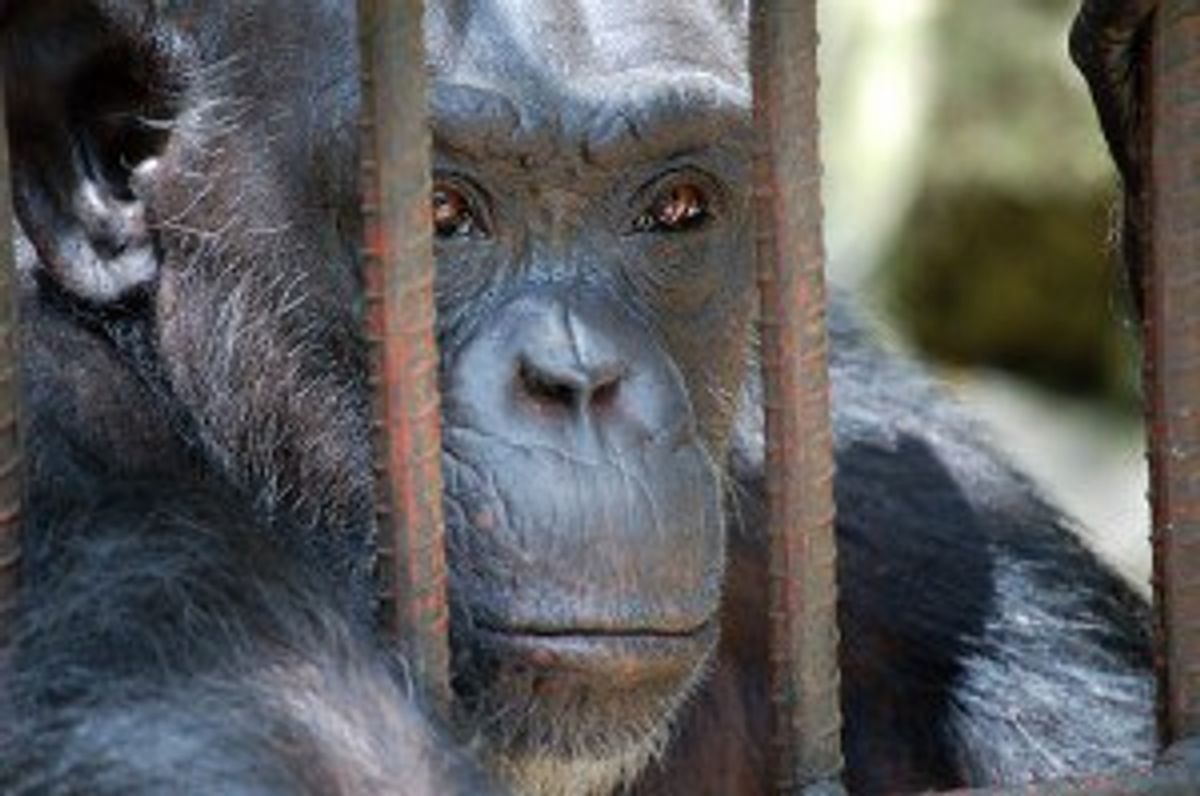 I grew up an avid animal-lover. I loved watching animals, interacting with animals, studying animals. As an animal lover, you would think that I spent a majority, or at least a good chunk, of my childhood at the zoo. Growing up in suburbia, that’s where the largest concentration and largest diversity of animals near me would be, and zoos provide solid education when it comes to animals and conservation, right?

Wrong. As a child, I was never allowed to go to the zoo. My mother, who is also an avid animal-lover, raised me with the mentality that zoos were harmful to animals. She instilled in me the ideal that it was immoral to take an animal out of its home and place him behind bars for the rest of his life solely for entertainment value. She refused to donate money in any way to an organization that was involved with such practices. Then, my sophomore year of high school, I opted to rebel. My best friend's little sister was having her eighth birthday party at the Houston Zoo, and she wanted me to be there. I told my mum that I was going, whether she liked it or not. So, she consented, and I went. I looked at the elephants. I looked at the exotic birds. I looked at the Red Panda. I fed the giraffes. I bought my best friend's little sister a toy peacock. And I was miserable.

I was miserable because I could tell the animals were miserable. Zoos seem like a great idea in theory, but they are nothing more than the equivalent to jail for animals. Here are a couple reasons why, as found on Captive Animals’ Protection Society’s Website and Peta.org.

1. There Is Not Nearly Enough Space

Compared to their homes in the wild, animals have considerable less space in captivity. To put it into perspective, tigers and lions have around 18,000 times less space in zoos than they would in the wild. Polar bears are even more cramped, as they have one million times less space. The artificial environments constructed in zoos interfere with an animal’s normal pattern as well; elephants are accustomed to walking at least 30 miles a day. However, this is impossible in a small zoo enclosure. Due to the inactivity the limited environment causes, elephants, as well as other animals, have been known to develop crippling arthritis, as well as other diseases.

When you are plucked out of your natural habitat and placed in such a small, insufficient environment, there will be mental implications. A government-funded study found that over half the elephants in captivity in the UK displayed behavioral problems, such as pacing and changes in their feeding patterns. Additionally, a plethora of zoo animals suffer from a condition called “zoochosis”, which is a result of the boredom and loneliness they endure while in detention. Zoochosis is when a captive animal sways back and forth nonsensically for hours on end. This condition is so rampant in zoos that some facilities have been known to administer the animals mood-altering drugs, such as Prozac, because the public began to recognize and grow concerned at this pattern.

African elephants in the wild live more than three times as long as those kept in zoos, and 40 percent of lion cubs die before one month of age. Additionally, zoos kill surplus animals. A study performed by Captive Animals’ Protection Society shows that anywhere from 7,500-20,000 animals can be surplus in the UK zoo system at any given time. This leads to a practice called “culling,” or killing as someone deems it necessary. Culling has been used as an excuse for slaughtering an entire pack of wolves when their enclosure got destroyed, as well as killing tiger cubs because they were not purebred.

Zoos defend themselves by saying that they’re practicing conservatism for eventual release into the wild, but that is not the case. First off, after years of life in confinement, the animals lose their natural instincts and become unable to fend for themselves in the wild. The animals become dependent. Zoos claim that by breeding in captivity, they are allowing the species to thrive; however, the reality is that zoos spend millions of dollars on keeping animals confined, while their natural habitats are being destroyed. It seems to me that this funding could go towards keeping their real homes from being wiped out. Additionally, barely any zoos actually register their animals on any international species databases, and most zoo animals are not endangered at all.

That’s the bottom line of it all. Zoos cause the animals to suffer. Whether it’s forcing antidepressants down the animals’ throats to perk them up or selling them to outside sources once the animals have “outgrown their usefulness,” zoos do not have the best interests of these creatures in mind. To cite a few incidences, there was one case when a 2-year-old giraffe was fed to the lions because he no longer served a purpose at the zoo. A gorilla was shot to death at the Dallas Zoo after trying to escape his enclosure because a couple of teenagers were harassing the poor creature by pelting him with rocks. The Gaza Zoo has been known to paint stripes on donkeys to portray them as zebras. The Minnesota Zoo sells baby animals to livestock auctions after they have outgrown their youthful appeal. There is no thought behind keeping the animals safe, keeping the animals healthy; zoos are nothing more than a giant money-making scheme, praying on the fascination of unwitting children and adults who have nothing more than an innocent love and curiosity towards these creatures.

At the end of the day, I wouldn’t want to spend my existence behind bars, and I doubt you would either. That is what zoos are doing to these creatures. They’re plucking animals out of their natural habitats and forcing them to spend the rest of their life in an enclosure that is not even close to being a fifth as large as what these animals are meant to have. Or, the animals are bred in to captivity, depriving them of even knowing life from outside the bars. It’s unnatural. Zoos malnourish the animals, they abuse the animals, they toss them aside when they deem them to be of no value.

When we visit zoos, we often spend a mere second or two outside the animal’s enclosure, waiting for them to do something exciting. We gawk, we bang on the enclosures. But nothing happens. We gain little understanding of what the animals are truly like, because living in a zoo has deprived them of living how God intended them to. If you truly want to educate yourself on wild animals like elephants, lions, bears, ect, I encourage you to rent a nature documentary, turn on Discovery Channel, or find an animal sanctuary near you. Animal Sanctuaries allow you to observe the animals, but, unlike most zoos, they actually work towards rehabilitating hurt animals and eventually releasing them back into their natural state.