If You're Not Going To Vote, Don't Brag About It

If You're Not Going To Vote, Don't Brag About It

But really, you should vote. 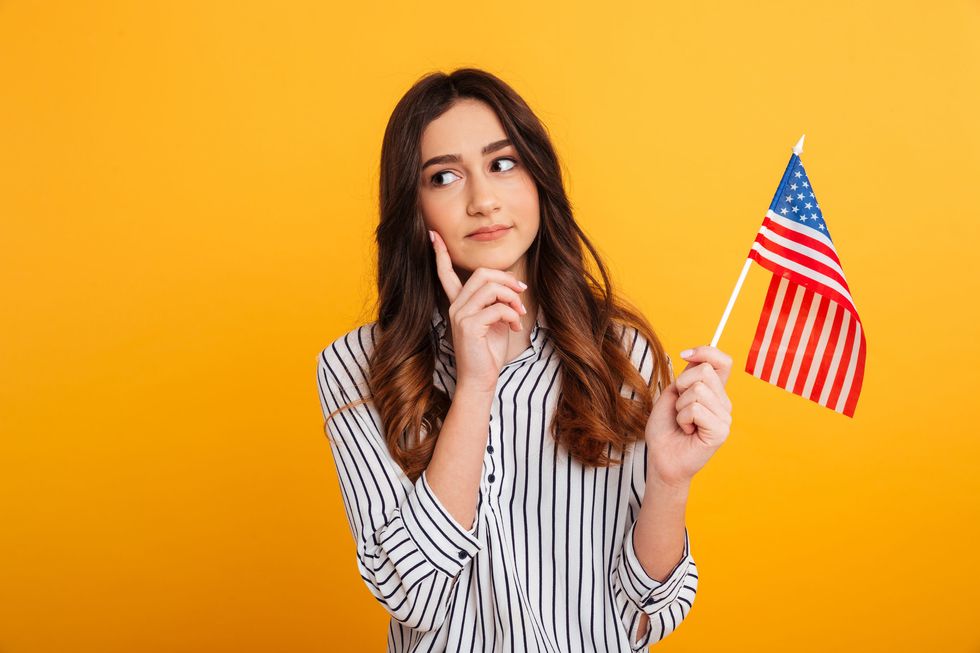 The United States has a history of alarming voter apathy, with only 58.3 percent of the voting-age population actually casting a ballot in 2008 and only 55.7 percent doing so in 2016. And that 2008 number was a four-decade record.

But as low as voter turnout is during presidential election cycles, it's even lower in every other year. 2008 was a short-lived peak, because by the 2010 elections when the fate of the White House was no longer at stake, only 36.9 percent of the voting-age population went to the polls.

But as the 2018 midterms—the first opportunity to express political displeasure on a ballot since 2016's slide backward in history—get closer, the push for voting has gained strength. Celebrities share voter registration PSAs. Social media is full of reminders that every vote counts. Helplessness and fury will guide many, many people to the polls this November.

We're living in a new political era, one in which citizens don't have the luxury of ignoring governmental goings-on. New stories of corruption, cruelty, and crassness clammer for headlines every day. It's hard to know what to focus on anymore: Should we prioritize the president's lifelong tax evasion? The confirmation of a sexual predator to the Supreme Court? The continued forced separation of parents from their children at the border? The fact that at this rate, the earth will be damaged beyond repair within twenty years and even if we commit to fixing our destructive behavior today, there's almost no chance of making a difference in time?

The issues just pile up until, as ordinary citizens, we're buried under the suffocating inhumanity of decisions we did not make.

Most people have taken this as a wake-up call. Record numbers of people have registered to vote and are now just waiting for Nov. 6.

And yet, there are still some people who resist the pull to the polls. To them, the constant chatter about voting is an annoyance. They proudly announce that despite all the messaging encouraging them to vote, they will not be doing so, as if not voting is a defiant act instead of the ultimate example of conformity.

These people tend to overlap with the ones for whom politics is a mildly incendiary topic that polite people avoid in polite conversation. The ones who object to demonstrations and personal attacks because they believe civility is more important than our civilization. And the ones who will object to that last sentence as being overdramatic.

To these types, the shift from a politically-detached society to a politically-obsessed one isn't an indicator of unprecedented problems with our government and corresponding outrage, it's an indicator that the outraged are being too loud.

That is to say, everyone boasting about their right to ignore Election Day is so cocooned in privilege that the real-life consequences of elections will never reach them. And because they are not just privileged but severely deficient in empathy, they do not care about the consequences for anyone else.

It's really not something to be proud of. And yet they're everywhere, hand-wringing in the shadows.

The stakes are too high—for most of us—for anyone to sit this one out. If you are eligible and able to vote but choose not to, there is no acceptable excuse. And a petulant and self-congratulatory excuse that demonizes politically active people for caring about democracy and human rights is especially laughable. You won't get my sympathy, but you do have my disgust.