I Don’t Know Who I Am And That’s Okay
Odyssey
CurrentlySwoonLifestyleHealth & WellnessStudent LifeContent InspirationEntertainmentPolitics and ActivismSportsAdulting
About usAdvertiseTermsPrivacyDMCAContact us
® 2023 ODYSSEY
Welcome back
Sign in to comment to your favorite stories, participate in your community and interact with your friends
or
LOG IN WITH FACEBOOK
No account? Create one
Start writing a post
Health and Wellness

I Don’t Know Who I Am And That’s Okay

Making myself happy was more worthwhile that defining who I am. 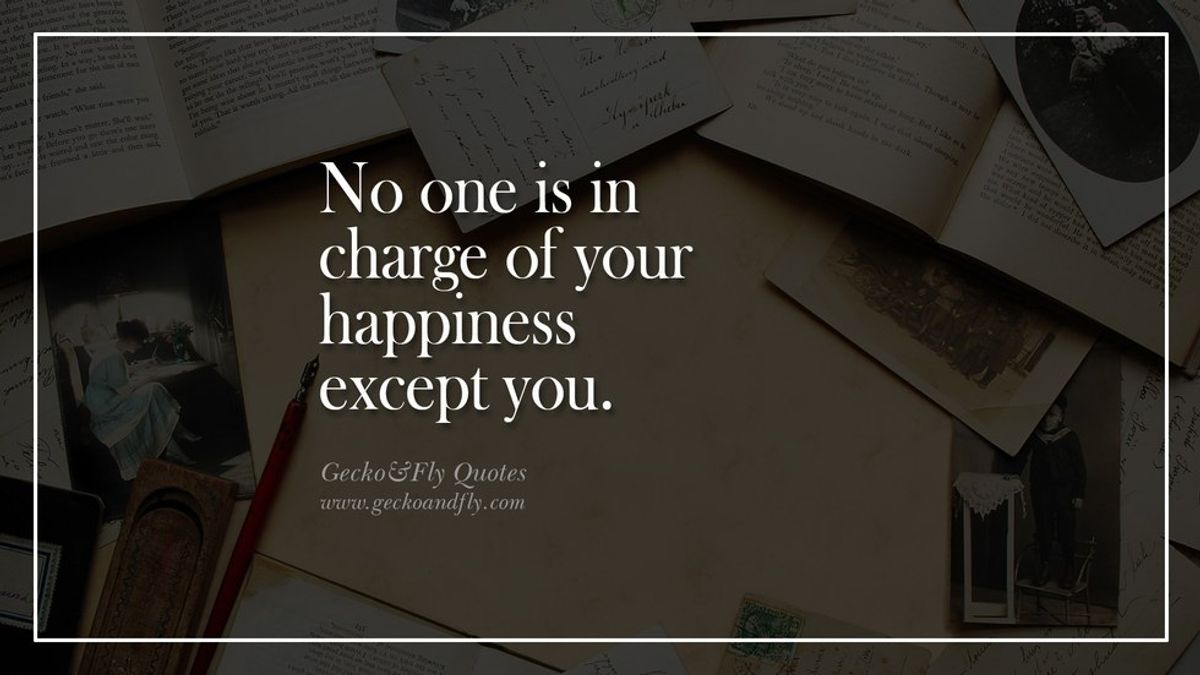 Looking at everyone around me I felt that everyone had all the answers. Everyone was confident in who they were and what direction their life was headed. I struggled with that. Regardless of everyone else I always wanted to be the person who was well rounded in what I did but had fun whether I was working or not. Ultimately I wanted happiness.

What I was defining this as was what the people I was surrounding myself were doing. How successful were they in what they were pursuing. How they were progressing in their journey in comparison to me. I saw this through friends, family, and any family friends that my parents would talk about. Seeing others succeed while I still had no clue of who I was or what I wanted put a tremendous amount of pressure on me. It was hard enough to figure life out on my own without seeing other people that I knew becoming happy and successful.

I jumped into a major in school that I realize now was something I could have avoided doing. I don’t regret it. I choose not to regret it because there is a reason that pursuing that major was part of my journey. The major I chose was something that was the complete opposite of who I am and who I ever saw myself being. It was a challenge, a challenge I enjoyed taking on. Taking on the challenge in a way showed me that I have the capability to take a journey that may not be one I want to be on but if I needed to pursue it to survive I could. It soon became more than I could handle and I began to realize I was losing myself. I inevitably failed.

Deep down I knew what I wanted. I was too afraid to take risks. I didn’t have the confidence in myself to go after what I wanted. I realized I had attempted a route that would lead me to what I thought would be security. I realized the key to everything is happiness. I was anything but happy in what I was doing. Security is nice and is something that we all need but it doesn’t define our happiness.

I took failure and did the only thing I figured out that I could do with that. I pursued my own happiness. The one thing that I knew I wanted. I still had no clue who I was going to be in the end.

Defining myself puts me in a box. It puts me into a category of traits and stereotypes that I may not wholeheartedly agree with. Defining who I was became so unrealistic. Making myself happy was more worthwhile that defining who I was. In realizing what my happiness was I found security. I realized I had a support system of people who wanted me to be happy. That alone is security in itself.

With happiness came more realization. It began to sink in how so many of these people I felt that I was competing with or tried to live up to were anything but happy. They didn’t take the risk of going after what they wanted or needed for their happiness. I encourage everyone around me to go for what they want to do. Sometimes your gut instincts are the best way to go.

I still look at the people around me and have to say to myself “finally, seven years after graduating high school I am getting my Bachelor’s Degree.” A statement that could mean many things in many scenarios. When I’m having a bad day it is another reminder that I did not keep up with everyone else. Just another thing that everyone else has on me. But more often now I look at it a little different. That Bachelor’s Degree I will be receiving will be a piece of paper I worked my hardest at earning. One day I will have a job. What that job will be I have no clue, whatever it is I hope I am happy doing what I do. That job will lead me to money which I’ll buy a car, a house, and support a family on. I will have worked hard for it, but maybe not as hard as I have worked now.

After all of this it sounds like maybe I do know who I am. But really I don’t know. People will ask me what I am doing with my life, something that could define me and who I am. Honestly, even with a major and pursuing a goal I don’t know what I am doing. I can say that I am finally happy, I will continue to do what will make me happy and not let stupid things define myself. I don’t know who I am, nor do I need to know, and that’s okay.
Report this Content
This article has not been reviewed by Odyssey HQ and solely reflects the ideas and opinions of the creator.