Don't Be An Ill-informed Voter In This Election

Don't Be An Ill-informed Voter In This Election

Research the facts before forming an opinion - then vote 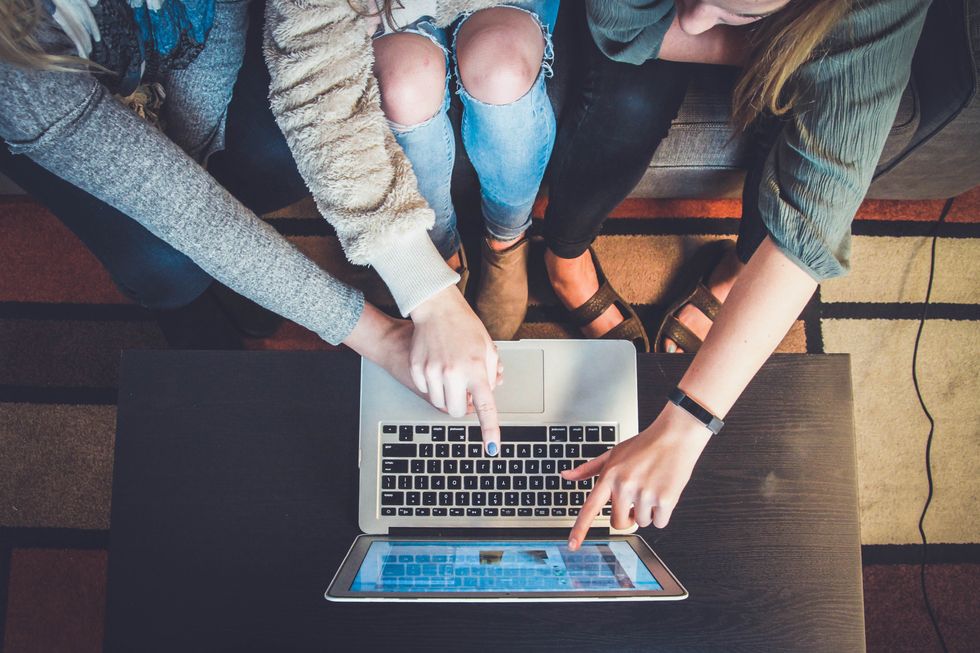 I am currently living with my grandparents in the boot heel of Missouri at their farm. There are corn fields in front of the house, a bean field behind, two cats outside who kill all the mice (thanks kitties!), and currently 5 mosquito killers inside - my aunt, my uncle, my grandma, my grandpa, and me.

At Christmas and Easter, there's about 20 mosquito killers. It's a big family ❤️

It's fun being at The Farm for a lot of reasons, but I haven't told many people about the following one until now.

One of my favorite things about being at my grandparent's farm is participating in their love of the news and the truth.

They always have the news on, and it's not just to catch the weather forecast. They love flipping between RFD News, Heartland News, CNN, One American News (OAN), EWTN News Nightly, and Fox News. My mom always brags about how Grandpa, even though he's 92, knows so much about the world. It's because he cares about the news and he cares about it daily.

What does all of this have to do with this election year?

Well, let me tell you.

If you are receiving your news and your information from just one channel, one outlet, one app on your phone, you're probably receiving very biased information that you should not trust with your whole heart.

I don't think it comes as a shock for you to read that. I think most Americans know that the news we're given today is usually biased, and full of emotionally charged words, red herrings, fear tactics, and logical fallacies that are not fun for me to watch. I want level headed debates where people produce their facts on opposing sides, argue and respond to each others arguments, and then let the audience decide what is the truth, who is reliable, and allow us a chance to think critically with said presenters.

Obviously, current news is less of a debate these days and more of a presentation - a way for people to voice their opinions and paint them as facts. Some news anchors don't report the whole story, just the snippets they want their audience to hear. Some news anchors are really good, level-headed, and keep their own opinions in the TV Makeup Room, which I appreciate.

For now. I hope it changes for the better in the future, back to old school debate and classic reporting of the straight facts <3

If you've ever seen the cartoon movie Inside Out, maybe you laughed along with me as Bing Bong (Riley's imaginary friend) said that it's okay the facts and opinions cards got all mixed up cuz "aren't they the same?" he asked Joy. It made me laugh, but SHEESh. That's a childish way of thinking, and Americans who are old enough to vote should not be childish in their thinking. They need to be critical thinkers, find as unbiased and reliable sources as possible, follow up on all the scandals and campaign promises and more to see what's really going on in this election.

Do I know everything about the candidates before this upcoming election? No.

Am I expected to know everything? No, but I am expected to make an informed choice I believe in this election year - heck - in one to two months!

Therefore, I need to do my research, and it needs to start with if President Trump completed his campaign promises.

Then I have to ask myself about the other major candidate for president - Biden.

What does he stand for? What is his track record with making change in politics (because he does have a long history of being in political power in the U.S., so this point is relevant to this election)? I also have to ask myself if I think he could do a better do a better job than Trump based on this research.

I have to weigh the two options. I have to research beyond opinions and to facts. Then, after looking at the facts, I can reach a better opinion.

If anyone out there is stressing out about the next President and this election, remember it's only 4 years if Trump is reelected and 4 years if it's Biden. I know 4 years can change a lot, but I believe America's next choice for President this fall can't screw up so badly we can't bounce back in the next election - or the one after that.

So let's take a chill pill, put on our old "I'm in eighth grade and I need to work super hard on a research project or else I'm going to embarrass myself and get a failing grade in front of all my buddies," and get to work!

Research. Pray. Research more facts. Stay up to date. Watch more than one news source, and try for CRYING out loud to find an unbiased one. They're out there. I WROTE A WHOLE ARTICLE ABOUT THIS VERY TOPIC hahaha (I'm not yelling in a mad way, I'm just trying to tell you I already did the leg work for you).

Please read the following links if they appeal to you -------

Article about how to vote by mail-in ballot or absentee IN MISSOURI this fall: https://www.theodysseyonline.com/missouri-guide-to-voting-2020-election

So Grandpa, Grandma, and all the people at The Farm who love watching the news - I'm learning so much, and that's because of you guys letting me participate in your love for the news and the truth. I'm excited to cast my vote this fall because I know I won't be ill-informed when I do.

Shout out to my Odyssey readers and the girls who let me write articles here - you guys are great and are full of so much love! Thank you for all you do.