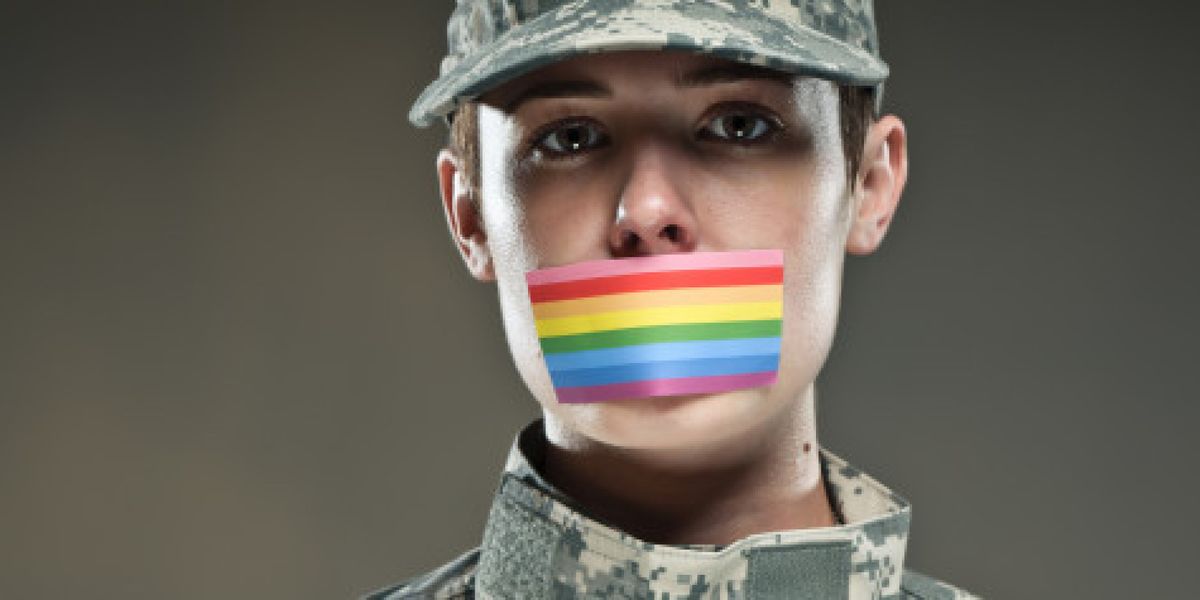 2011. Yes thats right, 2011 is when the ban of the "don't ask, don't tell" policy, banning openly homosexual men or women from serving in the military was lifted. 6 years ago.

That's it, its only been six years since openly gay Americans who are willing to sacrifice for their country, were allowed to serve. These men and women fight for our country just like anyone else, they are braver than most humans, but still even with the service they gave to our country they had to hide. But in 2011 that went away, and it was a major victory for the LGBTQ community, and for the individuals who spent time fighting for our country, as they no longer had to fight their identity.

On Wednesday, July 26th, Donald Trump banned transgender soldiers from serving in the military because of the supposed medical cost. He informed the world of this ban on twitter without any military officials knowledge, and without any real legislation. He said:

"After consultation with my Generals and military experts, please be advised that the United States Government will not accept or allow transgender individuals to serve in any capacity in the U.S. Military. Our military must be focused on decisive and overwhelming victory and cannot be burdened with the tremendous medical costs and disruption that transgender in the military would entail. Thank you." - Donald Trump

Donald Trump's excuse for his blatant prejudice is "the tremendous military costs" that transgender soldiers bring to the military budget. But, as we have learned to expect from Mr. President, this is a lie. In reality transgender soldiers in the military would raise health care costs 2.4 million - 8.4 million a year, in percentages that is 0.4%- 0.13%. That is a minuscule increase in spending. So Donald Trump's main reason for this ban has just been debunked.

Its not about medical costs, and its not about unit cohesion as there are 15,500 active transgender personnel serving in the military according to a 2014 study conducted by UCLA. So what is it about? Why would anyone in their right mind stop anyone who is willing to serve their country?

It's prejudice, it's hate, it's misplaced and unwarranted anger. It's a complex of having to take out anger on those who are different from you. It's hating yourself so badly, that you feel that you must hate other people. It's disgusting. It's Donald Trump. He's trying to turn America into a place that breeds hate and segregation of anyone who doesn't look, talk, and love like himself.

But he won't win. When this ridiculous ban was sent out with Donald's favorite little blue bird in the corner the world roared. And I promise we will keep roaring. We won't stop fighting Trump's hate.

And to the transgender community, you are not a burden. You are strong, beautiful, and loved. No legislation has been passed, but even if by some chance there is legislation we will fight it until the end of time. Don't hide, and always be who you are, because hate never wins.