I Do Not Apologize for Being a 'Social Justice Warrior'
Odyssey

I Do Not Apologize for Being a 'Social Justice Warrior' 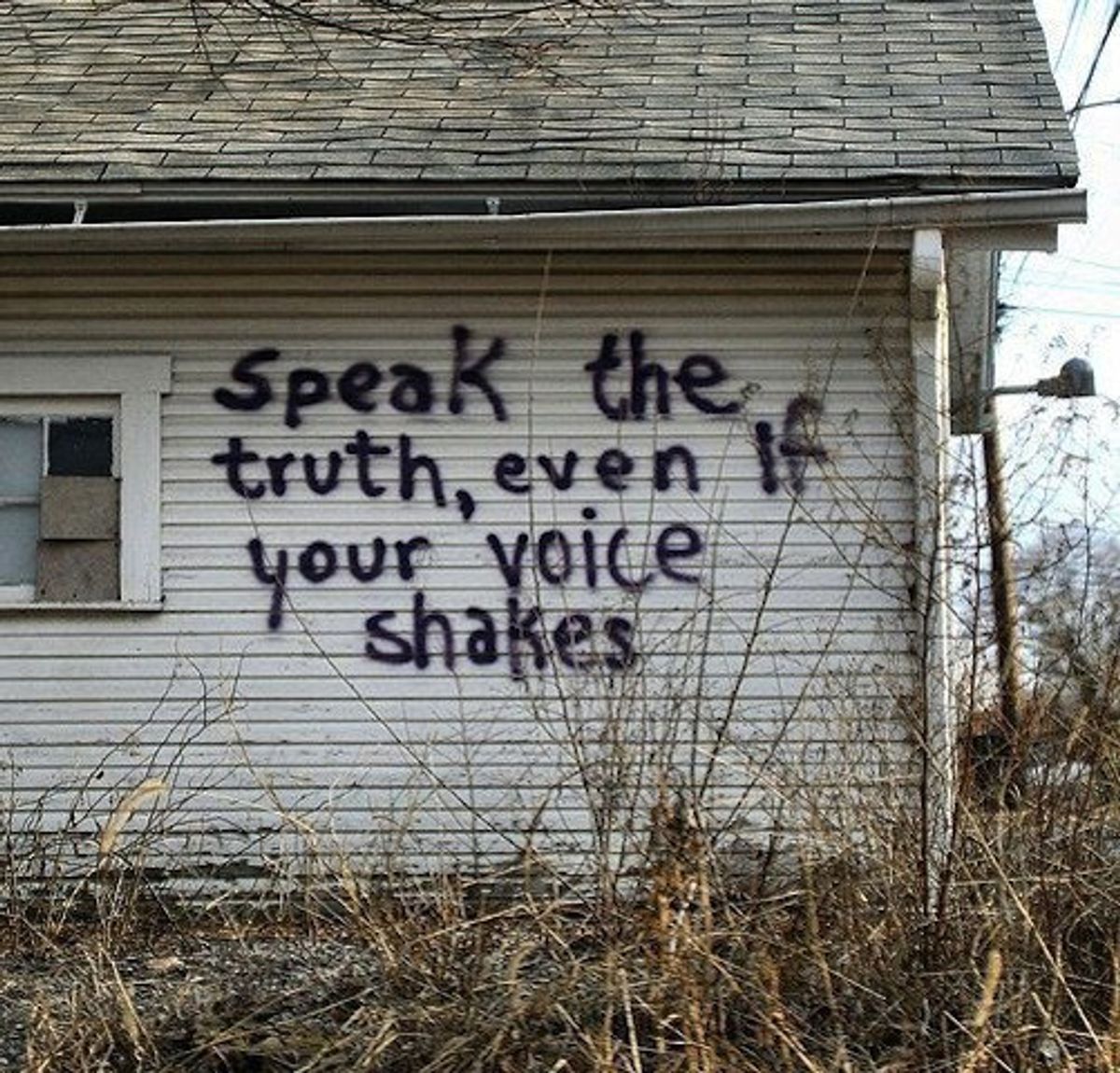 I've noticed lately that a collective derision of "social justice warriors" has risen from the depths of the Internet. The derision exists on a spectrum of annoyance to actual hatred. I don't think it's a secret that the dislike has stemmed from one thing: the challenge presented to you to reflect on your own actions that perpetuate a society of inequality. It's uncomfortable, it's foreign, and it's inconvenient to those who would rather live under the epithet that "ignorance is bliss".

I understand that people would rather live a life free of having moral issues presented to them, often unavoidably since so many of us communicate to our entire Internet audience rather than a targeted group of like-minded people (what good does preaching to the choir do?). However, willful ignorance doesn't make inequality go away. It makes it worse. If a so-called "social justice warrior" is making you feel icky inside, it's because there is a reason to feel icky.

There has never been a moment in my life when I've announced to the world that I'm a social justice warrior (or an SJW as they're called on the Internet). What actually happened is that a stranger on Reddit foisted the term on me when I was discussing patriarchy. It was meant to be an insult.

How the term is supposed to be an insult is beyond me. Social justice warriors are nothing new, and we've studied many of them throughout our lives. Without them, women would not have the right to vote, Jim Crow laws would never have been overturned, and the LGBTQ community would still be living in a world that would rather shove them back inside the closet. Without the people who have fought for equality in our nation's history, we would have an even longer way to go than we do now.

No matter how much you want to stick your fingers in your ears and yell over us, there are people who still feel deeply about the many issues that plague our society. The penal system is corrupted, the distribution of wealth is stacked against the majority of the population, certain populations have been vilified simply because of their religious affiliation or country of origin, animals are treated as commodities rather than sentient beings with the capability to feel, women are crushed by oppressive laws that don't allow them to make decisions about their own health, and we exist under an oligarchy instead of a democratic republic.

So when you stick your tongue out at me and accuse me of being an SJW, I'm not insulted and I don't apologize. When I was little, I watched numerous movies about historical issues. I vowed that I would never choose the side of hatred, because I felt so deeply about the wrong they had done. When my grandchildren watch movies about historical events in society, I want to be able to tell them that I was on the side of compassion, activism, and justice rather than the side who spat on the people they disliked. I may not be Martin Luther King, Jr., Harriet Beecher Stowe, Harvey Milk, or Malala Yousafzai...but I am fighting for positive change.

So call me what you want. This is who I am, and who I always was. I'll never apologize for it.